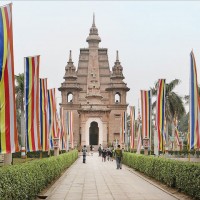 A small village in Uttar Pradesh was once blessed by Lord Buddha! This was the place from where he preached the first sermon. This was the land where he first taught Dharma and it is the same place where original Sangha took shape. Hence, with all these firsts in its kitty, Sarnath became an important
Read More 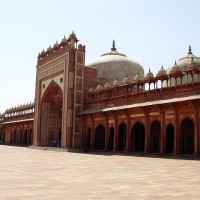 Fatehpur Sikri, a city built by Mughal emperor Akbar, is crowned as a world heritage site, by UNESCO. The city is known across the globe for its exquisite architecture. Situated at 37-km stretch from Agra, it is one among the best heritage sites which is easily connected to Delhi and Jaipur as well. The city
Read More 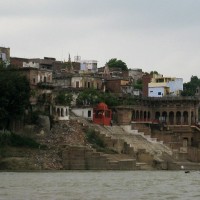 A city comprising hills, plateaus and cliffs, made a mark across the world, with its exquisite weaving! As the world recognized its talent, the global traders stated visiting this place to exchange goods and they were left appalled to see the beauty of the city. Yes, this city is Mirzapur, which has established its identity
Read More 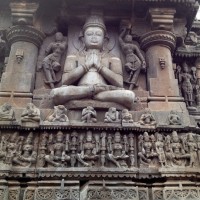 Hastinapur! It’s a city with a glorious past! While it finds mentioning in Mahabharata, it has also been a torch-bearer for historians who have been indulged in excavations here to know more about the history. It is situated in Uttar Pradesh near Meerut on Ganga’s shores. The epic tales say that it was Kaurava’s capital
Read More 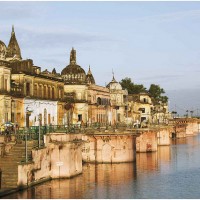 Ayodhya is a sacred city associated with many Hindu sentiments. The city has its own significance as it is considered to be the birth place of lord Rama. Its significance could be gauged from the fact that Diwali celebrations started in India when the entire city of Ayodhya was lit by lamps. It was this
Read More 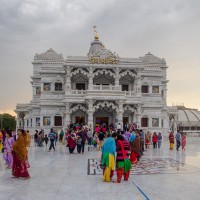 There is a small town in India with many bylanes. It is this town where Krishna grew up with his mischievous deeds and it’s none other than Vrindavan. Located on Yamuna banks, Vrindavan is 150 km from the Indian capital, Delhi, and is considered as a major pilgrimage for Hindus. The city owns many temples
Read More
This bustling old city lies on the banks of river Ram Ganga, in the state of Uttar Pradesh. This religious city has both historical significance and a rich cultural heritage. According to Indian mythology, it was the capital of Panchal kingdom and is mentioned in the Hindu epic ‘Mahabharata’.
Read More
Aligarh is a major historical, cultural and commercial city in the state of Uttar Pradesh. In 372 AD, the Dor Rajputs founded this city and named it as ‘Koli’. Later, the Mughal Empire renamed it as ‘Aligarh’. This bustling city boasts of a rich cultural heritage and a distinctive past. Apart from its cultural significance,
Read More
Noida is situated in the state of Uttar Pradesh and is about 10 km away from New Delhi. This fast-growing commercial hub forms a part of Delhi-NCR region. It boasts of developed infrastructure, modern amenities, and tourist-friendly entertainment hubs apart from is numerous shopping centres.
Read More
Formerly named as’ Kanhpur’, this urban and densely-populated city is situated in Uttar Pradesh. It is also one of the biggest industrial and commercial towns in the country. This metropolitan city has many historical landmarks, religious shrines, entertainment hubs, and theme parks which makes it one of the most-preferred tourist destinations in India and abroad.
Read More
Nicknamed as the ‘Gateway to UP’, Ghaziabad is the second-largest industrial city in the state of Uttar Pradesh. The Mughal general Ghazi-ud-din founded the erstwhile city of Ghaziabad in 1740 AD and initially named it as ‘Ghaziuddinnagar’.
Read More