There is a small town in India with many bylanes. It is this town where Krishna grew up with his mischievous deeds and it’s none other than Vrindavan.

Located on Yamuna banks, Vrindavan is 150 km from the Indian capital, Delhi, and is considered as a major pilgrimage for Hindus. The city owns many temples of Lord Krishna. Tourists from across the world throng to this place to experience spirituality. Also the Brahmotsav Festival, which is celebrated after Holi, for 10 days, is a major attraction for tourists here. The main day of the festival comprises Rath ka Mela where a big wooden chariot is dragged from Rangi temple to garden and back.

The city has major attractions and a few of them are as following: 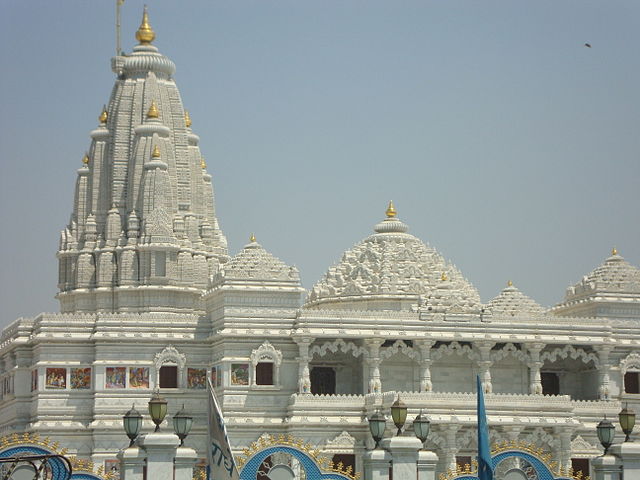 If you want to see Krishna devotees singing and dancing in praise of Lord Krishna, then you should visit ISKCON Temple which was constructed by Swami Prabhupada in 1966. The major aim of the temple was spreading knowledge and teachings of Gita. This temple is also called as Sri Krishna Balaram Temple. It was the first of its kind temple built by International Society for Krishna Consciousness (ISKCON). 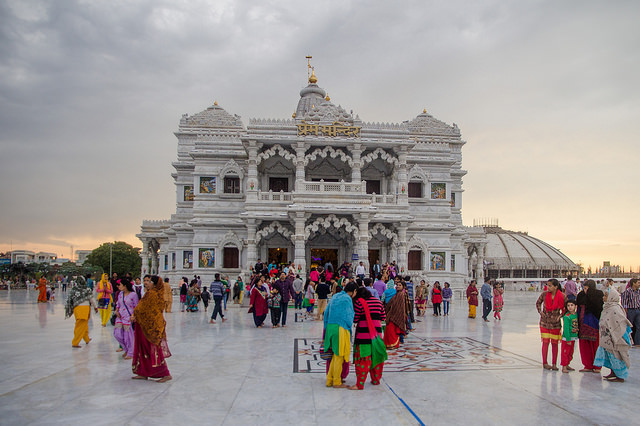 There is yet another attraction in the town known with the name of Prem Mandir of Shyama shyam Dham. Considered as the ashram of Jagadguru Kripalu Parishat, it was built in 2012 under the patronage of Shri Kripaluji Maharaj. and over all these years, it rose many echelons to gain ultimate popularity. 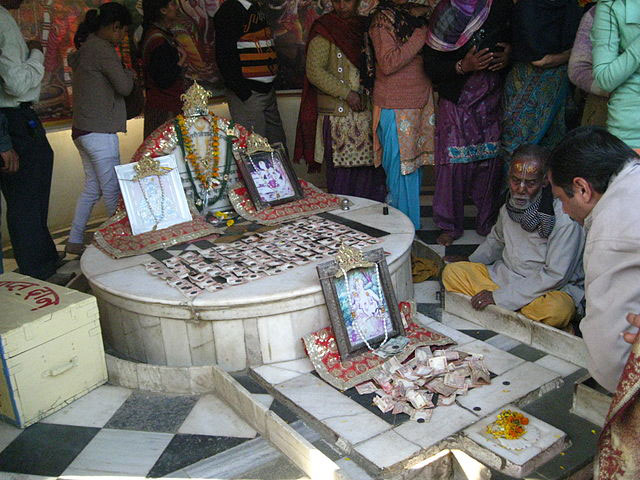 You will be stunned to see the deity in the temple in Tribhanga posture! It was built by Swami Haridas in 1864. He was one among the chiefs of the Nimbarka Sampradaya. The deity installed in the temple was once worshipped by Haridas Swami with the name of Kunji-bihari. 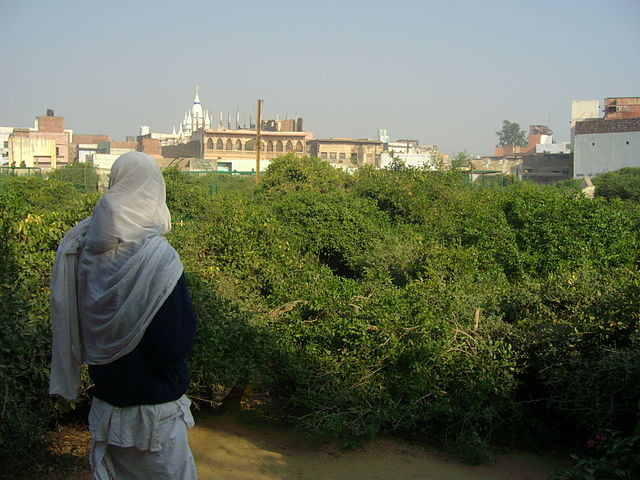 If you want to visit gardens where Krishna played ras-lila with his gopis, you should visit this beautiful temple which is thronged in huge number by tourists, nature-lovers as well as devotees, the garden houses a small temple dedicated to Radha and Krishna. It is this place, where it’s believed, that Krishna played raslila with his gopis. Also, tourists are not allowed to visit this place after it’s dark as it is believed that Shri Krishna still visits this place with Radha at night to play Raslila.

Many temples such as Radha Shyamsundar temple, Radha Damodar Temple and Radha-Vrindavan-Chandra Temple are present around these gardens. 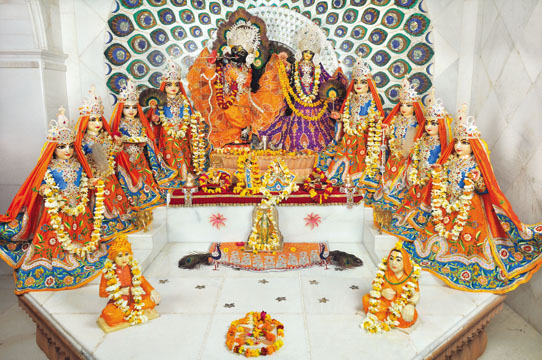 It’s the first of its kind temple dedicated to Radha and Krishna and their sakis (friends) who were eight in number and were the good companions of Radha. Divine Rasa Lila of Krishna and Radha Rani happens here, it is still believed. 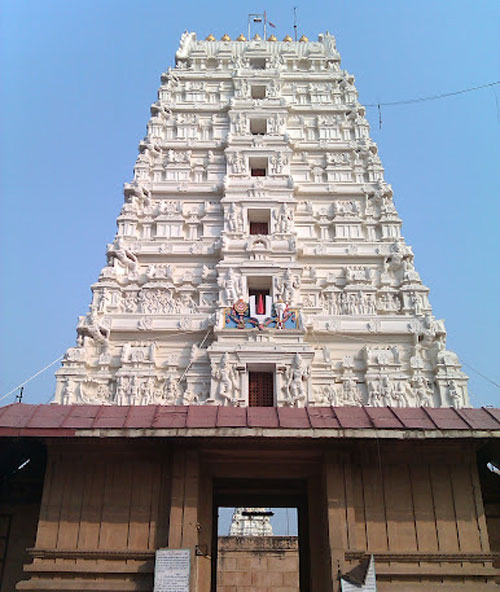 If you want to see a dravidian style temple holding a six-storey tall Gopuram, you should visit Rangali temple which is dedicated to God Ranganatha who, it’s believed, is the reincarnation of Lord Vishnu. The other unique proposition of the temple is its 50 ft. tall Dhwaja stambha (gold plated). A water tank along with a beautiful garden inside the temple complex makes this temple all the prettier. A huge rush of devotees is seen here in March and April during Brahmotsav celebrations.

There is a strong connection between Yamuna river and Lord Krishna. It’s believed that Krishna had played with his friends in and across Yamuna River during his entire childhood. The river is considered sacred as it flows through the holy city of Vrindavan and Mathura. Yamuna basically is the tributary of Ganges.

Hence, if you too want to be a part of the Krishna raas, you should visit Vrindavan once! The ambience will make you feel as if Krishna and Radha are very much part of the city and as the local folks keep narrating their stories, you will feel they are somewhere around you, engaged in raaslila with gopis!

Also if you want to wash away your sins and offer your prayers to Lord Krishna, visit Vrindavan immediately, because, Shri Krishna still resides here for his devotees!