Fatehpur Sikri, a city built by Mughal emperor Akbar, is crowned as a world heritage site, by UNESCO.

The city is known across the globe for its exquisite architecture. Situated at 37-km stretch from Agra, it is one among the best heritage sites which is easily connected to Delhi and Jaipur as well.

The city cleverly blends Indian, Persian and Islamic architecture. Sikri sandstone, that is the quarried red sandstone, has been used to construct this fort. The city is the first planned city made by Mughals. A few of the best known attractions of the city are: 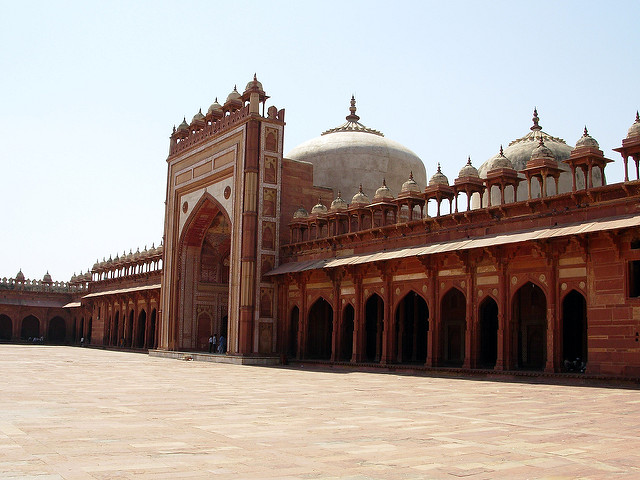 A rectangular structure built on an elevated base looks quite attractive. Constructed by Akbar in 1571-72 AD, it was built under the guidance of Sheikh Salim Chisti, who was a renowned Sufi Saint. There are beautiful chairs which have amazing brackets on its three sides. The two grand and great gateways are Buland Darwaza and Badshahi Darwaza. The colourful tiles, beautiful carvings, stones and paintings embellish the monument. The courtyard has Salim Chishti’s Tomb in its courtyard. 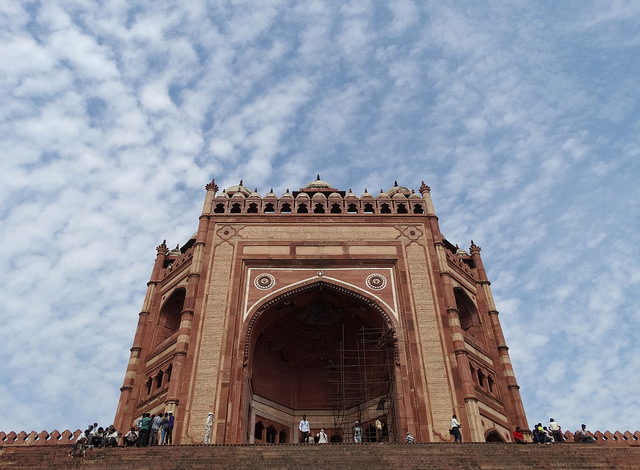 If you want to see the highest gateway of the world, you should visit this gate which is a marvel in itself. Built in 1576 AD to commemorate his victory over Gujarat, Buland Darwaza, also known as Gate of Magnificence, is the main entrance to the Jama Masjid Complex Fort. The 15-storied gateway was the southern entrance to the city which took around 12 years to be built. There is an astounding architecture which beautifully uses red and buff sandstone embellished by white and black marble. 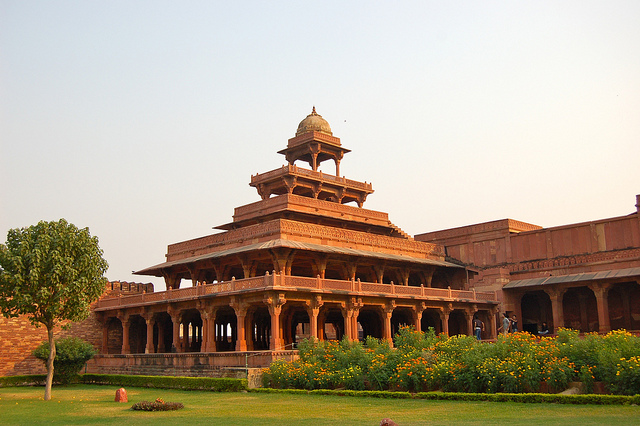 This palace was meant for recreation of queens and other females of the court. There are five pavilions, each connected to next floor, by stairs. It is situated to the northeast side of Jodhabai’s palace. it acted more like a summer retreat as well as an entertainment centre.

This comes up as the largest palace in the complex which Mughal Emperor Akbar built for his favourite queen, Jodha Bai, who was a princess of Amer and sister of Man Singh, a strong ruler of Jaipur. The palace is the fusion of Hindu and Muslim architecture. There are chairs, wall brackets, pillars, domes and niches decorated with Hindu motifs, parrots, lotus etc.

There are pretty patterns of Gujarati and Rajasthani architecture. 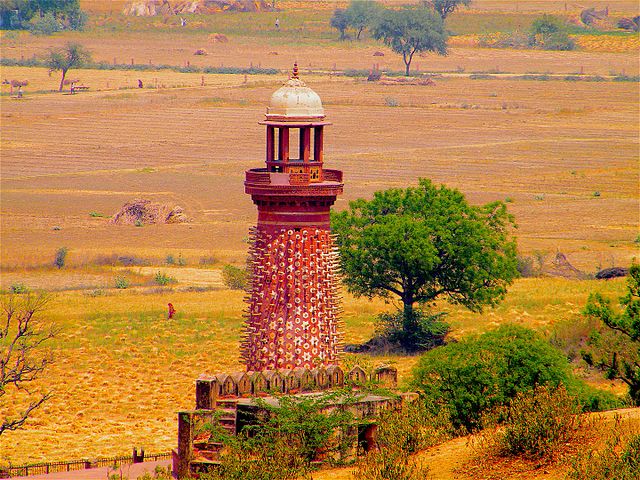 Akbar had built this tower in the memory of his favorite elephant. It also played the role of a mile post as well as a light house as it stood straight with a height of 21.34 meter.

Women and queens used to watch the sports, beast fights and wrestling games being organized in the grounds below. It is also called as the Tower of Antelope.

Once you climb 53 steps, you will be able to reach on top and enjoy a bird’s-eye view of Fatehpur Sikri.

Fatehpur Sikri, undoubtedly, is a gift of Akbar, to the world. He blended different architectures of the world to construct a legacy which stands smart today, portraying the message for world to unite. It might sound a little difficult to understand but a visit to this Mughal capital will definitely give a lesson to all, to live as one entity by assimilating all differences.