Ayodhya is a sacred city associated with many Hindu sentiments. The city has its own significance as it is considered to be the birth place of lord Rama. Its significance could be gauged from the fact that Diwali celebrations started in India when the entire city of Ayodhya was lit by lamps. It was this day when Ram returned to the city after completing his 14 years of vanvaas.

It’s considered as one of the sacred cities in India and is situated on the banks of river Saryu. It finds mentioning in Atharva Veda too which speaks of Ayodhya as a city built by Gods! Besides Hinduism, Jainism, Buddhism and Islam also prospered here.

Ayodhya also holds the credit of being the birthplace of five Jain Tirthankars including the all famous, Adinath.

Now let’s discuss the seven main attractions of the city which shouldn’t be missed by any tourist.

Do you want to see a crowning glory of Mughal architecture, a little off from Ayodhya, that is, in Faizabad? If yes, then you should visit Moti Mahal, also called as Pearl Palace. This used to be the residence of Bahu Begum, wife of Shuja-ud-daulah, who had married Nawab in 1743. 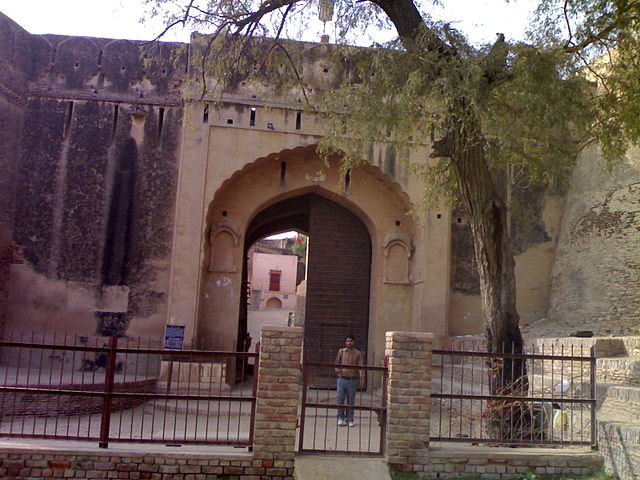 You need to climb the 76 steps to reach the temple. It’s the site, according to legends, which was inhabited by Hanuman. The land for temple construction was donated by Nawab of Avadh. Later on the construction started and was finished by 10th century, credit, the nawab’s courtesy. It’s a cave temple with an inner sanctum. This sanctum has an idol of Hanuman, when he was an infant and he could be seen lying in the lap of his mother. According to legends, Hanuman stayed in this temple to watch guard the Ram Janmabhoomi. The temple exists in the form of fort packed with four sides and has circular bastions placed in each corner.

This is known to be the place where Lord Ram performed the much-spoken Ashvamedha Yajnya.

Around 300 years back, the Kullu Raja built a new temple which was further developed by Indore queen Ahalyabai holidar in 1784.

Simultaneously, the ghats were developed here. The idols in black colored sandstone were recovered from river Saryu and they were installed in a newly constructed temple, named, Kaleram ka Mandir. 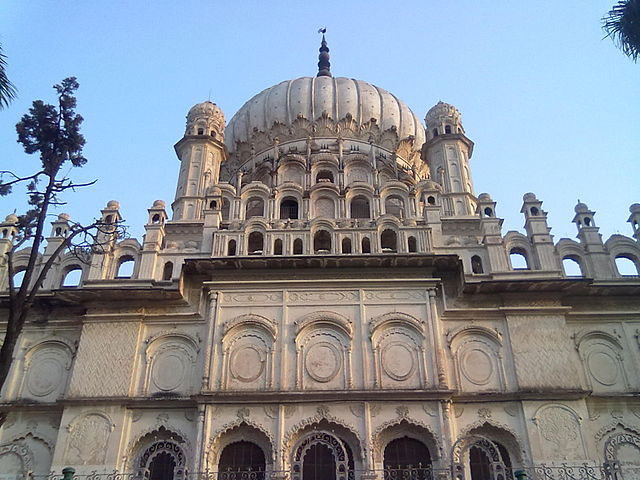 This building exists as one of the most exquisite buildings in Avadh. It was constructed on the orders of Nawab Shuja-ud-daulah who got it constructed in the memory of his beloved wife, Bahu Begum, in 1816. It did cost Rs 3 lakh to be constructed. It was built with a view to repeat the magic of Taj. There were white marbles used to build the makabra and an elevation of 42 metres was retained to ensure aerial view of the city around. 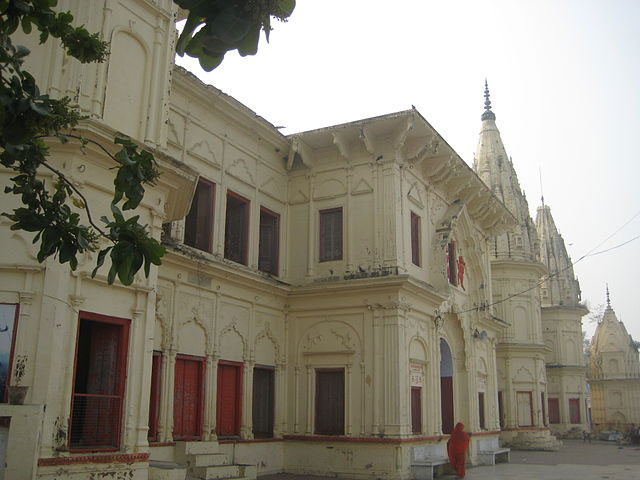 The scene around these ghats is amazing! You will see saints meditating, chanting prayers and mantras. Located on Saryu banks, it is believed that Ram took Jalsamadhi on these Guptar Ghats. People believe that one dip in these ghats can take away their pains and sins. 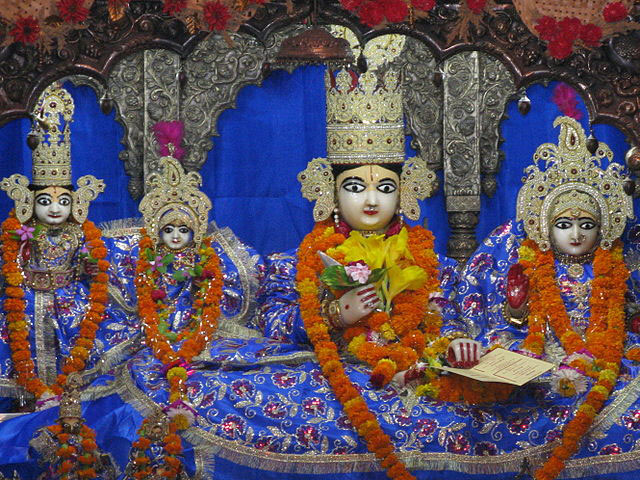 You can revisit the times when Ram and Sita were a part of this palace by looking at a few stuffs which are retained since ages. It’s also known as sone ka bhavan and was built by Rani Krishnabhanu Kunwari from Orccha in 1891. Legends say that the temple was constructed by Kaikayi for Sita and it has been restored by various kings. The inner sanctum has statues of Rama and Sita which are decorated with gold jewels and gold crown as well.

This is a place which is believed to be the birth place of Lord Rama. Till the year 1855, it was a common worship ground for Hindus as well as Muslims.

The city has many palaces, which a plaque says, has been there since Treta Yuga, which means a period from ancient India. If you too want to glance through the chapters of Indian mythology, you need to be here and find the missing links.