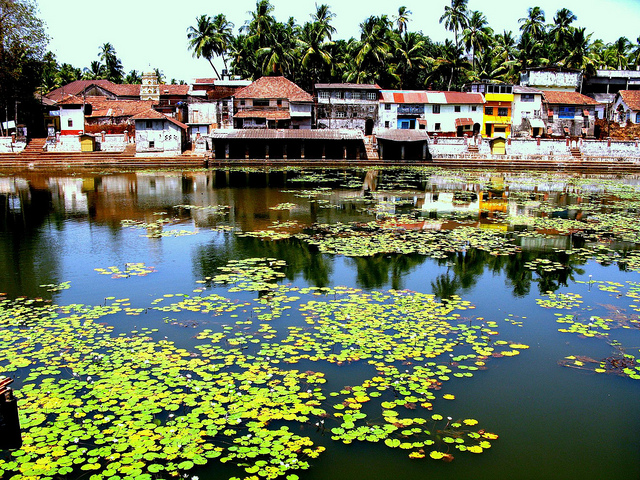 Situated in the western coast of Karnataka, Gokarna is a renowned temple town. It has also found place among the seven most important Hindu pilgrimage centers. With the main deity as Lord Shiva residing in the main temple, devotees can be seen making a beeline here to offer their prayers. Lord Shiva here is also
Read More

If you flip through the pages of history, you will find Bijapur plays an important role in various aspects. The city has many untold stories wrapped in its store. Once you start opening it layer by layer, some fascinating and interesting facts come to fore. Hence, it is a stimulating place for those craving to
Read More

History and culture go hand in hand in the ruins of Hampi. This lost city of Asia has a significant role in the tourism chapters of India. People from across the globe throng to Hampi to explore the rich history. Hampi also enjoys a significant place in the list of World Heritage Sites. It is
Read More

Mysore is a renowned city in South India which is loved and admired equally by historians, art lovers and nature lovers. Once known as Mysore in the royal era, the city has been recently branded as Mysore. The royal heritage and magnificent monuments have been luring the tourists to this city since years. What has
Read More

Known as the Scotland of India, Coorg has been fascinating tourists from across the world. Its lovely landscapes, cascading waterfalls, misty mornings and pristine surroundings keep luring the tourists. There are wide-spread coffee plantations which are surrounded by lush greenery. A wide variety of flora and fauna can be seen at different wildlife sanctuaries. You
Read More

Mangalore! The sudden utterance of this word brings to fore a city which has become synonymous to rich culture, art, heritage and history. This pristine city is surrounded by beautiful beaches, renowned temples and widespread coffee and cashew estates. It shares the credit of being one of the important port cities of India. It is
Read More
As one of the largest and most modernised cities in India, Bangalore has much intrigue to explore and experience. Also known as the Garden City, the Silicon Valley of India and the centre for the Rock Music culture in India, Bangalore has a wide range of recreational options for visitors.
Read More
Also known as the Garden City, Bangalore or Bengaluru prides itself in not only being the hub of the IT and the music industry, but also has some of the most pleasant weather to be experienced in a cosmopolitan city in India, along with tranquil gardens and breath-taking views of the sunset.
Read More