If you flip through the pages of history, you will find Bijapur plays an important role in various aspects. The city has many untold stories wrapped in its store. Once you start opening it layer by layer, some fascinating and interesting facts come to fore. Hence, it is a stimulating place for those craving to dig out historical facts.

Even for people who love architecture, Bijapur can be a paradise.

This is because the city has witnessed the most remarkable phases in history. It starts from the Chalukyas who existed in the 11th century, and then goes on to Yadava’s, Bahmani’s of Gulbarga. It then beheld the coming of the Deccan Sultanate, which was led by Adil Shah. Last, but not the least, the city was ruled by the Nizams.

Now let’s discuss six prominent attractions of the city which should be visited by history buffs to know a little more about the stories which they have read in their books. 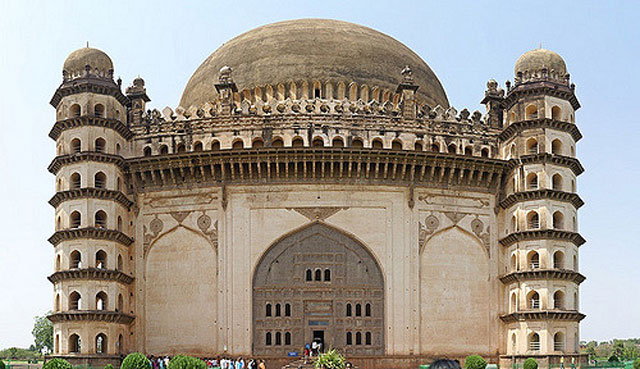 One of the most prominent places to be explored in Bijapur is the Gol Gumbaz.  It’s the largest monument and the tomb of Mohammad Adil Shah. It has the largest dome ever built second only to the world famous St Peter’s Basilica’s. There is a specialty in the building. No matter what kind of sound it is, it echoes in the structure’s central chamber. Also, the faintest of din, when made in the Whispering Gallery, is heard very clearly even 37 meters away.  The edifice houses many ruins of guest houses which are of the old era.

Also there is a hall for trumpeters which is called as Naqqar Khana.

A base structure used as an inspiration to build Taj Mahal (one of the seven wonders of the world), Ibrahim Rauza is constructed on a single rock. The features of the building are symmetrical. This place is also known as the tomb of Ibrahim Adil Shah II. 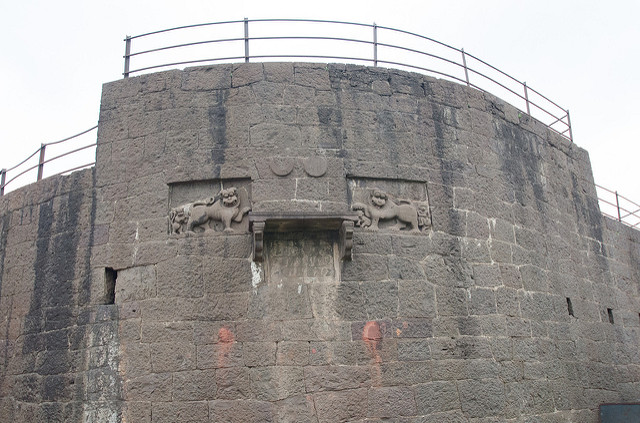 If you want to know about the largest cannon which ever existed in medieval India, you should visit Malik-e-Maidan which has an interesting story behind it.

It was 4 meter in length, 1.5 m in diameter and 55 tons in weight. Brought from Ahmednagar, this cannon had a giant size. It was constructed by a Turkish officer in Ahmedabad and according to an inscription on it, it was captured by Aurangzeb. Later General Murari Pandit took it as a trophy with him after defeating Ahmednagar. A total of 400 oxen, 10 elephants and many soldiers had to work together to bring this cannon in the battlefield.

Chand Bawdi was constructed by Ali Adil Shah, who named it after his wife Chand Bibi, to quench the thirst of migrants living inside the town. 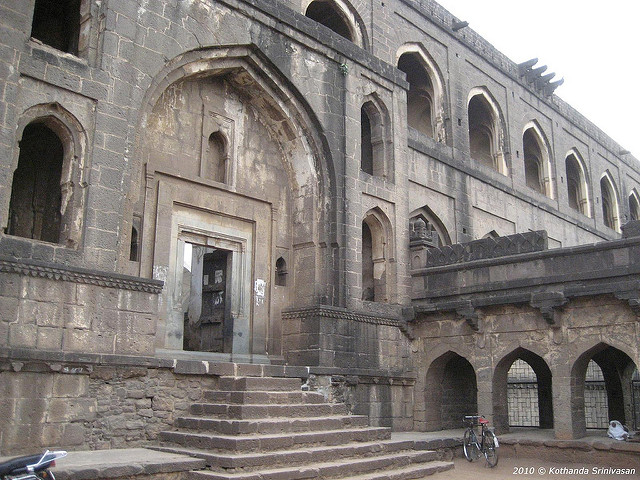 This mosque was constructed by Ali Adil Shah I in 1578 after winning Vijaya Nagara in Rakkasagi – Tangadagi battle in 1565. It is one of the largest mosques built in South India. Around 2500 persons can offer prayers at once in this mosque.

The Almatti Dam, built on Krishna River, is the main reservoir of the Upper Krishna Project. Krishna River Project comes with seven terrace gardens which are renowned picnic spots in the dam area. There is an artificial forest with several wild animals too.

Bijapur is one of the most informative places which speaks stories of different eras, ruling regimes and rulers. It also narrates the tales of many battles fought and of the many buildings which came up after the battle. Most of them were constructed as a mark of victory. No matter whether you are a history buff or a research geek, Bijapur could be the best destination for you as it unfurls lot many stories which will definitely appeal to you.