Mangalore! The sudden utterance of this word brings to fore a city which has become synonymous to rich culture, art, heritage and history. This pristine city is surrounded by beautiful beaches, renowned temples and widespread coffee and cashew estates.

It shares the credit of being one of the important port cities of India. It is surrounded by Arabian Sea on one side and Western Ghats on the other. The city can be explored on a larger scale to dig out historical details as it was once ruled by rulers such as Kadambas, Rashtrakutas, Vijayanagar dynasties, Portuguese and Hoysalas.

The city is thronged by tourists from across the world who come here to explore the rich culture, ancient history and interesting heritage of the erstwhile era. The architectural wonders created by various dynasties are another point of attraction for the tourists in Mangalore. The traditions of people of Mangalore are displayed via folk dance and art forms.

The city is also surrounded by many mystical attractions. Now let’s peep in to the five most beautiful attractions of the city which should never be missed:

Formed in the year 1912, this temple has been a witness to the fight which once occurred in Kerala to ensure right to equality to all. In those times, the temples were banned for backward and downtrodden classes. Hence the Bilava community leaders went to their community Guru, who was ‘Brahmashree Narayana Guru’. At that time, he had triggered divine movement favouring One Caste, One Religion and One God principle. Around 101 temples were constructed in Kerala ensuring equal rights for all to offer prayers.

Senior leaders from the community pleaded with Guruji to extend this movement to Mangalore. Guruji then consecrated the Shivalinga which he had brought to Kudroli temple in Mangalore. Kudroli Shree Gokarnanatheshwara Kshethra temple today stands with pride in Mangalore.

Many pilgrims from different castes come to offer their prayers here. It is believed that people are cured of their ailments by God’s grace.

Situated 4-km away from Mangalore, a picturesque scene of natural beauty surrounds this temple.

The main deity in the temple is Manjunatha.  The devotees here are attracted to ‘Yogi Mata’ temple situated at the East and the ‘Caves’ situated on the hilltop.

Seven ‘Kundas’ (ponds), with holy water, are situated in the North.

This water keeps oozing out of a small tunnel, which is designed as a cow’s head and is called ‘Gomukha Teertha’. The holy water flows from ‘Holy Kashi’, in the form of River Ganges called as ‘Bhagirathi Teertha’.

The name of this temple finds place in ‘Bharadwaja Samhite’, a famous epic. 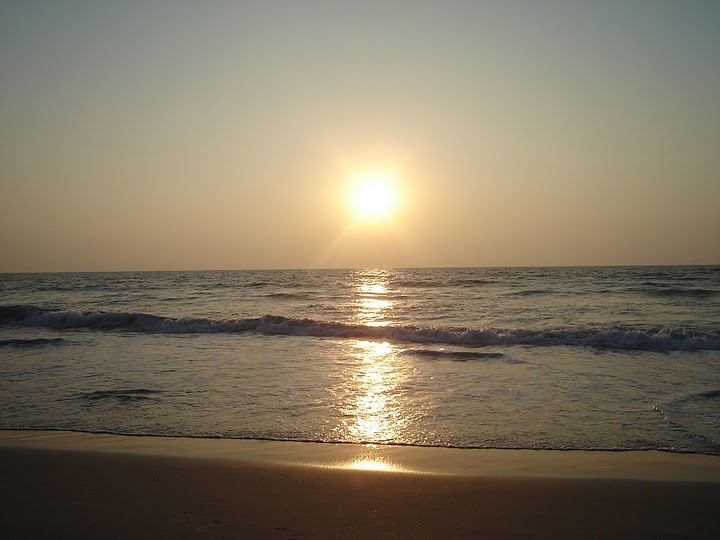 Located near a place called Panambur, this beach gives you a pristine view symbolising a river’s calmness along with movements of the waves of the sea. It’s not a crowded beach and hence you can enjoy the ultimate beauty of nature around.

If you want to revel in secluded nature, this could be the best place for you.

Built by Father Joseph Willy in 1884, this chapel is yet another attraction in Mangalore. There are numerous paintings adorning the walls portraying the work of renowned painter from Italy, Antonio Moscheni.

It was built to pay homage to Aloysius Gonzaga, a famous personality who initially was an Italian aristocrat but later became a member of the Jesus Society.

Jesuit saints, the Church saints, and Jesus’s life is also depicted in these paintings. 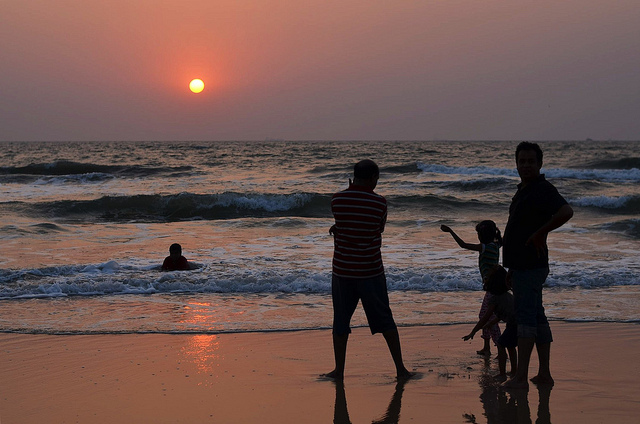 There are loads of fun activities such as jet-ski, boating, horse and camel rides etc. on this beach. Also, a renowned Nandaneshwara temple is situated here in Panambur near the beach.

This beach is located near the New Mangalore port, which is one of the most loved, clean beaches in the city. There are blue skies, wide-spread sea and dusty sand around. This beach gets a pinch of color in April, as it hosts a mega-kite festival.

Mangalore is a place where you can broaden your horizons. This city promises learning, excitement, fun and adventure. It enjoys the credit of being a mystical, beautiful destination which promises lot of adventure activities.

So plan your journey in this pretty city to experience some of the most unforgettable moments of your life!