Situated in the western coast of Karnataka, Gokarna is a renowned temple town.

It has also found place among the seven most important Hindu pilgrimage centers. With the main deity as Lord Shiva residing in the main temple, devotees can be seen making a beeline here to offer their prayers. Lord Shiva here is also known as Mahabaleshwar. Besides pilgrims, there are many tourists thronging the place to see the beauty of unspoilt beaches. Gradually and slowly, this place has found place on the voyagers’ map and even the western explorers can be seen enjoying the surroundings here.

Now let’s discuss the prominent sites of this town which tourists shouldn’t miss. 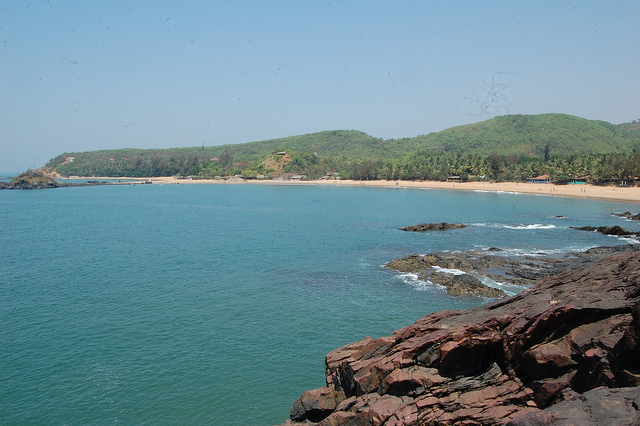 Photo by Abhijit Shylanath, CC BY 2.0

The most unique proposition of this beach is that it exists in the shape of Om, the auspicious symbol of Lord Shiva. The beautiful beach finds place between the sand, hills and sea. It is situated a kilometer away from the city Centre.

Tourists keep flocking here from across the globe. The naturally shaped Om has been a point of attraction for devotees. 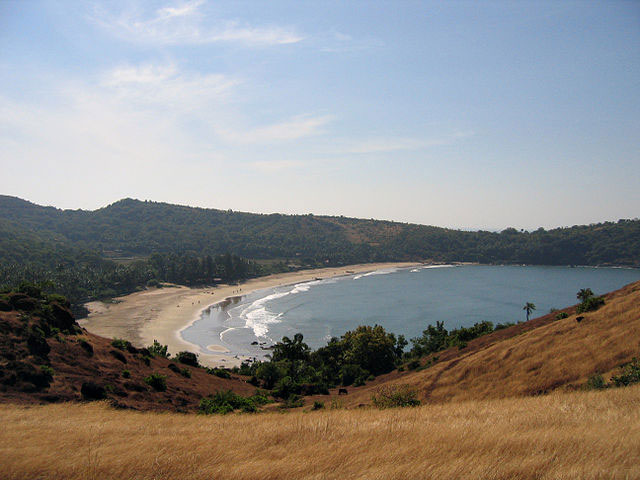 Kudle beach enjoys equal popularity as that of Om beach. It is at a 20-minute walking distance from the periphery of Gokarna. Simple huts and beach-side eating places are something which adds more to the travelers’ delight here. This beach is blessed with a pure white sands which spread for a kilometer. Tall palm trees surround this beach. 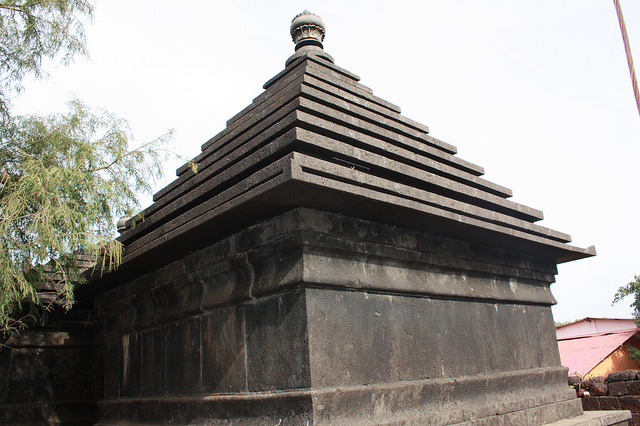 Those who are unable to offer prayers at Shiva Temple in Varanasi can offer their prayer at this temple. Mahabaleshwara Temple is equally sacred and pious as the Shiva temple at Varanasi or Kashi in North India. And therefore, it is also called as Dakshin Kasi. It is situated 1 km from the city Centre.

There is a Shiva Lingam inside the temple which is called as the Atmalinga. It is the main deity which is worshipped in the Mahabaleshwar temple. 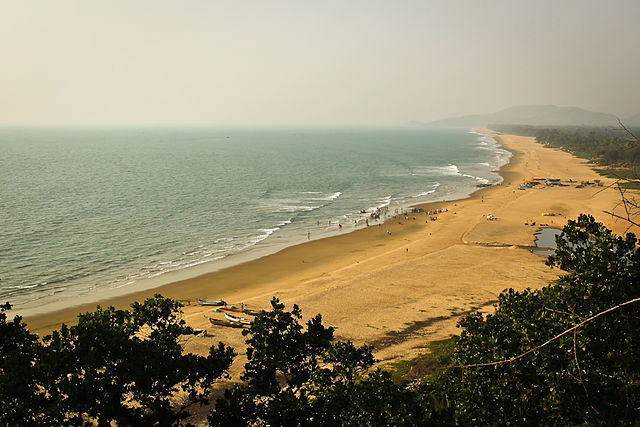 Photo by Nechyporuk Iuliia, CC BY 3.0

This beach is situated very near to Mahabaleshwara Temple. Being very popular amongst pilgrims visiting the temple, this beach is never seen without a crowd. The Gokarna Beach defines the town’s coast and can be seen followed by the Main beach in the town in the northern direction. However, the other four beaches are seen in the South.

With a black stone idol of Lord Ganesh which is 1.3-meter-high, this temple ranks number 2 on the popularity chart after the Mahabaleshwar Temple. The temple has a significant story behind it which goes back many centuries. Ganesh once was successful in taking back the atmalinga from Ravana. It was at this time when Lord Shiva blessed him with the honor of being worshipped first in all rituals and ceremonies. According to the story, all pilgrims need to worship at Lord Ganesh temple first before worshipping at Mahabaleshwar temple.

The religious sentiments run high as one enters this pious town. Those who come with a wish to offer their prayers never forget to visit Mahabaleshwar and Maha Ganapati temple. However, there are many tourists visiting here from foreign nations who fall in awe of the beauty of the pristine beaches here.