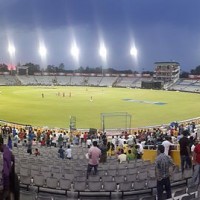 Are you aware that there exist three cities which form tricity in Chandigarh? Yes, it’s true that Chandigarh does form tricity with two other cities, namely, Panchkula and Mohali. This city has been known on global front as it has been hosting many international cricket matches, including the world cups. Hence, it won’t be wrong
Read More

Chandigarh is one of the most amazing cities in North India; a joint capital of Haryana and Punjab, known for the vibrant and hospitable people and the amazing food! Here are the ten places one can visit in Chandigarh. How to Get There By Air: There is the Chandigarh Airport and there are many flights
Read More

The princely state of Kapurthala (the land of Kapur) in Punjab was founded by Rana Kapur in the 11th century. This Doabi land also known as the city of ‘Palaces and Gardens ‘alongside Faridkot, Bhatinda, Gurdaspur is a cornucopia of mystifying vistas and a tourism jackpot waiting to be explored! Be it a devout person
Read More