Are you aware that there exist three cities which form tricity in Chandigarh? Yes, it’s true that Chandigarh does form tricity with two other cities, namely, Panchkula and Mohali. This city has been known on global front as it has been hosting many international cricket matches, including the world cups. Hence, it won’t be wrong to say that it has been a mecca of cricket lovers.

The city is also home to a few of the most amazing places which have been luring tourists from across the nation and the world. Here are the top five places which are must to visit when in Mohali: 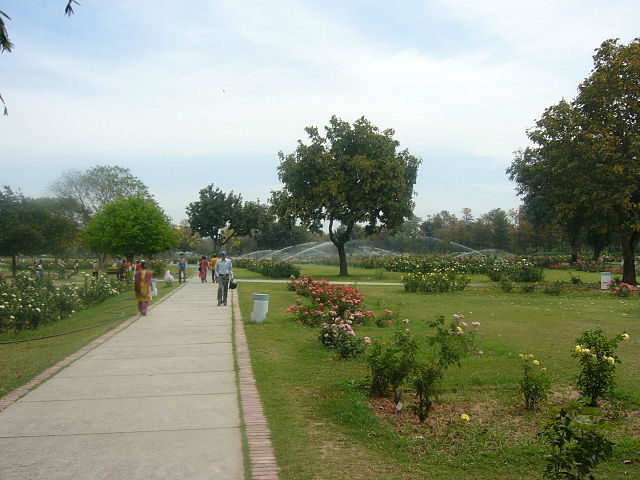 Do you know that Chandigarh houses one of the Asia’s largest rose gardens? This garden houses over 1600 rose varieties. Also there are over 17000 plants spread over 27 acres of land. Many other plants and trees have made this garden their home. They are yellow-gulmohar, bahera and camphor. What adds more value to this garden is the presence of several medicinal plants here.

A large number of tourists visit here in the months of February and March as it comprises the spring season and roses are in full bloom in these seasons.

The Rose Garden is also famous as Dr. Zakir Rose Garden. Established in 1967 with the untiring efforts of late Dr. M. S. Randhawa, (first Chief Commissioner of Chandigarh, this garden witnesses a large number of footfall from its visitors. 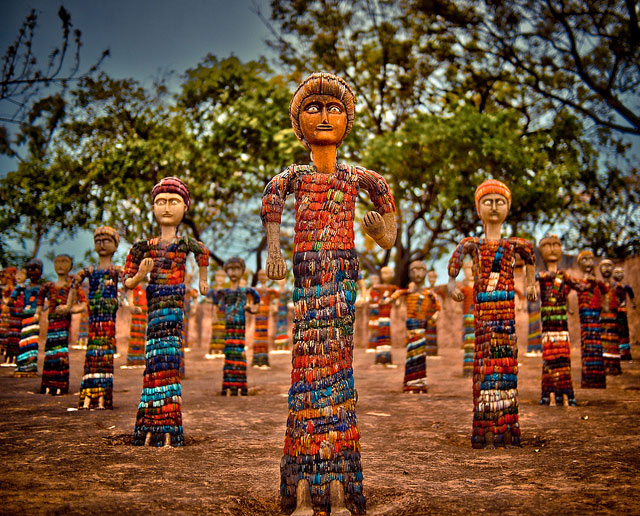 Photo by James Southorn, CC BY 2.0

Can you imagine how small and broken pieces of chinaware, tubes etc could make a beautiful garden? It’s really hard to believe but the Rock Garden is one such entity formed with broken and waste material. Situated between the Capitol Complex and serene and calm Sukhna Lake in Sector 1, it is made its mark on the global map of tourists.

The credit for the construction of this garden goes to Nek Chand, who was a Road Inspector in the Engineering Department in Chandigarh Capital Project. The pretty garden sprawls over several acres. The way he has used discarded waste minerals such as metal wires, auto parts, marble, mudguards, handle bars and stones is surprising.

The garden has a beautiful entrance which is made up of rocks, boulders, broken chinaware, discarded fluorescent tubes, broken glass bangles etc. Coal and clay, building wastes, etc. has been used to build palaces, soldiers, monkeys, villages and women etc. There is a waterfall, numerous pools and an open air theatre in this garden which are yet another attraction for tourists. 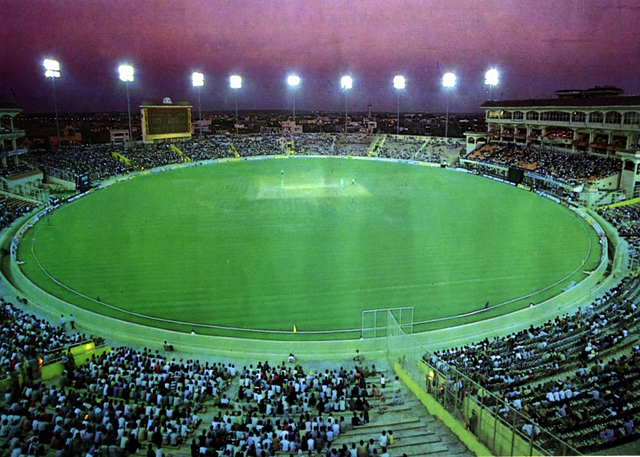 Photo by The strokes, Public Domain

The Mohali stadium, which has a proper name as Punjab Cricket Association Stadium, has been holding important sports event. The stadium has been approved by the BCCI and has therefore witnessed the organising of many national and international games. It enjoys the most unconventional lights compared to other cricket stadiums. The light pillars are very low in height to avoid aircraft collision from the nearest airport.

Do you know that there is an antiquated tree within the premises of a gurudwara which bear sweet fruits throughout the year? This place is none other than Gurdwara Amb Sahib which is among the historic and religious places in Mohali. This place was visited by the seventh guru of the Sikhs, Guru Har Rai. This name is derived from Amb, which means mangoes in Punjabi.

Mohali has been blessed by nature also and houses beautiful lakes and parks. Mataur Lake and Silvi Park are two such attractions which are being visited by many people of all ages.

If you too want to see some of the amazing places which are most distinguished in itself, you should also visit this place. You will definitely be in for a shock and surprise to see the most ultimate attractions existing here.