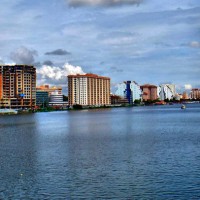 Kochi, popularly known as Cochin is port city which is part of the Ernakulam district in Kerala. Having been located on the south-west coast and the Arabian Sea and the Laccadive Sea on its side, there are a lot of beautiful, scenic places by the beach and here are the twelve places on a can
Read More

Do you know about a city which houses the largest fresh water lake, Sasthamcotta in Kerala – and which is also a leading center for fishing in Kerala? This city is situated to the north of Thiruvananthapuram and is a hub of India’s cashew trading as well as processing industries. It is also known as
Read More

This is the city which has something in store for everyone! Be it pilgrims or nature lovers, history buffs or culture fans, the city impresses everyone alike with its precious assets. There are long-spread beautiful beaches, pristine hill slopes, lovely lakes, age-old monuments and renowned religious centers which are set up against the vibrant cultural
Read More
Formerly known as Trichur, this popular city of Kerala is considered as the cultural capital of the state. This place is dotted with many cultural institutions, wildlife sanctuaries, backwater regions, waterfalls, temples, churches and picnic spots. Undoubtedly, it’s a haven for tourists, pilgrims, art connoisseurs, and wildlife lovers, alike.
Read More