Kochi, popularly known as Cochin is port city which is part of the Ernakulam district in Kerala. Having been located on the south-west coast and the Arabian Sea and the Laccadive Sea on its side, there are a lot of beautiful, scenic places by the beach and here are the twelve places on a can visit in Kochi.

Summers (from March to May) are very hot and humid and are best avoided. The best time to visit would be from September to March when the weather is very pleasant and salubrious. From June to August is the monsoon season and is pleasant for the indoorsy. 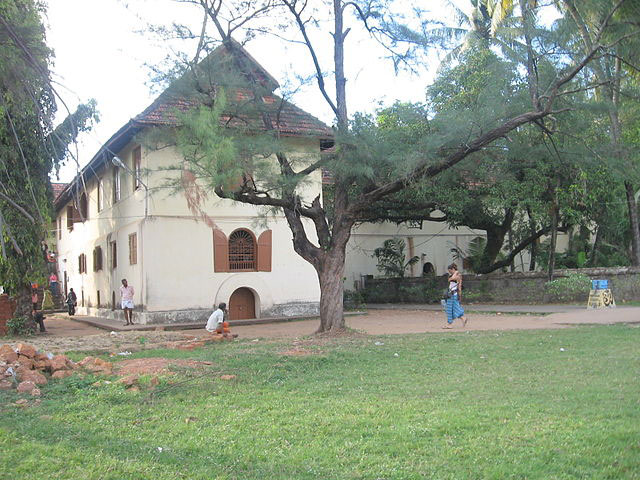 Kerala is known for showing predominant influence of foreign architecture and culture with the churches and forts and the many palaces that were built. The Mattancherry Palace located in Mattancherry in Kochi is one such reflection. In a vast landscape stands a structure which is of traditional Kerala style with a beautiful courtyard and trees all around.

There are two temples on two sides of the palace, one dedicated to Lord Krishna and the other one dedicated to Lord Shiva. This is in addition to the Bhagavati temple in the courtyard. The beautiful European style arches are infused with the Kerala style and the intricately carved ceiling and the traditional, burnished Kerala flooring is just a beautiful takeaway. 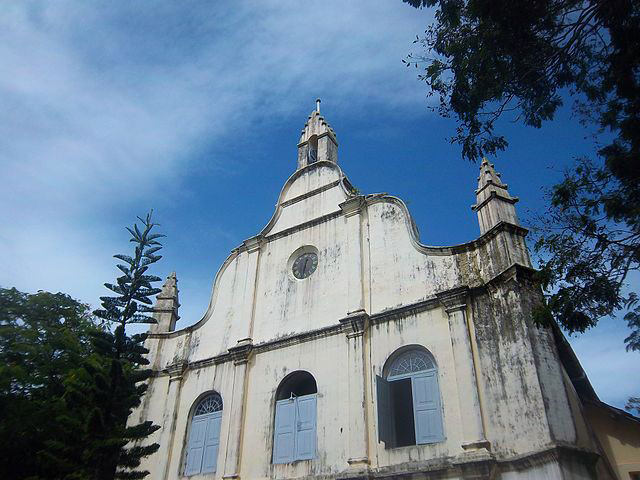 The heavy European influence in Indian culture and lifestyle is indubitable and when it comes to churches, one can see the variety of different styles that pan out, varying from state to state.

The St. Francis Church in Fort Kochi is an ancient and elegant European styled church. Dedicated to Santo Antonio, the church looks amazingly pure and white in daylight and beautifully lit in the night. The tile covered, roof built of timber and the ancient look which the church emanates along with the stepped pinnacle, chancel roof and the rustic plain arch just takes one back in time. 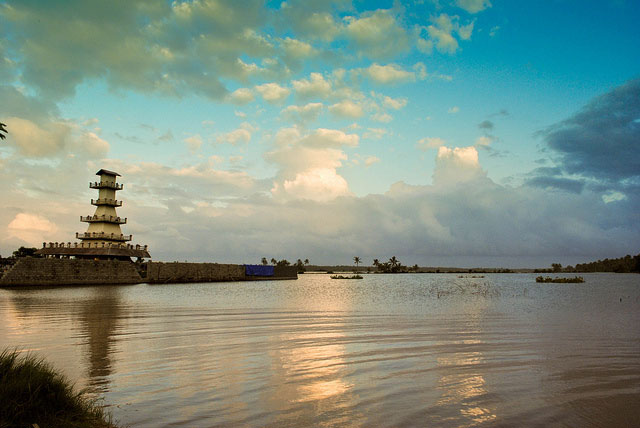 When one travels to a coastal region, one must have at least one part of their day dedicated to a long walk on the beach. The Cherai Beach which is located in Vypin Island, about 25km from Cochin is one of the beautiful beaches one can see in Kerala.

This sandy beach is clear and clean and less crowded; the waters just brushing your feet, calling you in to view the beautiful sunset and the coconut grooves and the beautiful seashells on the sand is just awe-inspiring. Remember to just chill out on this beautiful beach and just breathe in the fresh air and lie back watching the sun go down.

Showcasing memorabilia, relics and souvenirs from older times which show a heavy influence of the Portuguese on Indian culture is what the Indo-Portuguese Museum located on Bishop Kuteera Road in Fort Kochi is known for. There are five important sections in the museum, Altar, Treasure, Procession, Civil Life and Cathedral.

The heritage of the Catholic community is well preserved and vestments, silver processional crosses, altar made of teak and the most important, the basement where the remains of the Portuguese Fort Immanuel is contained is a sight one cannot miss. 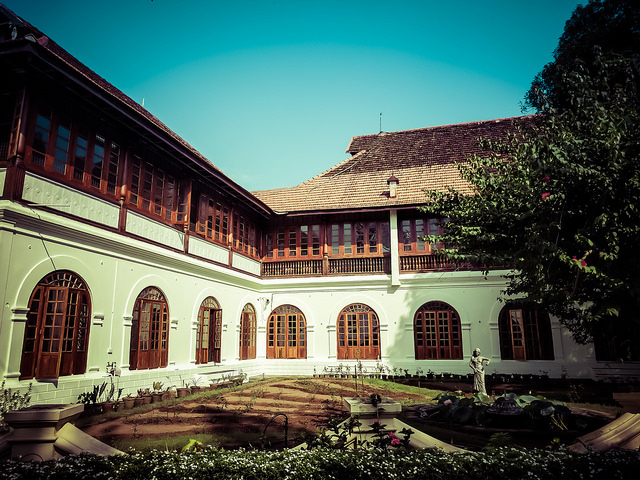 Kerala has a lot of knowledge and history and culture to propagate and the museums here are one of the most amazing storehouses of knowledge. The Hill Palace, which is located on the Hill Palace Road, Tripunithura, is one of the largest archeological museums in Kerala.

There is a heritage museum, deer park, children’s park and a pre-historic park. There are fourteen different categories of exhibits which include crown and ornaments of the former royal Cochin family. The treasured gold crown which is embedded with valuable coins and beautiful, precious stones and large majestic beds are some amazing things one can see here. 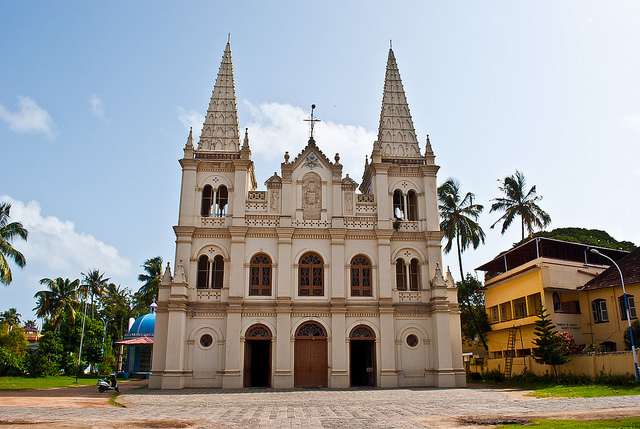 Given that Kerala is a place which sees heavy influence of Portuguese and the Dutch, the edifices of religious centers such as churches serve as a pond of reflection where we witness such fusion of styles.

The Santa Cruz Basilica located in Fort Cochin is an example. It is one of the oldest churches in the country and one of the eight Basilicas. There is a granite pillar which is situated on the southeastern corner of the Basilica, which is what remained after its destruction. This five-hundred-year old cathedral’s architecture is a fusion of Indo-European and Gothic style and to add, there are Italian paintings which are sheer magnificence and enrapturing. 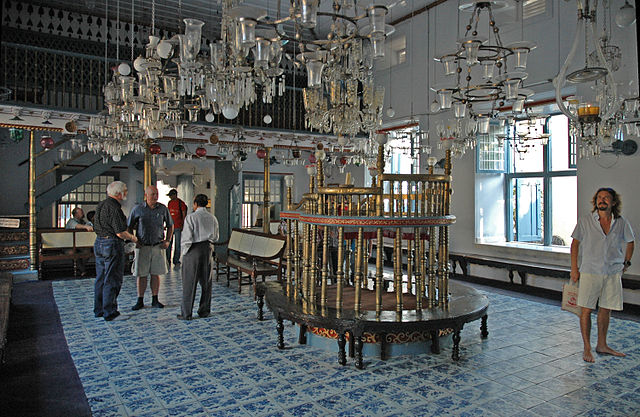 Just when one thinks, Kochi is mainly a centre for Christianity with the many beautiful basilicas and cathedrals, the Paradesi Synagogue located in Mattancherry, Kochi pops into the picture. Being one of the seven synagogues of the Cochin Jewish Community, this Mattancherry Synagogue is an orthodox Jewish religious center, with separate seating segments for men and women and the worshippers must enter the synagogue barefoot.

One can see Hindu influence here, where varied hues of clothing are used for each festival. There are many antique objects such as the Scrolls of the Law, Belgian glass chandeliers, brass-railed pulpit and various other objects. One must visit the place to get a glimpse of a Jewish religion and its specifics. 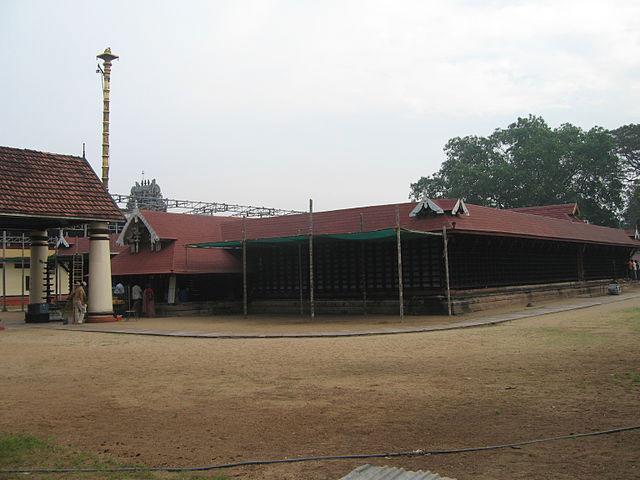 Located on the Durbar Hall Road is the Ernakulam Shiva temple in Kochi. It is temples like this and the beautiful scenery which has made Kerala, God’s own country. Dedicated to Lord Shiva, also called Ernakulathappan this temple is being one among the seven royal temples of Kochi Maharajas.

The legend of this temple is deeply tied with Mahabharatha and mainly Arjuna and his devotion to Lord Shiva. Apart from the Gowrishankara form of Shiva in the sanctum sanctorum, there is the linga which is believed to be Swayambhu. There is the Kirthamurthy shrine on the northern side and Lord Ganapathi’s shrine on the southern side.

There is also a small area which lies behind the main sanctum sanctorum and is dedicated to Goddess Parvati. And there are many other temples in the vicinity of this temple, so one can have that complete religious tour.

Every coastal region has a Marine Drive! The beautiful long promenades, the cool breeze from the sea and the azure open sky above is just refreshing! A walk facing the backwaters of Kerala with near and dear ones is something we all yearn after a long day.

There is also a shopping centre, many fast food joints and boat jetties found along the walkway. The Marine Drive extends from the Jankar Jetty to the Ernakulam Boat Jetty and there are many important landmarks such as The Marine Walkway, The House Boat Bridge and The China Net Bridge.

Night time is the best time because the whole promenade is lit up and the waters reflect the different lights in a sheer display of magnificence. 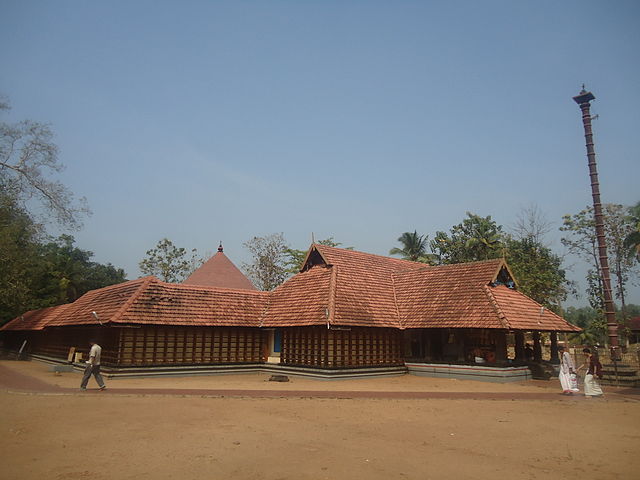 Having the privilege of being one of the very few temples dedicated to Vamana is the Thrikkakara temple, Thrikkakara near Kochi. This Divya Desha has a main sanctum sanctorum which holds Lord Vamana whose form is places his foot on Asura Mahabali.

There are many sub-deities such as Bhagavati, Sastavu, Naga, Brahmarakshasa which are worshipped here. The Chuttuvilakku, which is a series of a thousand lamps translating to ‘surrounding lamps’ lies ensconcing the inner walls and is just beautiful.

There is the Kapilatheertham pond which lies to the north of the sanctorum and another one outside the temple complex, and both have a lot of significance especially during Onam celebrations. 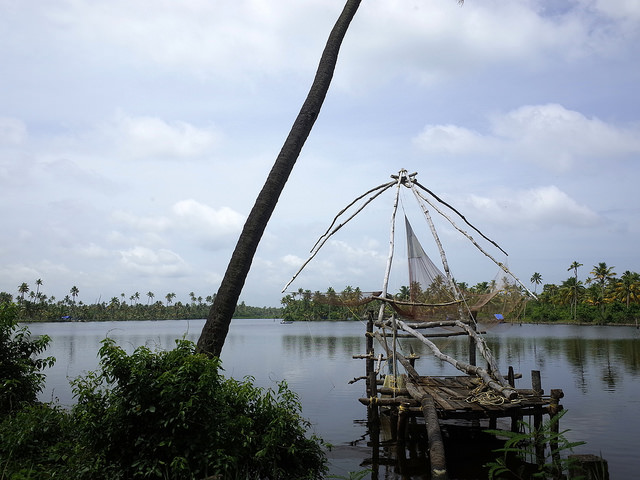 Also known as Old Kochi or West Kochi is the beautiful, old town of Fort Kochi which is best explored on foot. There is the Fort Immanuel, which comes near the K.J Herschel Road and is a strong symbol of the deep Portuguese alliance with the then Maharaja of Kochi, a little further away is the Dutch cemetery, which has many tomb stones of European colonial visitors.

The sea is the best place to be nearing evening and the Cochin club, which is a strong reminder of the British ambience, has a voluminous library and a nice collection of trophies and other antiquities. The Vasco-da Gama square, Princess Street and Pierce Leslie Bungalow are a few other places one can visit in Fort Kochi. 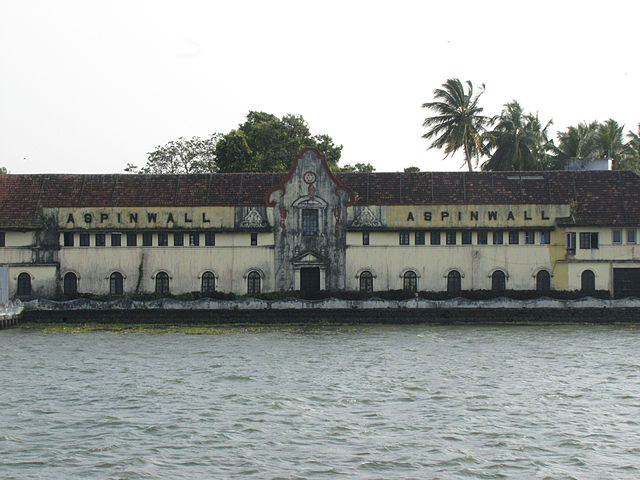 Aspinwall, Photo by Vaikoovery, CC BY 3.0

The Willingdon Island in Kochi is a perfect combination of human and nature interaction tangled with development! This artificial island which is the largest in India is the navy hub of Kerala. The Kochi Naval Base (Southern Navy Command) is one of the important things Willingdon Island is known for.

There are commercial and Industrial centres and it strategically forms a bridge with other seaports around the world. There are many fancy hotels and a large aerodrome of the Royal Air Force nearby. One must make it a point to visit this place and marvel at the advanced economics and industrial sector of Kerala.

Kerala has many sobriquets and ‘God’s own country’ is the most apt one. The places here are so beautifully maintained and made palatable to the public that one cannot but envy the amount of tourism it gets. One must visit Kerala at least once a year to be transported to a beautiful, different planet!