A major city in Andhra Pradesh, on the banks of the river Krishna and also known as the business capital of Andhra Pradesh is Vijayawada. How to Get There By Air: The Vijayawada Airport is located at a distance of 20km from Gannavaram which is at the heart of the city and one can reach
Read More 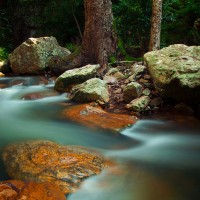 A district in Andhra Pradesh, the state which has the only natural harbor in India, Vishakapatnam and the second largest freshwater lake in the country, Kolleru Lake and a place where nature expresses such mercurial weather changes with the only place to have snowfall in South India, Lambasingi, is Chittoor, another amazing place in an
Read More
Visakhapatnam, better known as Vizag, is a popular tourist city and a thriving commercial shipping hub in Andhra Pradesh. It has the distinction of housing the oldest shipyard in the country.
Read More