A district in Andhra Pradesh, the state which has the only natural harbor in India, Vishakapatnam and the second largest freshwater lake in the country, Kolleru Lake and a place where nature expresses such mercurial weather changes with the only place to have snowfall in South India, Lambasingi, is Chittoor, another amazing place in an amazing land!

Winters and monsoon are the best time to visit Chittoor when the weather is salubrious i.e., from November to April. Summers are best avoided due to the scorching heat and humid weather. 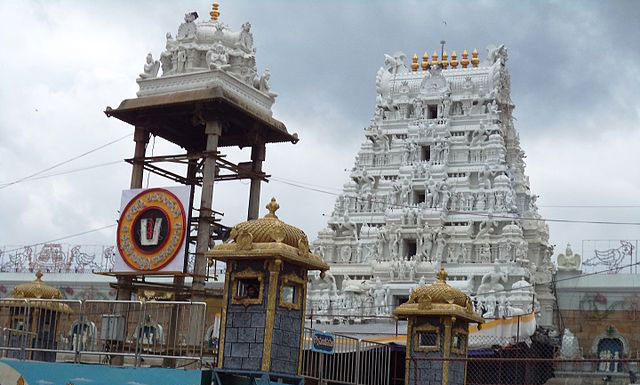 When one thinks of Andhra Pradesh and then narrows it down to Chittoor district, Tirupati Devasthana is one of the prime locations one will have to visit. Situated on the seventh peak, Venkatachala of Tirupati Hill, this place speaks for itself. The entire premises, the Dravidian architecture is marvelous and is thronged by lakhs of people on a daily basis. Call it pure devotion or just enthusiasm, there is no doubt that the Tirumala Temple is the one place which is a must visit in Chittoor.

The main deity here is Lord Venkateshwara, the Lord of Seven Hills; there are many other idols here such as Kautaka Beram, Ugra Srinivasa, Koluvu Srinivasa.  There are six bouts of pooja session that takes place every day and only certain priests are allowed to offer services inside the sanctum sanctorum and one has to book weeks or sometimes months in advance (during peak season such as Brahmotsava) for Darshana and the added bonus is the delectable laddu prasada. Do not miss visiting this temple! 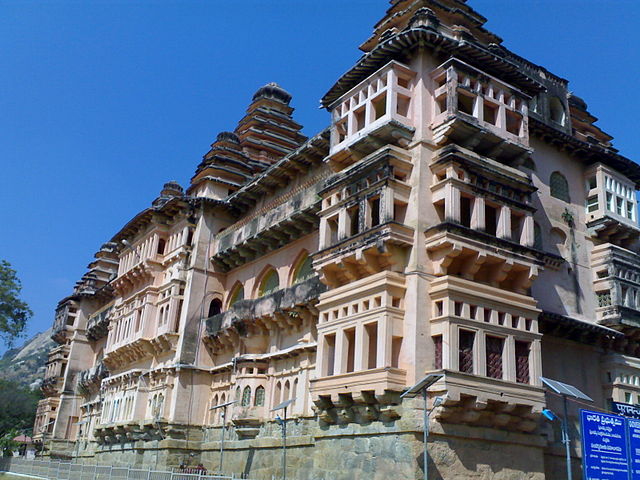 Another historical milestone located in Tirupati is the Chandragiri Fort. Located in the small village called Chandragiri at a distance of about 20 km from Tirupati, this fort showcases architectural elegance and military might. The fort ensconces eight Saivite, Vaishnavite pantheons, Rani Mahal, Raja Mahal which stand in ruins.

The Raja Mahal is now converted into an archeological museum and the most amazing fact is that the palace’s construction was sans timber and is still as magnificent. The strong ramparts, the moat, the right altitude at which it is situated and the colorful lighting of the Raj Mahal gives a sense of pride and joy! The fort is open from 10:00 am to 8:45 pm on all days. 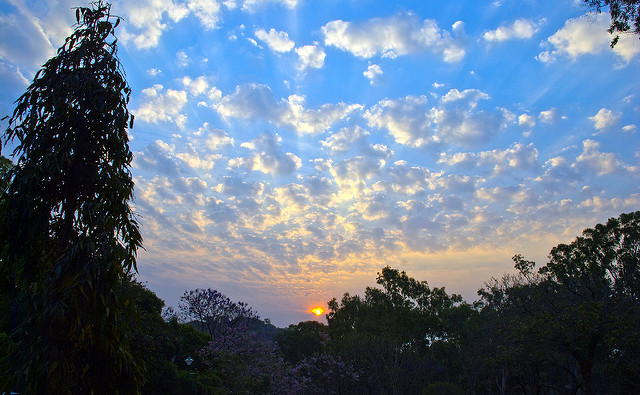 Also known as Horsley konda, the chain of hills which effortlessly overlap and give the whole area a heavenly appearance of varied hues of green, azure and the winding lanes below is the Horsley Hills. It is located at a distance of nine miles from a town called Madanapalle and at a reasonable altitude which gives one the feeling of wind in the hair.

The best time to visit would be during summers when it is very pleasant but it is reasonably salubrious all year around. One can make it their ideal picnic spot and make the time stop while gazing into the illimitable skies and enjoying a nice lunch under the smiling sun. There is fresh air, lush greenery and is very sparse in terms of the number of people which makes it an ideal getaway from the hustle bustle of the city. This beautiful hill station will make for a wonderful destination of a long drive from Bengaluru! 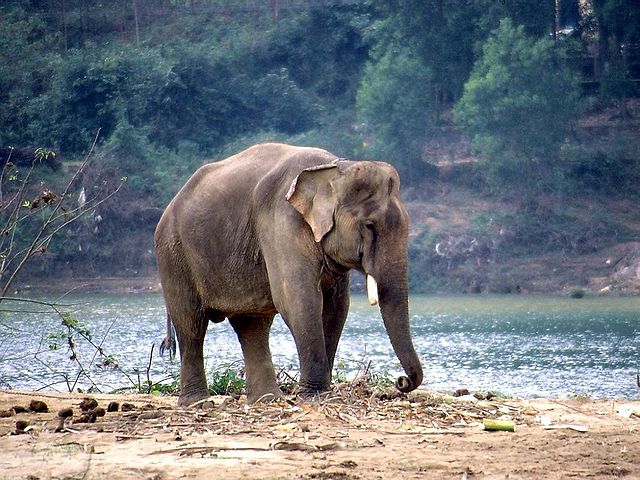 In a state which stands out among the others with the richest temple, and the Naval Headquarters and many such wonders, Kaundinya sanctuary is a cherry on top. It is the only sanctuary in Andhra which has a population of Asian elephants which migrated from the surrounding regions after a couple of centuries.

It is located at a very conducive place with plush greenery, clear waters from Palar river’s tributaries and the deafening silence intermittently interrupted by the chirping of birds and the trumpeting of elephants! It is located at a distance of 50 km from Chittoor and the nearest bus station is at Palamaner.

The fauna and flora here are of a wide variety with Acacia, Ficus, bamboo and a vast expanse of thorn forests. Apart from elephants, yellow-throated bulbul, panther, sloth bear, cheetal, jackal, slender Loris are among the various animals that can be spotted here. It is best visited from October to April when the weather is just delightful! 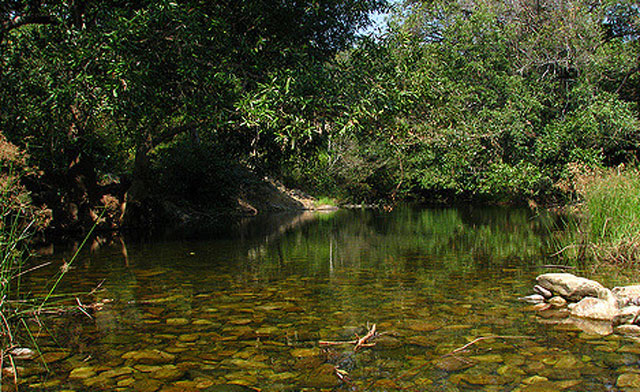 When it is that rare long weekend where three to four days are packed into one, and one just needs a place to rewind and be away from the busy streets or the work pressure, Nagalapuram is the best place to be!

A hamlet in the Chittoor district and the most famous place in the town is Nagalapuram waterfalls trek and one can hire a driver from Pichatur to Arai Village which forms the base of the trek. There is a temple dedicated to Vedanarayana Swamy which is the Matsya Avatara of Lord Vishnu.

The Nagalapuram Waterfalls which comes up on the way from Arai village, which is actually a water stream turned into a falls and camping at night under the starry sky and the stream flowing by is the perfect place to relax and rewind! 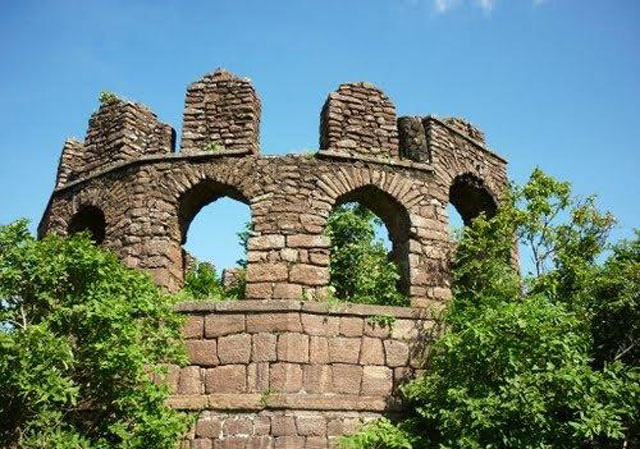 Mainly known for the religious angle that this town accentuates, Ramagiri is a densely vegetated, populated with temples and outlined by rocky hills and nestled between the mountains.

Also known as Bhairava Kshetra, this village is known for many ancient temples and there are two very famous ones; there is the Kalabhairava temple at the foothill which is one of incarnations of Lord Shiva and the temple at the top of the hillock is dedicated to Lord Muruga.

There is a tank in the vicinity of the temple which people believe has healing powers and then the famous Nandi, from the mouth of which water seems to be flowing ad infinitum.

One can just take a one-day trip to this place and stay up for a while on the top of the hill and savor the sylvan and rocky scenery interspersed with greenery!