A beautiful city located in the fusionist state of tradition, vibrant people and breathtaking scenery in Kalimpong district of West Bengal is Siliguri.

Siliguri is an all year around travel destination. Summer from March to June is the peak season for tourism but June to September is the period with heavy rainfall and from November is the onset of winter and is best for the indoorsy. 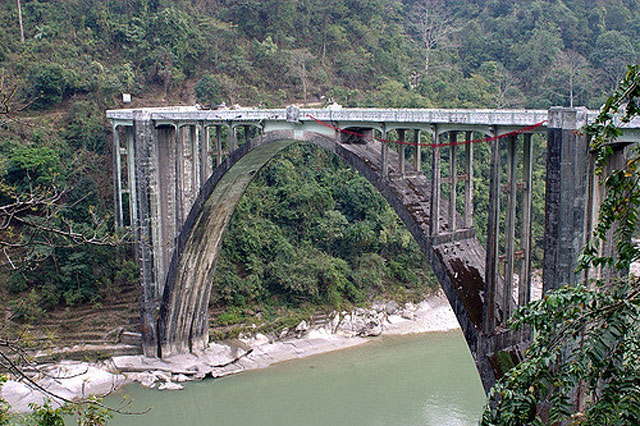 An ideal place for photography with tall mountains around and the lush greenery and the serene Teesta River below is the Coronation Bridge. Also known as Sevoke Bridge (locally Baghpool) the bridge is easily accessible from many places around the city (a ride within an hour or two).

This British architectural marvel is one of the few places which have the power to transport a person from a tired, irritated soul to a peaceful and thankful admirer of nature. The surrounding areas have been developed in parallel and it forms a nice on-stop destination for tourists en route Sikkim or Darjeeling.

Visiting a place which has a heavy influence of the northeastern India and Nepal, it would be a shame not savor the delectable street food of great liking to the local populace! Voila! Enter Dimick momo shop, which is located on Pattal Road near Pradhan Nagar.

The specialty of this place is in the authenticity of the momo recipes. Come evening and tens and hundreds of people flock in and out of this just to grab a bite of the delicious hot momos on a cool evening! For the non-veg lovers there is chicken and mutton momos along with original northeastern, spicy chicken biryani and Manchurian. There are thukpas and other soupy dishes one can enjoy after a long day through the bustling streets of Siliguri.

The temple dedicated to Goddess Kali, Sevoke Kali Mandir is located on the Sevoke Bridge. It is regarded as one of the most prominent destination for Hindus and they take the blessings of Goddess Kali before taking up anything important.

It is located at a distance of 23km from Siliguri town and is in the vicinity of the Teesta River. The best part is that it is visited by tourists and devotees alike because of the spectacular view of the Kanchenjunga from here and the lush greenery all around. Navratri and Durga Puja are the times when the temple is all decked up and there is celebration in the air!

When on an outing with family, Surya Sen Park to say is one of the preferred places for a nice weekend getaway. Located in Mahakal Pally in Janta Nagar, this park which is named after a freedom fighter Surya Sen is a well-known picnic spot and is entertaining as well as educational.

The river Mahananda flows by and gives the whole place a sense of peaceful vibe. There are beautiful lawns, exhibitions on alternative energy and has a local ring to it with Bengali music playing in the background. The lit fountains in the evening and an open area for kids make it a perfect family picnic spot; it is open from 9:00 am to 8:00pm and is a nice place for some photography. 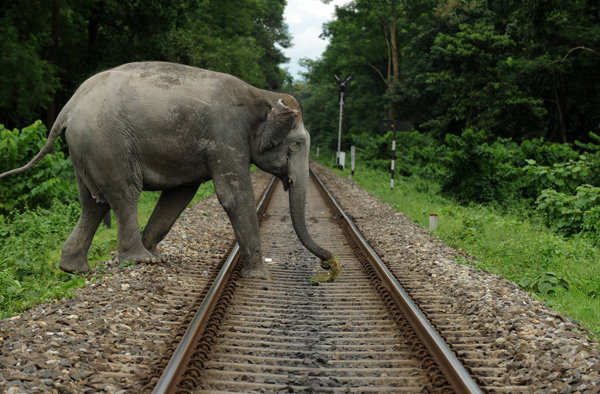 An Elephant crosses a Railway Track, Photo by Rikki’s Refuge, CC BY 2.0

The streets of Siliguri might be bustling with a lot of people be it the local population or the people from the outside. But, even in this hustle-bustle there is still some room for the wildlife to thrive and flourish. Enter, Mahananda Wildlife Sanctuary, the entrance to which is at Sukna at a distance of 8 km north of Siliguri and about 3-hour long drive from Darjeeling.

Flanked by the Teesta River on the east and the Mahanadi River on the west, this sanctuary is very important in West Bengal mainly because it became the home of the endangered Indian Bison and Royal Bengal tiger. There are different set of animals inhabiting the sanctuary at various altitudes. Tropical Sal forests, sisoo, simul and many other flora variations. As many as 150 elephants, tigers, leopards, golden cats, barking deer can be spotted. 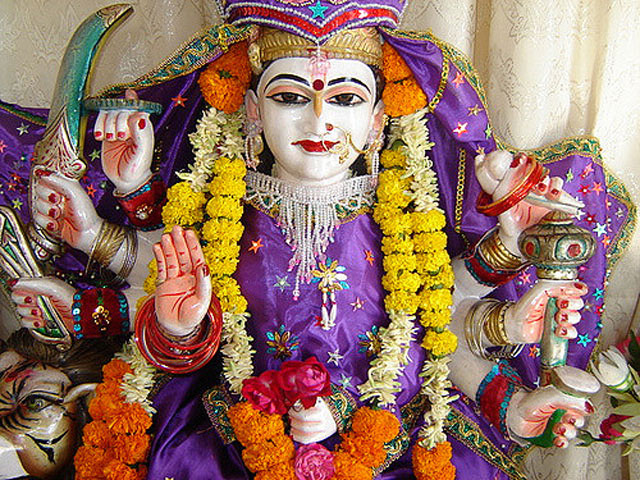 When one feels like spending time in a calm atmosphere, and marveling and soaking in the essence of Indian mythology and the power of religion one can pay a visit to the ISKCON temple in Gital Para. Apart from the divine intervention there is the architectural brilliance that draws lakhs of people.

This temple is exclusively dedicated to Lord Krishna and is the biggest Krishna Centre in the northeast. There are idols of not only Lord Krishna with Goddess Radha but also of Lord Narasimha, Lord Chaitanya, Advaita Acharya and has a huge auditorium where in conventions are regularly held.

There are guest house facilities there in the vast arena and the temple from 5:00 am to 8:45 pm.