Rudraprayag could be defined as a paradise or heaven existing on planet earth which is blessed with ultimate natural beauty. There are lakes, glaciers, waterfalls and religious temples which make this place a favourite for all kinds of tourists. Rudraprayag is named after Lord Shiva and is located at a beautiful confluence of Alaknanda and Mandakini rivers. Two different routes diverge from this place leading you to Kedarnath and Badrinath respectively. Located in Uttarakhand, this place has lot of significance in terms of religious sentiments and a few ancient temples make this place a holy destination. Now let’s find out the seven most crucial destinations which define this place as a haven for tourists:

A cave temple situated on Alaknanda shores, Koteshwar Mahadev has been wooing lakhs of devotees. Here, a huge fair is organised on Mahashivratri where devotees throng in big number.

According to the legends, lord Shiva had meditated in these caves that come on way to Kedarnath and many naturally formed idols could be seen here. Devotees have a firm belief here and therefore they offer their prayers here. 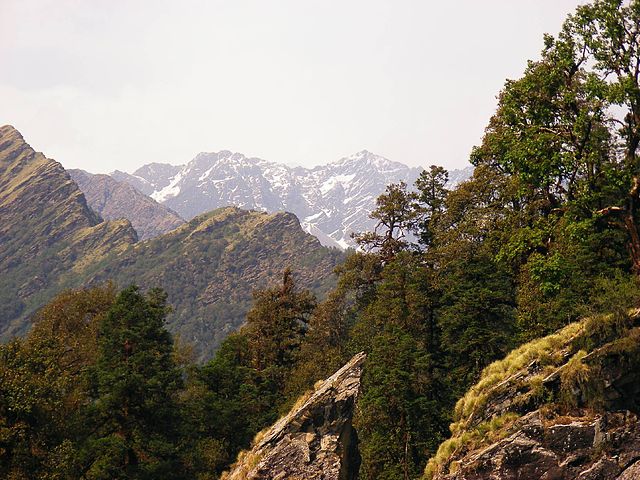 A small quaint village, this place is blessed with bountiful of beauty existing in the form of raw nature. It is situated 2900 metre above sea level and is the entryway to all-famous Tungnath temple and other punch Kedar temples.

Chopta comprises colorful meadows and evergreen forest which also forms Kedarnath’s Wildlife Sanctuary. It is located on Gopeshwar-Ukhimath Road and is located at a stretch of 36-km from Guptkashi.

If you want to visit a place blessed with pristine and majestic mountains, surrounded by the fiercely flowing Mandakini River embracing the coolness in the air, you should visit the Augustyamuni village which is dedicated to one of the most respected and revered teachers existing in the Indian mythology who is none other than Augustyamuni.

It is situated on the shores of mandarin River. This place is really important as the char Dham Yatra’s helicopter service starts from here.

Augustyamuni is important for the Char Dham yatra as it has a helipad from where helicopter tours of the Char Dham are undertaken. This place has spiritual ambience around and it is believed that Rishi Augustyamuni had a gurukul here. This place makes a perfect destination for relaxation and rejuvenation. You can visit here all through the year except three months from July to September. This place looks beautiful all through the year and the winters are too cold here. 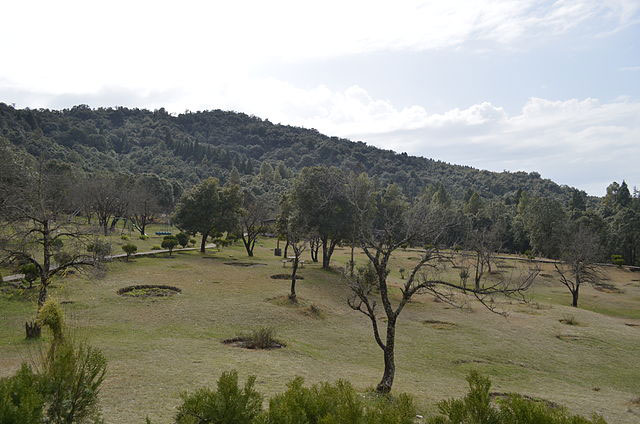 An unexplored and untouched area, Khrisu is a beautiful region which is situated at a height if around 1700 metres. The pristine surroundings make it pollution free and there are Himalayas surrounding it from all sides. One can travel to a few of the most awesome places such as Kandoliya, Pauri Garhwal and Ulkha Giri from here. An ancient temple, called as Ghandiyal Devta temple is situated nearby. 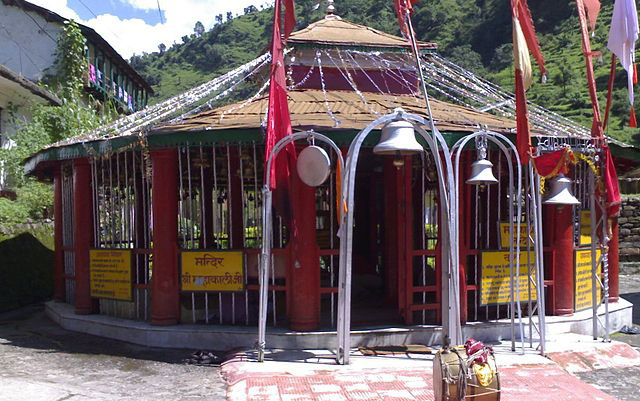 This is a famous temple dedicated to Goddess Kalimata and is considered as one among the most renowned siddha peeths.

You could see a huge queue of devotees here during the occasion of Navratri here. A few renowned places such as Guptakashi and Ukhimath are also situated nearby. 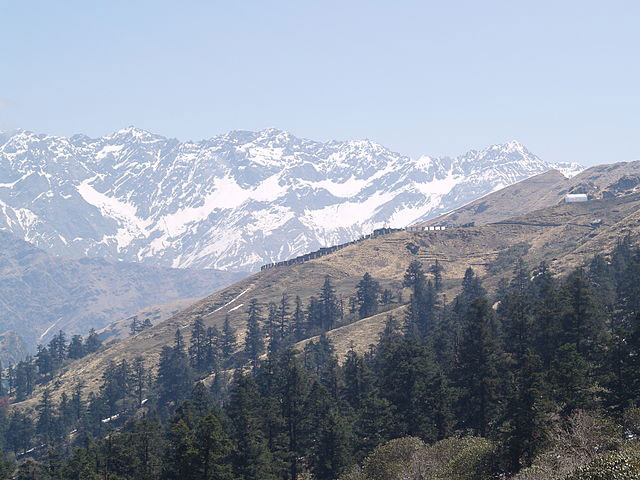 This place has gained enormous fame as it is home to Kedarnath during winters. it is also known to be the home of Madhyamaheshwar which is situated 12 km from Guptkashi. You can see the views of enchanting Majestic Himalayas. The other reason this place is known for is that it houses the Rawal’s, the head priest of Kedarnath.

If you want to visit a place which has enormous religious sanctity and which also has a wonderful weather, lush green forests and gushing waterfalls, and streams, you should visit Guptakashi which also gives captivating views of Chaukhmaba Range. It also houses a treasure trove of rich heritage which makes it a perfect package for those looking for wonderful vacation. There are many ancient temples here and it is believed that it is part of Mahabharata. Situated at a height of 1319 metre above sea level, this temple is at a 47-km stretch from Kedarnath and houses Vishwanath Temple dedicated to Lord Shiva and Ardhnareshwar Temple which are both ancient temples. The other place of attraction is the Manikarnik Kund.

Hence, it won’t be wrong to say that Rudraprayag is a pretty destination and comes as a package for those who are looking for a beautiful destination which also has enormous religious significance.

The place has been bestowed with everything in terms of snow-capped mountains, gushing rivers, waterfalls and pretty streams. The presence of ancient temples and caves make it significant for religious tourists. If you too want to explore this ancient city, you should book your tickets now as this is the right time!