A place that is sure to send one into trance, like a piece out of a fantasy fiction and imaginary yet verisimilitude is Nainital, a hill station in Uttarakhand and here are the eight places that one can visit.

The best time to visit Nainital would be from March to June when the weather is pleasant and ideal for sightseeing. During monsoon (July to September), heavy showers are expected but the advantage is that it is an off season and the hotels are available at a reasonable price and it is perfect to visit for the indoorsy. October to February is the time when it goes from cool to cold during the night and the biggest bonus is the crystal white snow which is a delight to play in! 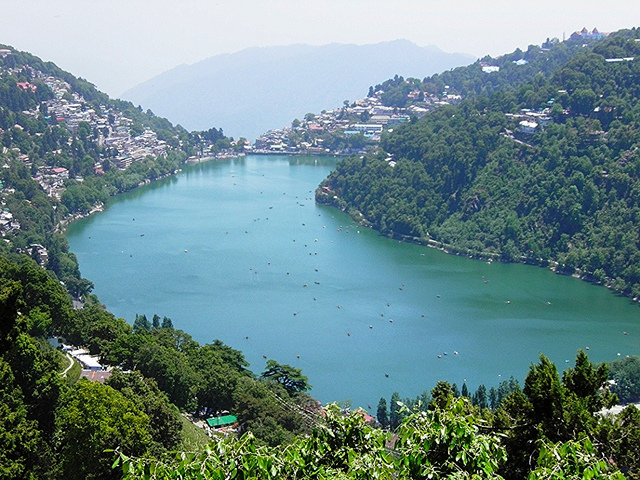 A crescent shaped freshwater lake which is surrounded by seven mammoth hills and as calm and peaceful as a meditative soul is the Nainital Lake. It has two parts Mallital which is the northern part and Tallital, the southern half. The clear waters adorned by specks of colorful boats afloat and the contrasting Mall Road which is bustling with shoppers is very inviting. This lake is located in the heart of the city and one can take a bus or taxi from Kathgodam. Boating, photography or just mere marveling at the scenic beauty is the heart of tourist activities here.

Situated at a distance of just 6km from Mallital is this majestic, tall and sequestered Naina Peak and pony or horse rides or treks can be opted to reach here. This is made pedestrian only to ensure that tourists have a peaceful time and a wholesome view from the peak when they visit.

Once on top, one can witness the spectacle of the Himalayas and the trek up there is wonderfully refreshing because of the lush greenery and surprisingly untiring. Also known as Cheena or China Peak, the view of the town and the vast Kumaon terrain is simply splendid. A trek to this beautiful peak and to marvel at its magnificence is surely a blessing! 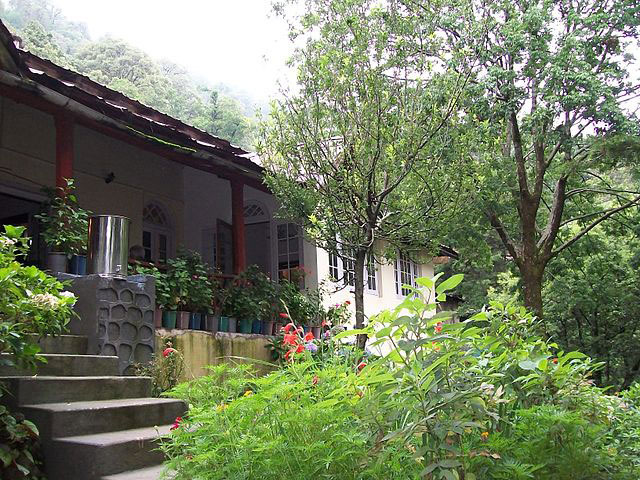 Visiting a place where nature has so many stories to tell, the historical aspect unawares gets sideline. But Gurney House, which was the residence of writer and hunter-conservationist Jim Corbett, is something that one must not miss to visit.

Located at a delightfully walk able distance of 3 km from Mallital, this architecturally nifty and cozy cottage has Jim Corbett’s possessions such as his boat, fishing rod, books and furniture are retained. This house is now very well maintained by the Varma-Dalmia family and tourists can visit by making appointments with them and marvel at the beauty and the prominence of the great personality and his former residence. 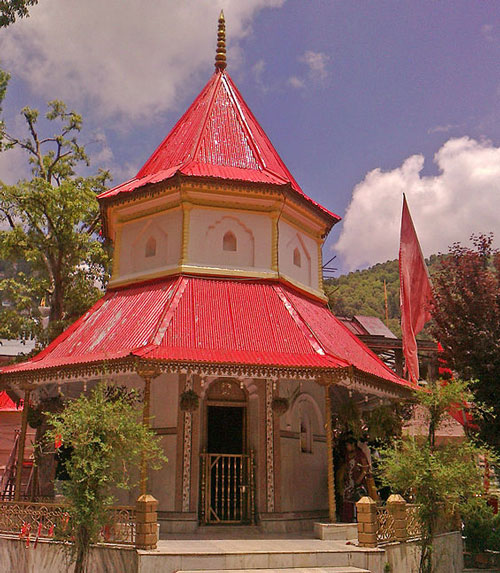 When one sees the beauty around and feels like thanking the almighty for such a beautiful creation, Naina Devi Temple which is a well-known Shakthi Peeth comes to mind! Located at the northern end in central Nainital city and at a walk able distance from Nainital bus stand, this temple has Goddess Naini Devi as the diety and this temple attracts tourists from places far off. The deity is represented by two eyes and this temple is believed to be built in the spot where the eyes (Naina) of Goddess Sati seem to have fallen.

Since this temple is built atop the Naina hill, the view all around is certainly blissful and awe inspiring, with clear skies above and lush greenery around. The Nanda Ashtami, which is an eight-day festival and Navratri and Chaitra fair are times when the temple and the surroundings are all decked up in splendor and devotees flock in huge numbers to celebrate the Goddess’ grace. 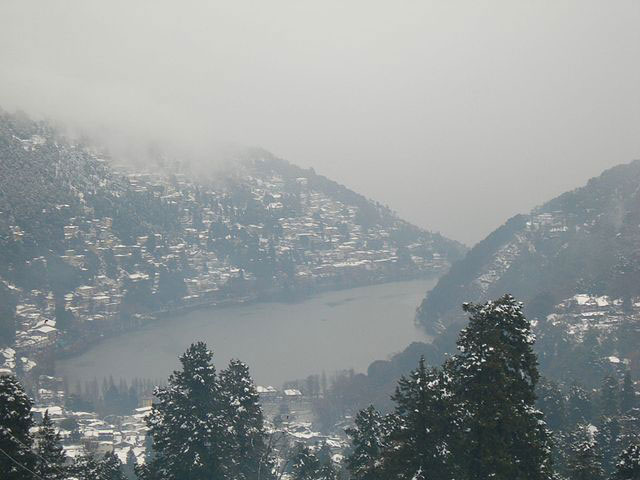 Nainital has umpteen numbers of viewpoints and hill tops, but what is so special about the Snow View Point? Apart from the stunning view from the top, the exciting aerial ropeway ride from Mallital is a stunner! Located at a distance of 3km from Nainital town, one can reach there by way of pony or take an adventurous and refreshing trek to the top or just take the joyous ropeway.

The splendid view of Nanda Kot, Trishul and Nanda Devi from a height of over 2000 m makes the efforts worth it. This was also the highest mountain peak in India until Sikkim (which has Kanchenjunga) was taken into India after it relinquished monarchy. So, be proud to have seen the erstwhile highest peak of India. 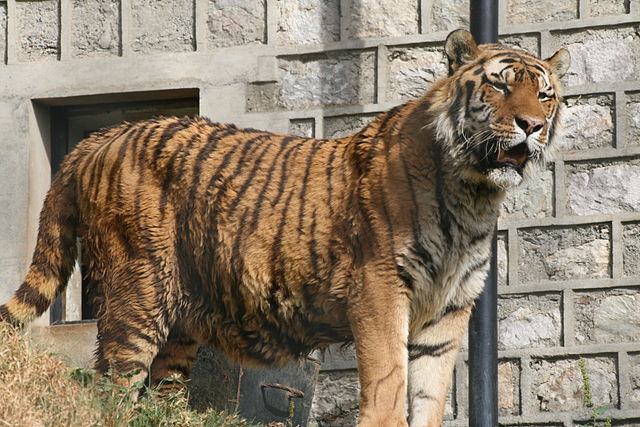 Visiting a place which is certainly more secluded in terms of the auto magical urban developments, it is imperative to witness and marvel at the wildlife this place is home to. Nainital Zoo, which is located at a distance of 2 km from Tallital bus station and also a small trek away from Mall road is also known as Pt. Govind Ballabh High Altitude Zoo. It might be a small patch of land but is certainly home to many endangered animals which find this high altitude place very favorable and safe.

The Himalayan Black Bear, Himalayan Martin, Tibetan Wolf, Leopard, Royal Bengal Tiger and the Parakeet are some of the famous and crowd pulling animals that have called this place home.

The zoo is ideal for a one-day trip with family and friends! 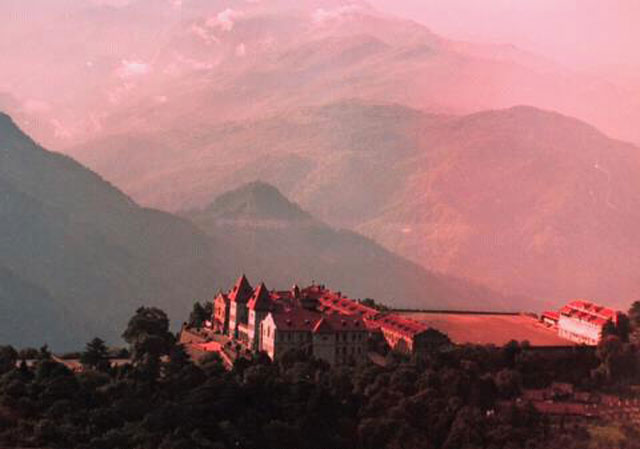 Also known as Tiffin Top, Dorothy’s seat, a view point which is named after the wife of a British Army Officer is very famous as picnic spot. It is located at a distance of 4 km from Mall Road, Nainital city and pony rides are available from the Nainital bus stop in addition to trekking.

Perfect for a family trek or a trip with friends, a late lunch and then long conversations atop the Ayarpatta Hills with a hot cuppa and a bird’s eye view of the Kumaon Hills and the Nainital city is something everyone wishes for.

Change is the only constant and adapting to them is the best way to live and enjoy a peaceful life! And Eco Cave Gardens which is a fresh and new tourist destination, a natural interconnection of caves of different animals is something that appeals to the young and amazes the elderly and is a fun zone for kids is a place one must visit.

This beautifully thought of and constructed garden is a delight and nourishment to the brain. A small flight of stairs away from the entrance lays a journey that is to educate about the Himalayan wildlife through different animal caves such as tiger, panther, bats, squirrel, apes and flying fox caves. And as the evening dawns, the Nainital’s first musical fountain spins magic and the caves lighted with petroleum lamps are a visual treat!