Weather and scenic beauty! These are the two unique propositions of Lansdowne appealing all. And these are the main parameters on which Britishers established a cantonment here. And this legacy given by Britishers could still be seen and preserved in all its might here in the pretty hill station.

The city is named after Lord Lansdowne, who used to be the Viceroy of India from 1888-1894 and he is the one who founded this city. The destination has witnessed itself being served as the main base of independent movement activities in Indian pre-independence era. Presently, it is being served as the command office of the Indian Army’s Garhwal Rifles.

There are many attractions in the town but let’s figure out the five main ones which are must-visit during your visit here: 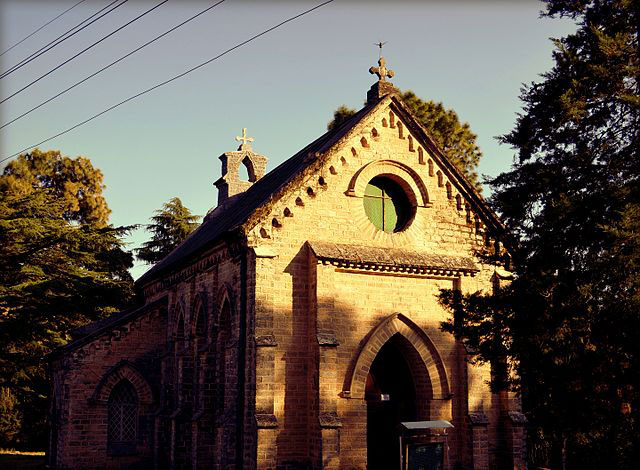 This point is also known as the Tiffin Top which is located near St. Mary’s Church in the ridge. You could clearly see the amazing views of Himalayas from this point. Also a few parts of Tibet are seen from here. The views of snow-covered Himalayas are sure to leave you excited here. This is one of the most visited tourists place.

One needs to pass through dense jungles to reach the point. The terrains pass through beautiful locations before terminating at the scenic beauty of Himalayas. The snow view point of Lansdowne has made a mark on international tourist’s map owing to its unimaginable beauty. 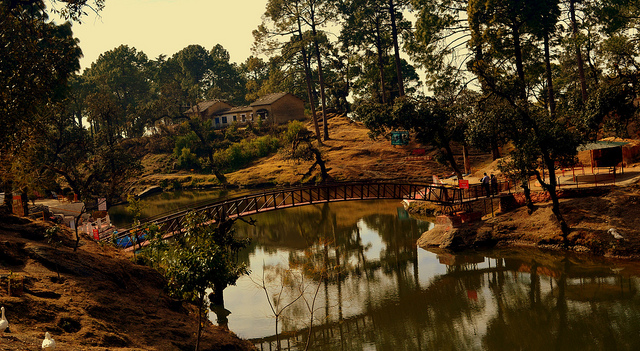 Photo by Priyambada Nath, CC BY 2.0

This is a place where children can have their time. It’s an artificial lake which is dedicated to a Garhwali youth from Garhwal Rifles, who helped in getting this lake constructed. Chula in Garhwali means brother and hence it takes its name from here. You can enjoy lot many activities here such as boating, paddling etc. There is a children’s park here where kids can have fun. Along with these facilities, you can enjoy in bamboo machan. Fountains existing here add more to the beauty.

If you want to see numerous antique stuff belonging to Garhwal Rifles, you should visit this place. In 1983, this museum was opened to guests after its inauguration. It’s one of the oldest buildings existing here.

The museum has been named after famous Darban Sigh Negi who was one among the earliest recipient of Victoria Cross and the most prestigious gallantry award “In the Face of the Enemy”.

Negi was the Naik in 39th Garhwal Rifles, and with the British Indian Army during First World War. It’s known that he fought fearlessly and hence was awarded with VC.

The architecture of the building is unique and enthrals tourists from all over the world.

Lot many stories are associated with this place. According to legends, the Pandavas, during this exile, had stopped here once and cooked at this place. It was at this point when Bhim placed one rock on other to give a structure which looks huge but it never gets unbalanced. The most surprising point of this structure is that you can move it with your finger but it will never get toppled.

Today also, you can see two big rocks lying one above other. Their balance is amazing. Even if the main point of rock is moved, it will never topple. Try budging the rock with your thumb and then see its beauty!

It is situated in Dhura, which is at a 2-km stretch from Gandhi Chowk.

A temple existing inside the cave is considered to be one among the most sacred Shakti peeths. The temple is dedicated to Goddess Durga. It is situated at 25-km stretch from Lansdowne, on the shores of Khoh river.

Besides this temple, you could see a cool and calm flow of a water stream where you can view the scenic location quietly to relax and rejuvenate your senses.

Hence Lansdowne is a small hill station which maintains the pre-independence legacy in the form of monuments, architecture etc. You can feast your eyes with rich nature which has spread its beauty around. There are snow points, serene lakes, rivers, water streams flowing around which are sure to woo you to come again to this place.