Kedarnath is a renowned pilgrim town situated in Uttarakhand in Rudraprayag district. It is one among the oldest and the most remote four Dham sites. Situated at a height of 3583 metre above sea level, it is surrounded by snow covered mountains. The surroundings of this town present a beautiful view due to scenic locations around. Let’s figure out the five places which should be visited here once by tourists and pilgrims when they are in town: 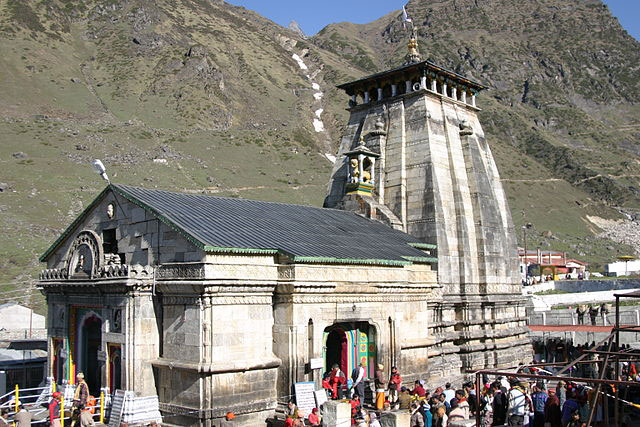 This is one of the most holy temples of Hindus situated in the lap of Great Himalayas. According to Hindu legends, it was constructed by Shankaracharya and it is one among the twelve jyotirlingas of Lord Shiva. The tourists can see the Nandi, which is lord Shiva’s bull at the starting point of the temple. Also they will be surprised to see the beautiful carving on the wall of the temple. There is pyramidical Shiva lingam inside.

In winters, that is in November, this Shiva statue is brought from Garhwal to Ukhimath and then reinstated in the first week of May. It is during this period when the doors of the temple are opened to pilgrims. 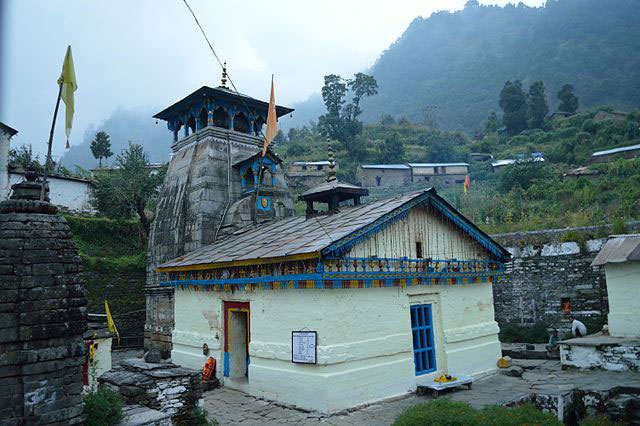 This place is known for a renowned old temple of Lord Vishnu. Situated at 5 km stretch from yet another renowned destination, Son Prayag, this place finds place in the lap of beautiful village located in Rudraprayag district. The architecture and design of the Vishnu temple is similar to that of Kedarnath shrine.

According to legends, it is same place where Lord Shiva married Parvati.

The other nearby attractions which can be visited by tourists are Vishnu Kund, Rudra Kund and Brahma Kund.

Also, it is believed that the flame being lightened right in front of the Shiva statue has been witness to Shiva and Parwati’s wedding. 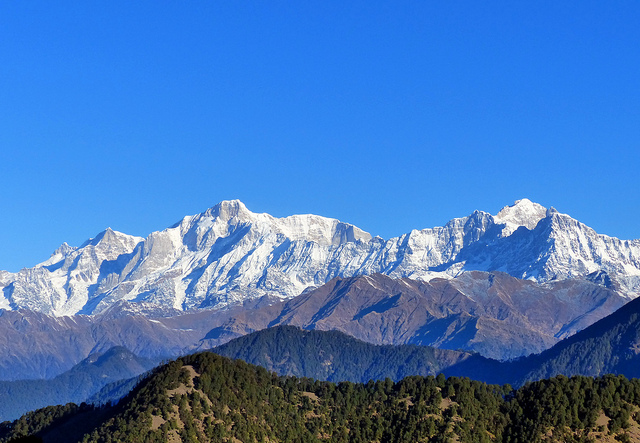 Want to see the three peaks which stand the tallest on Gangotri glacier’s South Side! If you are keen to watch this beauty, you should visit the Kedarnath Mountain which houses two peaks, namely, Kedarnath Peak and the Kedarnath Dome. They form a part of the Gangotri mountain range and could be seen in the western Garhwal Himalayas. Situated at a distance of 15 km from Gaumukh, thus place also houses a renowned ski-slope course near the Kedarnath Dome at its north-west side.

Situated seven kilometre before the Kedarnath shrine, it is generally used as a resting place. it also owns a rest house for tourists. Situated at 2591 metre height above sea level, it is situated at a distance of 7 kilometre from Gaurikund.  It is located centrally in the 14 km trek to Kedarnath. The dense green forests surrounding this hamlet and a waterfall nearby lures tourists and pilgrims equally to this place. 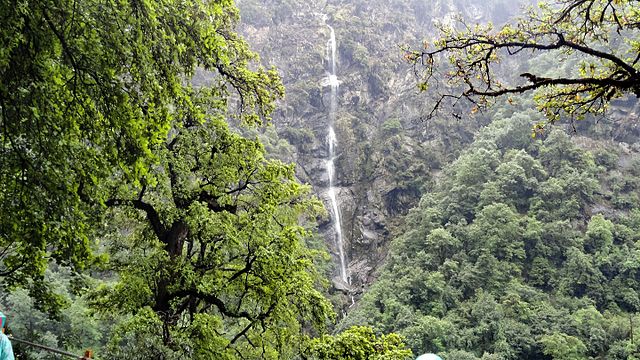 Waterfall between Kedarnath and Gaurikund, Photo by Asdelhi95, CC BY-SA 4.0

This religious and sacred place is known for a famous temple dedicated to goddess Parvati. It could be seen in the midway while taking the trek to Kedarnath shrine and is situated at 1,982 metre height. According to Hindu legends, Parvati meditated here for many months to get married to Lord Shiva. A hot water spring could also be seen here where many devotees take a holy dip. This place acts like a starting point to the famous trek.

Kedarnath temple, being one of the oldest and the most sacred shrines of Hindus, is thronged by thousands of devotees each year to seek the blessing of Lord Shiva.

The trek is tough yet beautiful. The nature could be seen in its purest form, the clouds passing through your head, the fog, the mist all blended and mixed and the gushing waters of rivers and waterfalls! The sight of these beautiful scenes could make you feel in heaven and your heart will ask you to visit this paradise again and again!