Do you love watching snow-peaks of Himalayan range? Do the cool climes appeal you? If yes, then you should take out some time to visit a lovely hill station, Kausani situated in Bageshwar district in Uttarakhand. It is located at a height of 6,075 ft. Actually, it is a small hamlet which offers the mesmerizing views of Himalayan snow-peaks stretching to a distance of 300 km from the months of October to March. Situated around 52 km north of Almora, Kausani was termed as Switzerland of India by Mahatma Gandhi once. The view of Himalayan peaks here could leave you speechless with its beauty.

Seven attractions of the city which are must to visit are: 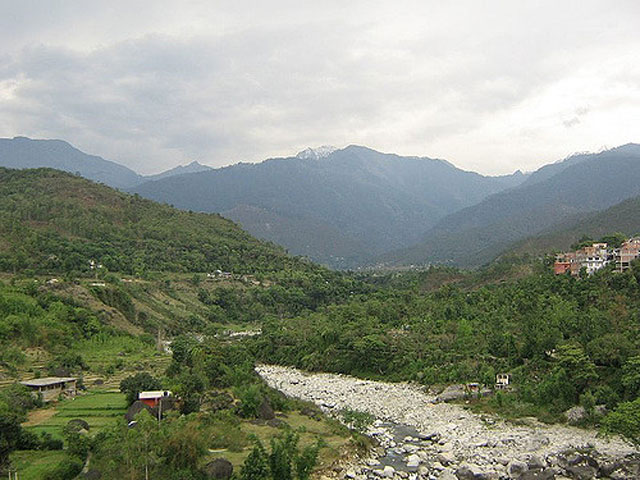 It falls within the territory of ancient village Baijnath and is situated 16 km away from Kausani. This place holds significance on both the parameters including the historic one and as religiously also. The Baijnath town once was the capital of Katyuri dynasty who were the rulers of Uttarakhand region in between the twelfth and thirteenth centuries. The town has many old temples of Shiva, Parvati and Ganesha. The other temples which could be found here are of Brahma, Surya, Chandika and Kuber. Baijnath temple is located on the banks of the Gomti River found in the Garur Valley. Further, at 3-km distance, there is the temple of Kote-ke-mai which is renowned for its sculpted Vishnu statue. The Baijnath temple was constructed in the twelfth century and has strong significance in Hinduism as it is situated at the same location where according to mythology Shiva and Parvati tied the knot, that is, at Gomati and Garur Ganga’s confluence.

Located at a distance of 5-km from the town, this tea estate spreads to 208 hectares of land and has 21 divisions. This place exists on Bageshwar Road. This tea garden has been developed as a tea-base. This place has been known for high quantity of tea exports to many European and American countries. There are expert guides who can take you to the entire tea manufacturing process. 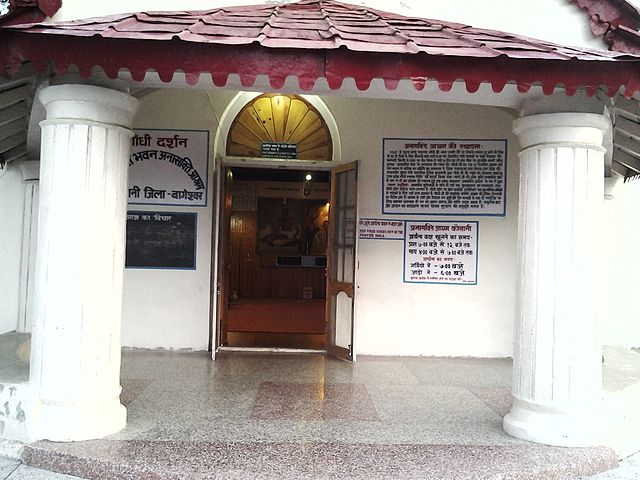 Once upon a time, Mahatma Gandhi had stayed here and he wrote a piece on Anashakti Yog which was called as Geeta Anashakti Yog. Now, it has been converted into a study and research Centre and is branded as Gandhi Ashram. Accommodation is also available here. There are twenty-four rooms. The facility of library and kitchen are also there. The links of Mahatma Gandhi stay here has made it all famous among international tourists.

This is an ancient town housing an old temple dedicated to Lord Shiva. It was constructed by the founder of the Chand Dynasty, the town offers views of the beautiful Someshwar and you can view some marvellous sites of Someshwar Valley. The town was founded by Raja Som Chand and enjoys a strong religious significance.

An ancient cave temple situated along the River Kosi’s shores, it is situated 8 km west from the town Kausani. According to the legends, this temple has been constructed at a holy location where a person named as Rishi Kaushik had meditated for many months.

If you want to enjoy the views of lush green valley as well offer your pryers to a religious place, you should follow the Adi Kailash trek. Here on the way to Someshwar, on the Kausani- Almora road, you will find green terraced hillside which is fully covered by pine trees. It is at this location, you can see the pristine falls, which are 12 km away from the town. They could be seen flowing as small springs. The Someshwar temple is located very close to this fall.

It is believed that Adi Guru shankaracharya has stayed here a for quite a few days here during his visit to Garhwal. Located in Bageshwar, it is situated on a hill top inside a fort. While some people call it Kote-ke-mai, the others call it as Bhramari Devi temple. Situated at a five-km stretch from the town, it comprises a venue for an annual fair which is organized on Nanda Ashtami in the month of August. A huge procession is taken out on this occasion which is attended by many devotees.

Hence, Kausani is a place blessed by nature and bestowed by natural beauty which has immense religious significance as well. Those who want to explore tea tourism, natural beauty and religious ambience can come to this place to attain complete peace of mind.