A destination blessed with ski resorts, cable cars, apple orchards, deodars and oaks! Doesn’t it come out as any dreamy destination? Don’t you feel like visiting this destination once?

And if you want to know more about this destination, you should visit Auli, which is situated in Himalayan ranges and it is sure to leave you stunned with its ravishing beauty.

This hill station dates back to 8th century AD and is a poplar skiing destination. There are glittering slopes as well as clean surroundings making it famous for skiing. It’s located 2800 meters above sea level and houses many ranges such as Nanda Devi, Kamat Kamet and Mana Parvat.

Now let’s discuss the five main attractions of this town which should not be missed at any cost: 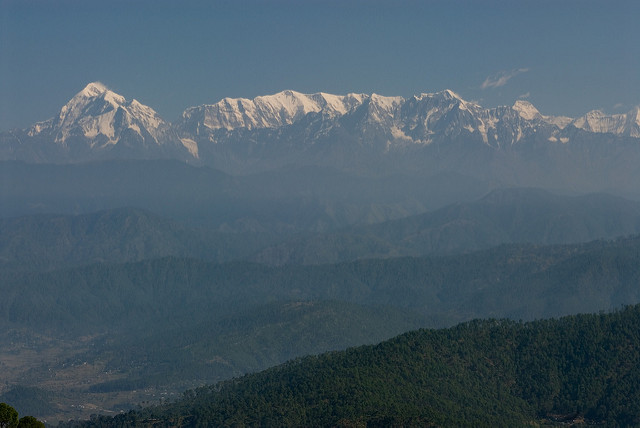 Mystery lake! The sudden utterance of this word surprises us all! And this lake literally has many surprising elements. It has 600 skeletal remains of humans and horses and is known with the name of Roopkund Lake which is found near Trishul Peak. Situated at a height of 23,490 ft., this peak is renowned for having attractive skiing slopes. It also houses the Nanda Devi National Park.

Bugyal means meadows and when you see these meadows covered with snow, they present a beautiful picture. Other than winters, these meadows paint a colorful canvas on earth with the beautiful flowers blooming around.

Hence Gorson Bugyan makes a wonderful trek which can give a thrust to your adrenaline.  You are surrounded by many mountain peaks such as Nanda Devi, Hati-Ghora Parbat, etc.

This trek has to be started from Rishikesh to Joshimath as the first step. You can view the mighty mite of Nanda Devi Peak in between and will also be amazed to see Deodar and Oak trees standing tall. It will be a challenge for you to walk on snow-laden route and then you are sure to fall in love with the white serenity of this place.

This is a first of its kind school here which aims at taking Auli on an international map. It caters to the need of domestic as well as foreign tourists who want to ski but are unable to do so due to lack of training. Hence the freshers in this winter sports can learn the art by enrolling to the training schedule here.

It is a blessing for the first time tourists are taking the challenge of skiing.

After crossing the last village of Joshimath, that is, Dang Village, this lake could be reached at easily. It’s unexplored, least discovered and is not so visited one and hence it maintains its calm and serene environment. The pristine beauty of this place beholds the sights of the onlookers and makes it an enchanting spot.

Situated in village Urgam valley of Garhwal region, Kalpeshwari is a renowned temple of Shiva where he his worshipped in his divine form of hairs.

The temple is situated at a height of 2,200 m (7,217.8 ft.) of Himalayan Range. The trek from Helang to Kalpeshwar is beautiful and you can see Alaknanda and Kalpganga rivers all through your way, gushing alongside.

It is believed that Pandavs built this temple after Mahabharata. They wanted to be pardoned by Shiva who considered them to be accused of Fratricidal sin. Then Shiva transformed into an incognito bull and appeared in five forms which are known with the name of Panch Kedars. Hence, his keshas (hair) are worshipped here. It is 252 km from Rishikesh.

Hence, it won’t be wrong to say that Auli is a paradise on earth which has been blessed by nature. It enjoys the presence of all its elements existing in the form of meadows, mountains, rivers, snow, rivulets etc. So come and fall in love with this nature blessed paradise to explore more the unexplored destinations.