The most appealing and mesmerising beauty of Himalayas with the surrounding green ambience will behold you with its beauty in Almora.

Even Mahatma Gandhi was impressed by the beauty of this hill station and was forced to write on its enchanting beauty, lush green surroundings and beautiful Almora hills. He even questioned why people visit European nation in each of health when there is such a beautiful hill station in India.

If you want to enjoy rich heritage, vibrant culture, wonderful handicrafts, mouthwatering cuisine and vivid wildlife, you should travel to Almora which will take you in the lap of nature while leaving you relaxed and rejuvenated.

This point gives you a holistic view of some of the amazing peaks and attractions including Kedarnath, Shivling, Trishul and Nanda Devi. You can view across 300 km to glance at these peaks.

There is a sanctuary nearby where you need to walk for one and a half kilometre to reach to the zero point. Although it’s a guided trek till Zero Point, it also constitutes one of the beautiful treks as there is lush green beauty around. And once you reach here the mesmerising views of the Himalayan peaks such as Shivling, Nanda Devi, Kedarnath Peak, etc from this point will leave you enthralled and excited. 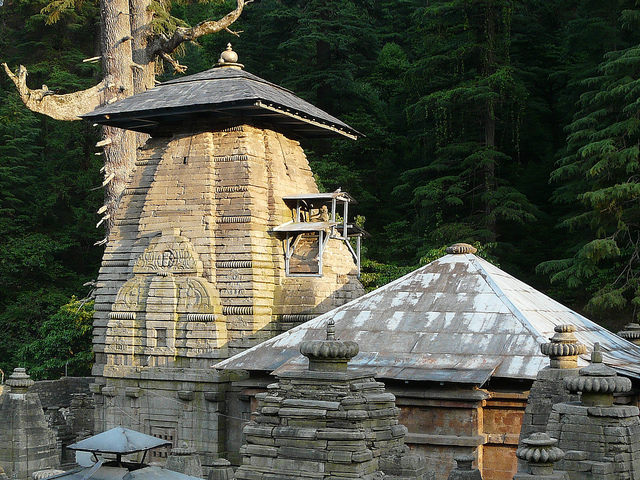 With lot many religious sentiments attached to this place, Jogeshwar is considered to be the one among the twelve Jyothirlingas. With two rivers flowing in its surroundings, namely, Surabhi and Nandini rivers, there are over 124 temples here which depict medieval architectural styles. These temples clearly show the influence of the Buddhist style craftsmanship.

The oldest temple in this complex is Mrityunjaya while Dindeshwara is the biggest one. It is believed that Jogeshwar temple complex was constructed between 8th and 18th centuries while building 108 temples.

This is the second most important Sun Temple in India which is over 800 years old. It consists of one main temple while there are over 45 smaller shrines.

Burhadita also called as Vraddhaditya is the main deity inside the Sun Temple. You can also see the idols of Shiva-Parvati and Lakshmi-Narayan in this temple complex. The temple speaks of the glory of the bygone era with its magnanimity. 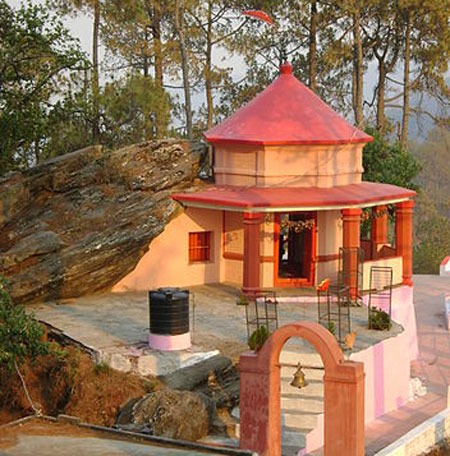 This temple constitutes one of the oldest temples which goes back to the 2nd century. It is situated at a 5-km stretch from Almora while overlooking the city as well as the Hawabagh valley. The panoramic views of surrounding mountains including Himalayas from Bandarpunch peak, is amazing. It’s a paradise for trekkers who throng to this place to capture beautiful views surrounding this place. There are deodar and pine forests covering the area around. You can see people trekking up the temple lane from Kalimath. the devotees could be seen making a beeline throughout the year, but the numbers escalate in Navratri. 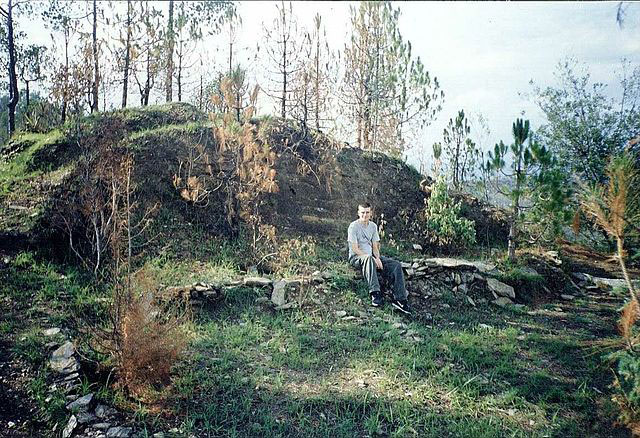 If you want to explore nature without doing anything, you should visit this place which gives you pristine views of the valleys around. It is situated near to Kasar Devi Temple. A small picturesque village will definitely click the pictures of its beautiful surroundings in your memories.

A few cafes exist here which are known to serve delicious cakes. Also you can unwind here away from the city lights.

A splendid view of Himalayas with a serene surroundings! This comprise the USP of this village which is located at a height of 1510 mts in Almora. It is a beautiful village which is known for the presence of Dunagiri temple which goes back to 11th century. You can also see the gushing waters flowing in river Chaukhutia and the village is also known for Apricots farming.

There is a renowned temple of Lord Shiva, which exists as Lord Gollu temple which is the other name of Shiva. It is believed that Chand regime had constructed the Chitai temple. This temple is also known as the temple of million bells because of the presence of countless bells which keep ringing even with the wind movements. Also devotees keep ringing these bells as their act of offering. It could be either considered for thanksgiving or for wishing note.

Hence if you want to explore a few fun-loving and unforgettable moments, you should visit Almora which gives you all kinds of assets blessed by nature including trekking, site-seeing, jungle walks etc. While you engage yourself in nature, you could simultaneously hear the gushing sounds of water flowing in the rivers, Koshi and Suyal, in the town. So be ready to get lost amid the enchanting beauty of this nature in a hill station called Almora.