In South India, there is a gorgeous city which marches past forward with its magnificent forts. We can easily flip through the history pages and find out how the city in ancient times might be, how it might have evolved with time, who were its rulers and how did the architecture of the city refine with time.

This city is none other than Warangal which once was Kakatiya Kingdom’s capital. The city has lakes, temples, forts, flora and fauna which have been wooing tourists.

Once upon a time, this city was known as Oruguallu as it had a hillock kind structure near Shiva temple and later on, its name changed to Warangal. The seven must visit places here include: 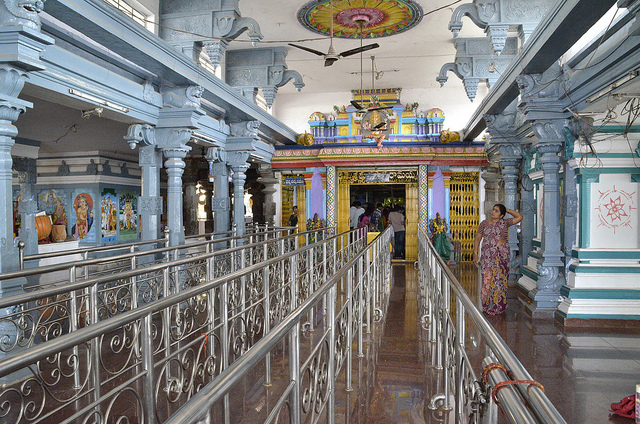 Inside the Temple, Photo by Rajib Ghosh, CC BY 2.0

This temple is dedicated to Goddess Bhadrakali. The deity of Bhadrakali, measuring 2.7 meters in height, had a fierce eyes and face.

Her stone image exists in human form. It exists in sitting posture, with a crown and eight hands that hold different weapons.

Pulakesin-II from Chalukya Dynasty used to worship her in the year 625 A.D.

Adorned with thousand pillars, this temple is dedicated to Rudreshwar while the two temples are of Surya and Vishnu. It was constructed in 1163 AD and adopts Trikootalaya style followed by Kakatiyas. Under this style, there is one sanctum sanctorum and two temples around. Initially it was named as Rudreshwara Swamy Temple as it was constructed by Rudradev, who was a Kakatiyan ruler.

There is a beautiful carving on temple’s exterior wall as well as on its celling slabs.

If you want to see how the Kakatiya rulers adopted innovative irrigation techniques, then you should visit the Ramappa Lake which was built in 13th Century AD.  The lake’s water spreads over 82 Sq. Kms of land and has lush greenery all around. There are beautiful hill ranges around the lake as well as in the background, giving an amazing view, mainly at Sunset time. You can walk around or relax under trees. You can also enjoy a boat ride in clear blue waters. It is situated at a kilometer stretch from Ramappas temple. 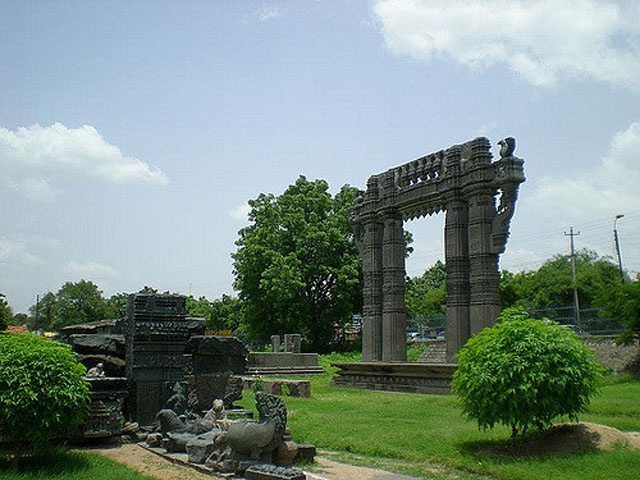 Photo by ShashiBellamkonda, CC BY 2.0

Warangal Fort has been a part of the rich Indian history. It is believed that this fort has been existing since 12th century when it used to be the capital of the Kakatiya dynasty. There are four magnificent gates here which were called as Kakatiya Kala Thoranam. The then constructed Kakatiyan arch presently has been officially incorporated into Telangana’s Emblem after the bifurcation of state.

Initially, Yadavas ruled Warangal in 8th century; however, Kakatiya took the regime inn their hands in 12th century. Historians believe that the stone fort came up in 1262 under the rule of Ganapatideva. When he died, his daughter took the reins in her hands and ruled for twenty years till her grandson Prataparudra II became the ruler. He introduced golden era for the kingdom. However, after 20 years, Sultans of Delhi conquered his kingdom.

Located in Govindaraopet Mandal at 70-km distance from Warangal,

Lakhnavaram Lake is a treat for eye owing to its scenic beauty. It came into being in 13th century by Kakatiyas and helped in irrigating around 4500 hectares of land.

Wanna see water streams dancing to the changing tune of music? If yes, then please visit the musical garden which is spread at a widespread area of 15 acres. There is a rock with artificial waterfall. An artificial lake provides you a boating facility and the landscape is amazing here.

Forests, hills, beautiful landscape surround this pretty lake which was constructed by Ganapathi Dev in 1213 AD. It spreads on 30 sq. km area and its shore has a wildlife sanctuary which spreads to 839 sq. km.

The Pakhal Wildlife Sanctuary has tigers, leopards, bears, deer, panthers, porcupine, languor etc. This lake is situated at a distance of 50 KM from Warangal.

Hence, it won’t be wrong to say that Warangal serves as a merging point for history, nature, heritage, art and architecture. And if you want to see this rare blend, then you should visit Warangal where royal dynasties redefined the concept of irrigation, architecture and art thereby creating history.