Once upon a time, there was a city which was the hub of Vedic learning. With time, the city evolved and its branding changed a little. Now, there are remnants of the city left. This city takes us back to the era of Old Stone Age to 148000 BC. Many tools of the ancient era have been found from this place. It’s evident that the culture of the city is as old as that of the Old Stone Age. The excavations here prove that the district was once ruled by dynasties such as Mauryas, Satvahanas and Asafzalu kings.

The city hosts different classes of tourists such as history buffs, archaeologists, engineers etc. Although Karimnagar has many attractions for tourists, here are the seven best attractions which should never be missed out when you are very much in the city:

Photo (Cropped) by ShashiBellamkonda, CC BY 2.0

This is a beautiful attraction of the city with mesmerizing ambience. It is built on Manai River which is Godavari River’s tributary. The construction of dam which started in 1974 concluded in 1985. With a height of 27 meter, the catchment area of river is around 6475 sq.km. In monsoon, the reservoir water starts rising to new heights presenting a marvelous scene for tourists.

Located on the shores of Mulavagu Rivulet, Vemulawada is 35-km from the city.

Earlier, that is, between AD 750-973, it used to be a capital city of Vemulawada Chalukyas. You can see one among the oldest temples in the city. The excellent architecture under Chalukyas could be seen here in the form of existing temples and statues. There are several inscriptions written on the temples.

A renowned pond known with the name of Koneru has many healing properties and hence is thronged by large number of people. A long queue of devotees could be seen on Mahashivratri here. 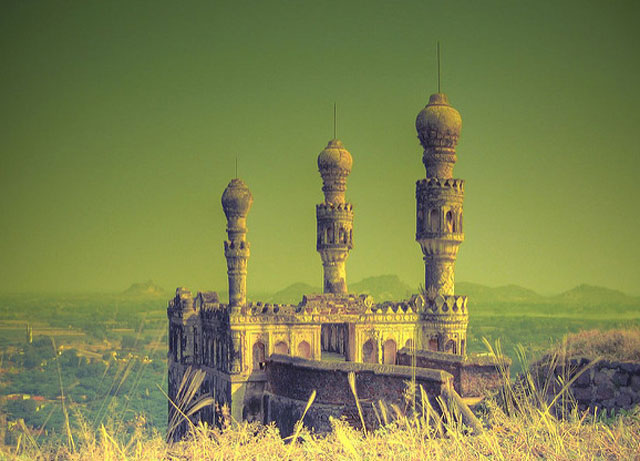 Do you want to see a mosque with shaking minaret? If yes, then you should visit the Elgandal Fort which is located on Manair River’s banks. This fort has witnessed coming and going of many dynasties. Rulers such as Kakatiya, Qutub Shahis, Bahmanies, mughals etc had ruled this fort for years.

Located 10 kilometers from Karimnagar at Kamareddy Road, it is also called as Teen Minar which symbolizes Three Towers. Along with fort, there are other attractions as well which are Brindavan tank situated outside the eastern gateway of the fort, which has minaretes oscillating after being shaken.

It was built in 1754 AD by Zafar-ud-Doula. Dho Minar has tall pillars with the height equal to Hyderabad Charminar. There are palm groves around.

As per the local beliefs, this shrine was made by a cowherd some 300 years back. Situated at a distance of 37 km from Karimnagar, the present temple complex was constructed around 160 years back by Karishna Rao Deshmukh.

The temple is dedicated to Lord Anjaneya Swamy.

The idols of Lord Venkateswara, Goddess Alwaarula and Lakshmi also find place in the temple. There is such a firm belief among devotees that those who don’t have kids will have have their own children if they pray here for 40 days.

This comprises a renowned picnic spot which was opened to guests in 2001. Situated near Manair River, it presents a ravishing view. There is a recreation Park nearby which is a heaven for kids. One can relax and rejuvenate here. 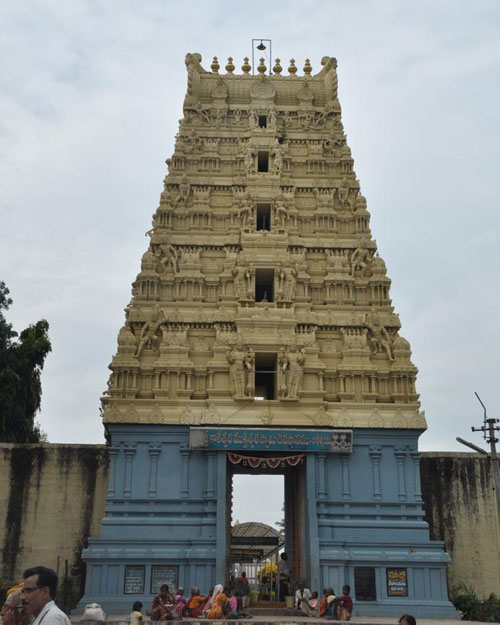 A pretty little old village has everything in store for tourists. There is nature, greenery, temples, etc. to feast your eyes. Located at the confluence of two rivers, namely, Godavari and Pranahitha, the village has the Mukteswara Swamy temple which is known for its two Shivalingams.

Also known with the name of Dakshana Kashi, it is dedicated to Raja Rajeswara, which is an incarnation of Lord Shiva. Many consider it as a Banaras of Southern India due to the presence of this holy temple in the city.

It stands at a distance of 34-km from Karimnagar. A Dargah of a Muslim saint inside the temple complex makes this place all the more interesting and devotees offer prayers here, no matter what their caste creed is.

Hence overall, this city has enormous significance in terms of history, archaeology and pilgrimage.

Those who want to dig out the historical facts should definitely visit this city. Also those who want the answers to their prayers and take holy dip in water with medicinal properties should make an itinerary keeping in mind Karimnagar and its attractions.