From being the capital of Pallava Empire to now being a UNESCO World Heritage Site, Mahabalipuram has been luring tourists with its ultimate scenic sights and well-carved temples. Also known as Mamallapuram, it provides views of amazing sunsets and many heritage sites.

A small town situated in Kanchipuram district, it can be defined as a pristine beach which has still not been touched by commercial wave. Hence, a peaceful and tranquil ambience can still be felt here. You will be spoilt for choice when you think of touring the city and therefore we give you the five most beautiful locations which should not be missed: 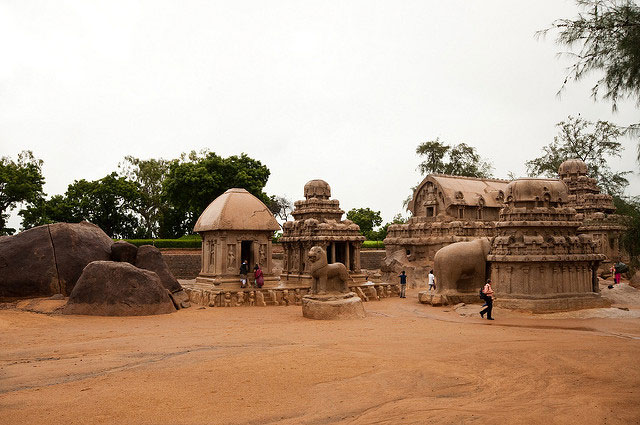 If you want to see the ultimate design, architecture and setting, you should visit this place which is now branded as a UNESCO World Heritage Site.

A monument complex in Mahabalipuram, it is a part of the Coromandel Coast situated in the Bay of Bengal. As each of the monument is built in the form of chariot, it is called as punch rathas (meaning five chariots). Each monument is constructed by one big granite rock and hence we can term them as monolith structure. They comprise the following characters:

It was during the region of Pallava dynasty when these monuments were built under the rule of Mahendravarman and his son Narasimhavarman I.  Many a times, this building is mistaken for being a temple, but they have never been shrines as no prayers were performed here and also they couldn’t be completed after Narasimhavarman I passed away. The respective names are given to these rocks to ensure they enjoy a distinguished entity. They also don’t have any relation with Mahabharata characters. 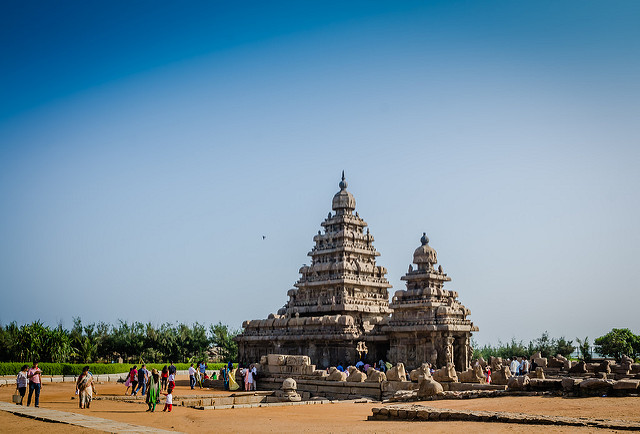 It’s a two-tower temple displaying a classic example of cut rock overlooking the widespread sea around. One of the most renowned temples of Mahabalipuram, it speaks volumes about the exquisite architecture of Pallavas. it’s a must-visit sight owing to its distinguished architecture. 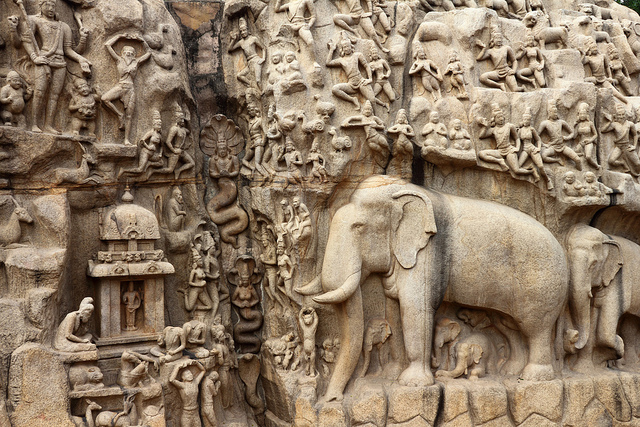 Photo by Mahesh Balasubramanian, CC BY 2.0

If you want to see the different happening sites in Hindu mythology, you should visit this place which carries the inscription of many chapters of Hindu mythology. You can see a masterpiece stonework in this city where inscriptions are made on a big, giant boulder. There are many hotels nearby and the place is easily accessible. 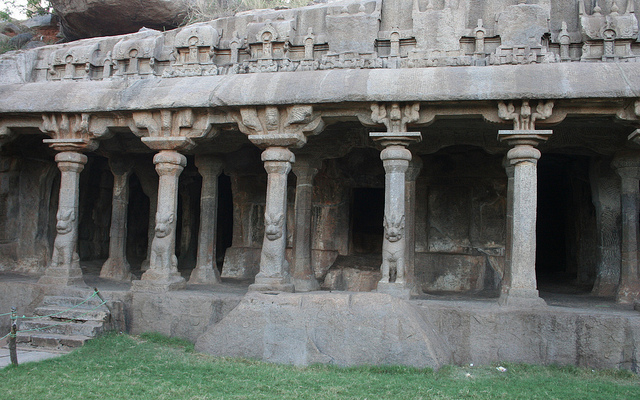 Photo by Nagarjun Kandukuru, CC BY 2.0

Displaying the might of the royal kingdom of south India, this temple is one of the largest cave-cut temples of Lord Krishna. This is also one of the oldest temples.

The sculptures of different Gods such as Krishna, Indra and many other wild animals are beautifully carved to give it a real look. 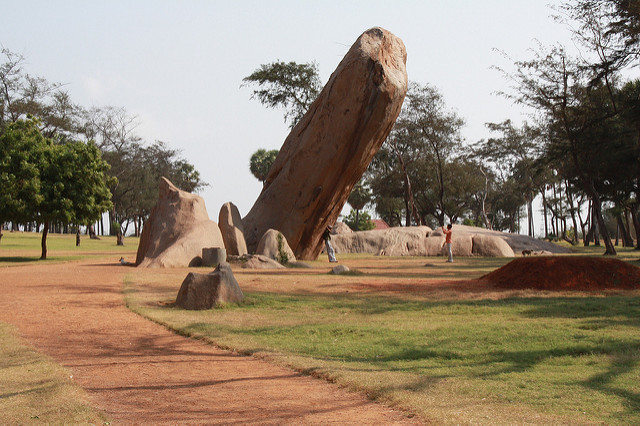 There are plenty of caves in this city which speaks of many stories in the form of its art, architecture, culture and sculpture.

One of the most famous caves among all is the Mahishasurvardhini Cave portraying the Goddess fighting against Mahishasur. The other caves present here include Varaha Cave, Tiger Cave and Old Light House.

Mahabalipuram undoubtedly is a heritage city which has the marks of beautiful architecture of ancient era. The pristine beauty of the structures can be seen once you arrive here. Years have passed ever since these structures were erected, but the artistic excellence still looks afresh.

If you too want to take a dip in the world of heritage, art and culture, you should plan a trip to Mahabalipuram.