A perfect fusion of history, culture, tradition and hailed as the Athens of the East is Madurai in Tamil Nadu.

The winter season from December to February is the best time to visit Madurai as the weather is very conducive for outdoor activities. Monsoon from June to August is marked by heavy rainfall and lush greenery and Madurai becomes a haven for nature lovers. Summers are best avoided due to extremely high temperature. 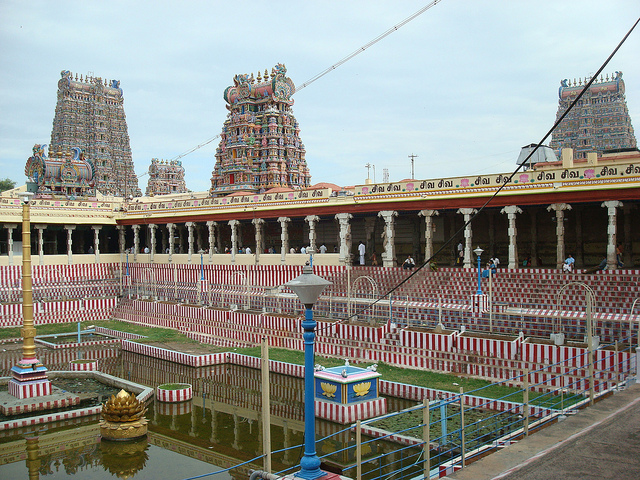 Madurai –Meenakshi is how many people remember Madurai! The Meenakshi Amman temple here which is situated on the southern banks of the river Vaigai is that famous. The main deities here are Goddess Meenakshi and Sundereshwara and legend has it that Goddess Meenakshi is one of the very few female deities in Hinduism to have such significant temples dedicated to them.

Although the temple faced destruction during the 14th century, the temple’s gopuras, prakaras and the idols have been restored and beautified! There are about fourteen gopuras with the southernmost tower being the tallest. The intricately designed exterior, the beautiful paintings and idols and the famous Hall of Thousand Pillars makes this temple a top priority for visit in Madurai. 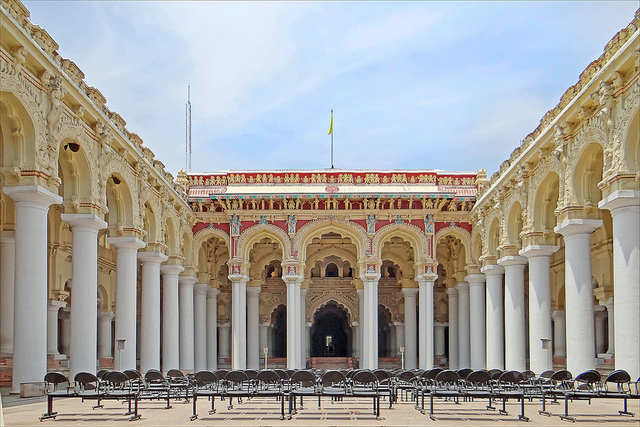 A true representation of might, elegance, engineering acumen is the Thirumal Nayak Palace in Madurai. Located at just 1.5 km from the Meenakshi Temple, this palace boasts of a perfect fusion of Dravidian and Rajput style of architecture. Hailed as one of the wonders of the south has beautifully decorated arches, mammoth white pillars and a number of sparkling black, polished stone pillars.

One can stay back for a half hour sound and light show in appreciation of King Thirumala; his achievements, passion and courtesy towards his subjects. The palace is open from 9:00am to 1:00pm and then again from 2:00 pm to 5:00 pm. 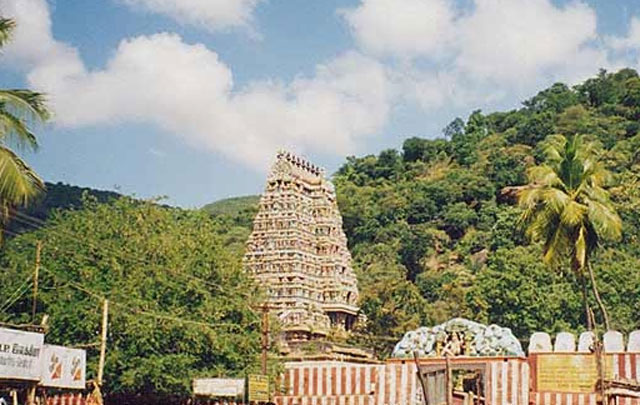 Emerging from greenery, a raised gopuram ensconced by the beautiful prakara is the Kallazhagar Temple in Madurai. Dedicated to Lord Vishnu, Goddess Meenakshi’s brother and Goddess Lakshmi as Thirumamagal, this temple is proclaimed as one of the Divyadesam worshipping Vishnu.

Ensconced by a granite wall are all the shrines and in the central shrine is the presiding deity Sheshashayana along with the images of Goddesses Sridevi and Bhudevi in the sanctum.  The Navarathri festival during September-October is the time when the entire temple is all decked up and reverberates with spirituality. 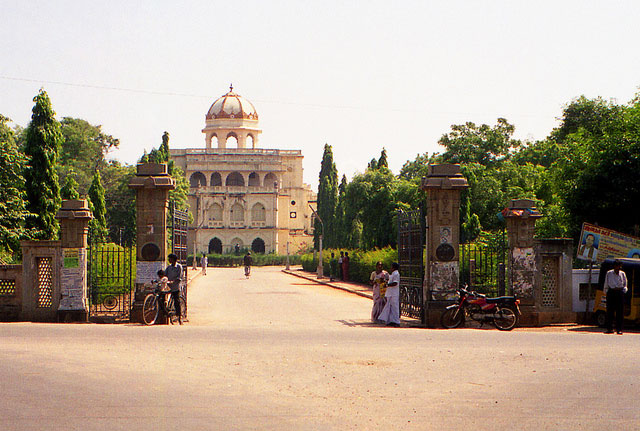 The Gandhi Memorial museum is no ordinary museum, apart from having a range of memorabilia; this Gandhi Sangrahalaya includes a replica of Gandhiji’s blood-stained garment that he wore on the unfortunate day of his assassination. The museum is located in Tamukkam in Madurai.

The collections include letters addressd by Gandhiji to freedom fighter Subramania Bharti, the most astonishing letter to Adolf Hitler, exhibits on Freedom Movement, paintings, photographs and many more. Now there is an Open Air Theatre which where film screenings, cultural programs are held and Gandhi Kutir and also Library for Research Scholars. It is a roller-coaster ride through the museum of happy, proud and sad moments. 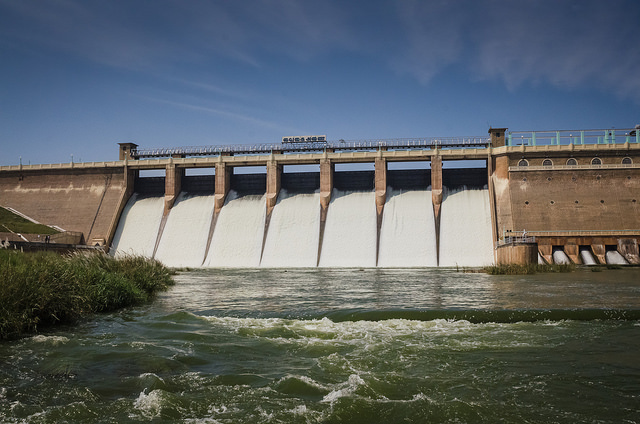 Like an unlikely dissolution of amethyst in water is how splendid the Vaigai dam looks at sunset! Near Andipatti and across the Vaigai River is the Vaiga Dam in Theni, Madurai. The roaring water from the dam coupled with the sunlight that manages to light up the whole place with an auburn tinge! There is a park with a children’s play area neighboring the dam and also boating facilities which one can avail for a calm and peaceful time! 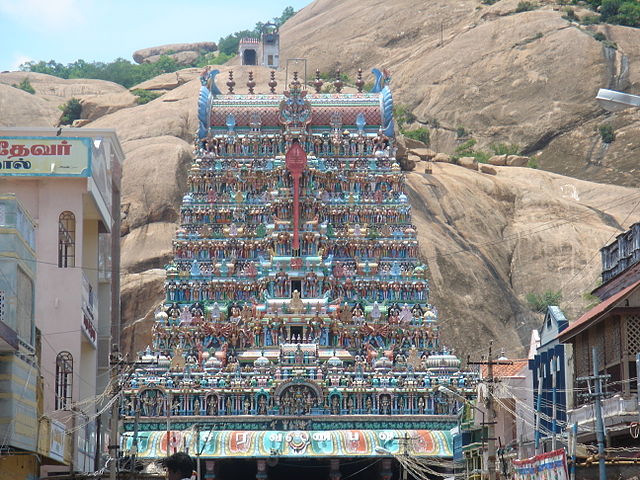 Located at a distance of 8 km from Madurai is the Thirupparamkunram temple and is dedicated to Lord Murugan. This place is believed to be auspicious for it is considered to be the place where Lord Murugan married Goddess Deivayanai, the daughter of Lord Indra.

The architecture of the temple is rustic and elegant; it is carved in rock and has three Mantapas which are situated at varied levels viz, Kambathadi Mantapa, Ardha Mantapa and Mahamantapa. Lord Shiva, Vishnu and Ganesha and Goddess Durga reside in the main shrine along with the main deity.

The festival of Brahmotsava is celebrated here with great pomp. One can take a bus from the Madurai Periyar bus stand to Tirupparankunram and the temple is open on all days of the week. 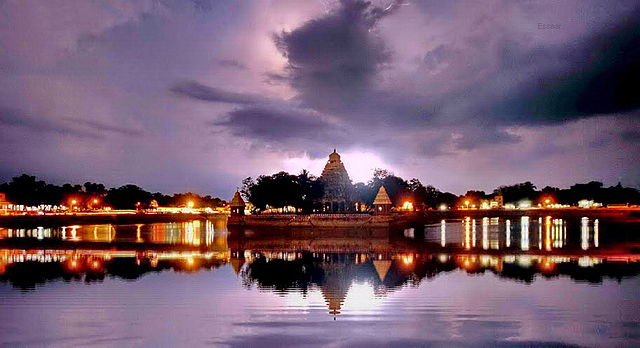 The sight of the brightly lit coracle during the Float festival with Goddess Meenakshi and Lord Sundereshwar placed in it and decorated with flowers is a beautiful, unforgettable sight!

The Mariamman Teppakulam is a square tank located at a distance of about 5 km from the Meenakshi Temple. This pond is not only religiously significant but also a beautiful place for photography. This is the largest tank in Tamil Nadu and has the Vinayaka temple located right in the centre of the tank. The place sees tourists coming in from all over India to celebrate the festival. 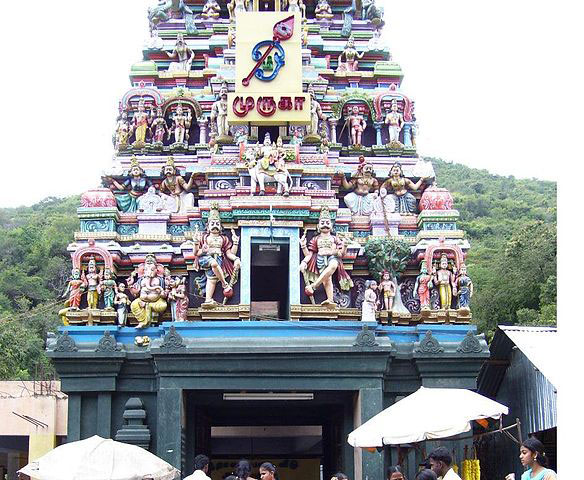 Located very close to the Azhagar Kovil is the Pazhamudircholai Murugan temple, another beautiful temple dedicated to Lord Muruga. There are many buses from the foothills of Pazhamudircholai to the temple or one can opt for car or buses which are aplenty and regular. This particular temple complex has Lord Ganesha, Valli, Deivayanai shrines along with Lord Muruga in addition to another temple above this which the local tribes have inhabited.

This temple is surrounded by lush greenery and cool wind keeps blowing, the location is in a pretty calm and peaceful place and one can visit this temple for some peaceful, quiet time!

Madurai is the temple hub of Tamil Nadu indeed and one has to visit it not only for the religious aspect but also to marvel at the beautiful architecture of the many structures built here and the admirable maintenance of this place.