A glimpse into virgin beaches, heightened hills, gushing rivers and rivulets of Kanyakumari will make you feel in heaven. The natural beauty blended with sacred sentiments will further ensure you that there is no other place like Kanyakumari where you can meditate, introspect, marvel at the nature and also feel relaxed and rejuvenated.

There is blend of culture, traditions, customs and architecture of Tamil Nadu with that of Kerala and this combination makes it all the rarer. Now let’s explore seven places which have been wooing the tourists from across the globe:

Want to look at the multi-colored sand on a beautiful beach? Wandering? Hey, it’s a reality and the sand in different shades could be seen at Kanyakumari beach. However, you can’t visit in the waters ashore as it’s rocky as well as dangerous. The beautiful shades of sky during sun rise and sunset can give you a memorable view. A lighthouse located near the beach is yet another attraction for tourists. The unique proposition of the beach is the confluence of waters from three oceans, namely, Bay of Bengal, the Indian Ocean and the Arabian Sea. At times, during the evenings with full moon, one can see sun set and moon rise simultaneously. 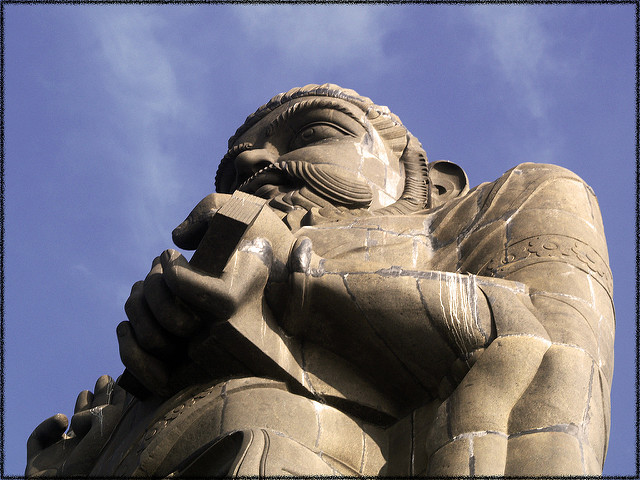 The renowned poet who is still alive with his writings is remembered in every nook and corner of the city. Making a tribute to this immortal poet, a statue of Thiruvalluvar has been installed here which is 33 feet in height from its pedestal and 95 feet tall. The Alankara Mandayam surrounds the statue and the former is then surrounded by 10 elephants.  A total of 140 steps could are there to ensure tourists can get inside and worship Thiruvalluvar. 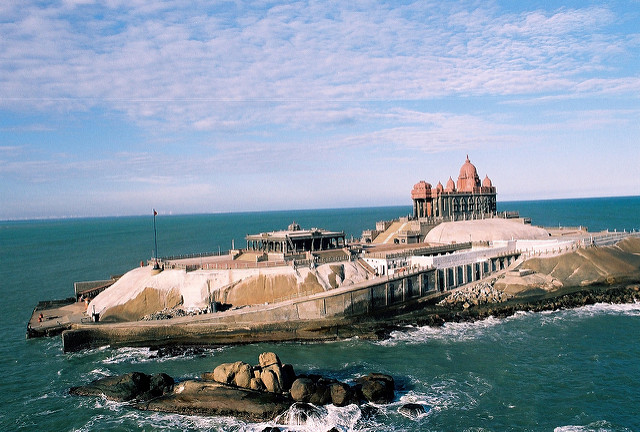 This is yet another attraction of the city which woos tourists with its charisma and beauty.

A sacred monument, which is built by the Vivekananda Rock Memorial Committee, is believed to be the place where Kanyakumari worshipped. Vivekananda also engaged in deep meditation here on December 24, 25 and 26th, 1892.

It’s called Sripada Parai in Puranic traditions which means a rock which has blessing of Goddess, as it has touched by the feet of Goddess.

There is a Meditation Hall which has six adjacent rooms, and an Assembly Hall.

This temple stands straight on sea’s edge and tells an altogether different story. It’s dedicated to Kumari Amman. A legend behind the formation of this temple says that she had to make endless waits for her bridegroom on her wedding date but he didn’t turn up.

The unique aspect here is that the ring in the idol shines bright and sharp and hence could be seen from great distances.

There are stories of ships crashing into rocks while getting attracted to the light and hence the eastern door of the temple was closed to check such accidents.

This door is opened five times in a year. 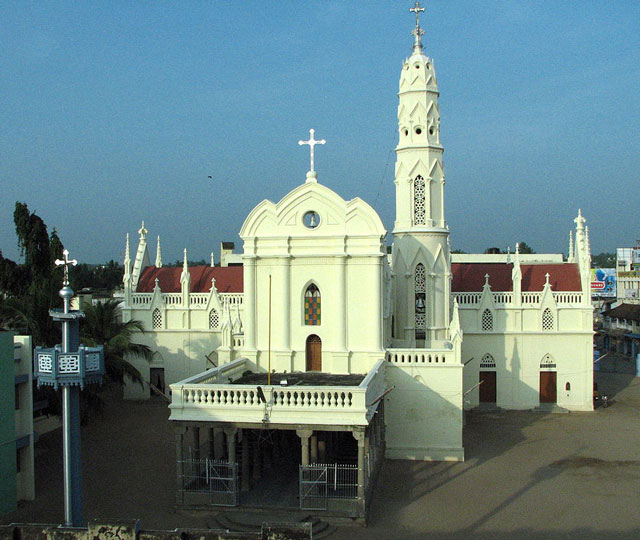 The St. Xavier Church enjoys immense name and fame owing to day-to-day miracles reported from here.  There is a 10-day festival organized annually with great zeal and fervor in the months of November and December. This festival is also attracted by tourists from across the world who also visit here to offer their prayers.

A story of priest who visited here should be mentioned in this context who was a divine worshipper and a kind soul. He averted the attack of Padagas invasion on Venad residents and hence was awarded a piece of land by the king. This priest was none other than Xavier who then constructed a catholic church in Kottar. It was built in 1600 AD and in 1865, it was expanded. It became a cathedral in 1930. 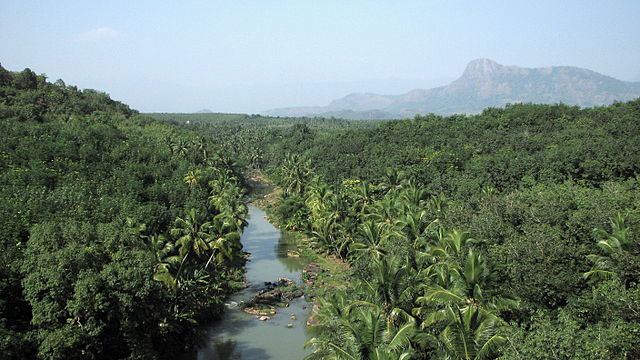 Situated 60-km from Kanyakumari, this aqueduct is one of the longest as well as the highest aqueducts in South Asia. Built over the Pahrali river, the Mathur Aqueduct transfers water from one hill to another. It is held up by 28 pillars. Special arrangements have been made to ensure that people can walk easily on the bridge. The view from the middle of the aqueduct is amazing as one can see lush green surroundings with the background of Western ghats and its hills around.

Have you ever seen a pretty waterfall cascading in the middle of dense forests? If not, you should visit Olakaruvi or Ullakarvi which can be seen at the stretch of 25-km from Nagercoil. If you want to access the falls, the only way is to walk on foot from the base of the hill. The trek is not so simple and passes through rocky area. This location has two falls. While the lower fall serves as a picnic spot, the higher fall is situated on a further height. The specialty of these falls is that the water is cold in summers as well.

Now, after reading about these attractions, don’t you feel that Kanyakumari is a place blessed by Gods and Goddess? It has an enchanting attraction which keeps on attracting tourists from across the world. The divine aura in many such attractions is still a focal point of attraction.

If you too want to have a glance at a few of the divine attractions seen and felt here, you should plan a visit to Kanyakumari once in your lifetime.