Known by various sobriquets such as ‘Manchester of South India’, ‘Pump City’ and formerly known as Kovai is Coimbatore, a major city in Tamil Nadu.

Summers and Monsoon seasons are best avoided due to the extremities of the weather. September to March is the best time to visit as the weather is salubrious and is ideal for sightseeing. 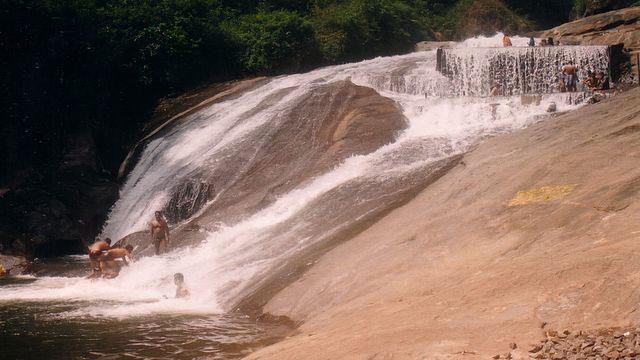 Located at a distance of 36 km from Coimbatore Railway Station, the Siruvani Waterfalls are located in Siruvani Hills in Tamil Nadu. People usually travel from Siruvani Dam, which is a 4 km trek to the falls. It is a very safe place for families with kids to travel and the scenic beauty is just mesmerizing. There are many buses which ply from Coimbatore to the Siruvani Dam.

The waterfall is also popularly known as Kovai Courtallam and the gateways’ architecture has imbibed the architectural styles of both Kerala and Tamil Nadu. A nice day out with family and friends can be planned to this place and the fresh, refreshing taste of the Siruvani water complemented by the breathtaking view is something that cannot be missed. 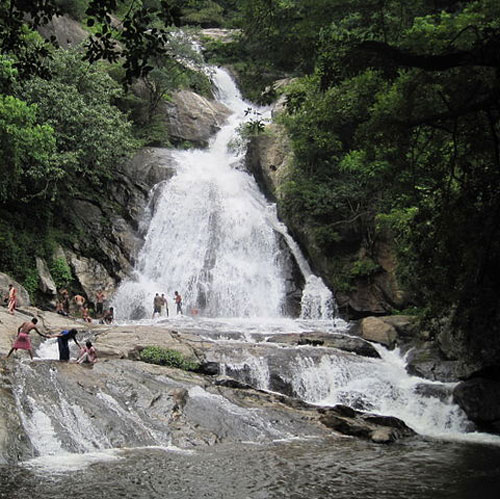 Coimbatore is the place in Tamil Nadu where urban life and the nature live in harmony. The Monkey Falls which is located near the Aliyar Dam in between Pollachi and Valparai is known for its perennial nature and the lush greenery around.

One can easily take a cab or a bus from the Aliyar Dam and reach within an hour or two.  Due to it being easily accessible, the place receives tourists all around the year but the best time to visit would be between the months of October and March. Trekking at the Monkey Falls is pretty popular and it is certainly a haven for photographers. 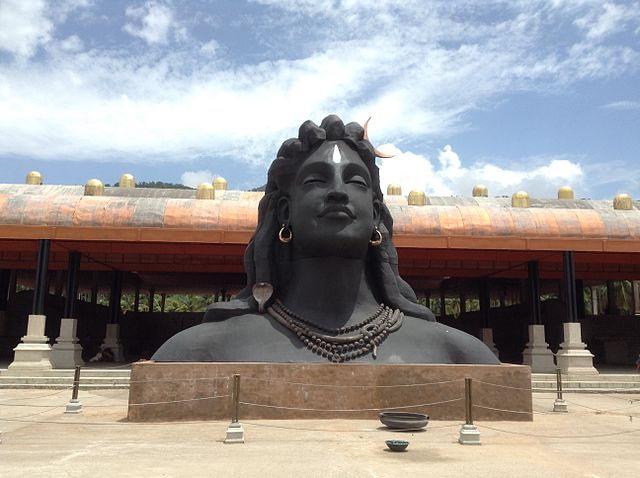 Visiting one of cultural and religious treasure house of India, one has to visit at least few of those many beautiful temples. The Dhyanalinga Temple is located at a distance of about 30km from Coimbatore in Semmedu and is a yogic temple. This temple is a milestone for it is the first temple of its kind to have been sanctified and well proclaimed to the world.

The beauty of this place not only lies in the extremely elegant architecture and the lush greenery it is surrounded by but also that it is aimed at maintaining peace and harmony and is not restricted to any particular faith.

As one enters the campus, the ellipsoidal dome just sends one into a spiritual trance with the linga on top. There is a Sarva Dharma Sthambha which is a symbol of harmonious co-existence of all faiths and has the symbols and sculptures covering most of the major religions. The Aumkar Meditation and the melodious Nadha Aradhana brings sheer delight and peace.

It is a wonderful feeling to be amidst nature and away from work and the hustle-bustle of city life and the Indira Gandhi Wildlife National Park is that very place one can visit in Coimbatore.

It is renowned for being the largest and undoubtedly well maintained sanctuary in Tamil Nadu. It is nestled in the Anaimalai Hills spread over three taluks of Coimbatore and Tripur districts viz, Pollachi, Valparai, Udumalpet.

One can find flora ranging from dry savannah to Tropical wet evergreen forest and the reeds. The fauna here of great variety and number; herds of elephants, shoals of fish, Nilgiri Tahr, Spiny lizard, Common Pit Viper and it is a haven for bird watchers and one can find Hornbill, Frogmouth, Red-winged crested cuckoo, Hawk Eagle among many others. 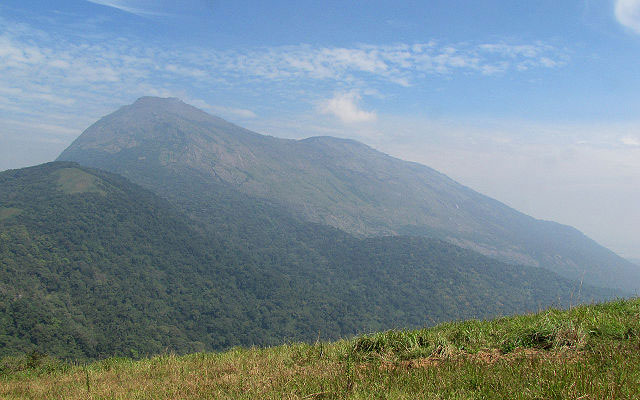 A vast expanse of green cover with hills aiming for the sky and the most sacred mountain shrines in Coimbatore is the Velliangiri. One can take a bus from Gandhi Puram to Velliangiri Hills which is at a distance of 30 km from Coimbatore and is located very close to Siruvani.

Known by the sobriquet of Dakshina Kailash, people believe that this is was the abode of Saint Agasthya. It is also perceived as a meditative, spiritual and peaceful place and is the place where many sages seek enlightenment by ardent penance. It is a wonderful hill to climb, starting from Poondi and the darshan of the Lord Swayambhu after scaling seven hills is pacifying and soothing!

All in all, one can say that though Coimbatore is hailed as an extremely important district in Tamil Nadu for urbanization and development, it has been successful in maintaining its natural beauty!