Renowned as the “Detroit of South Asia” and one of the most visited cities in India is Chennai, the capital city of Tamil Nadu.

There is no best time to visit Chennai and climate is a real shortcoming here. But, winters are relatively good to visit since the temperature is neither too low nor too high but cyclones are unexpectedly recurrent. Summers are extremely hot and humid and monsoon showers are pretty hard to brave. 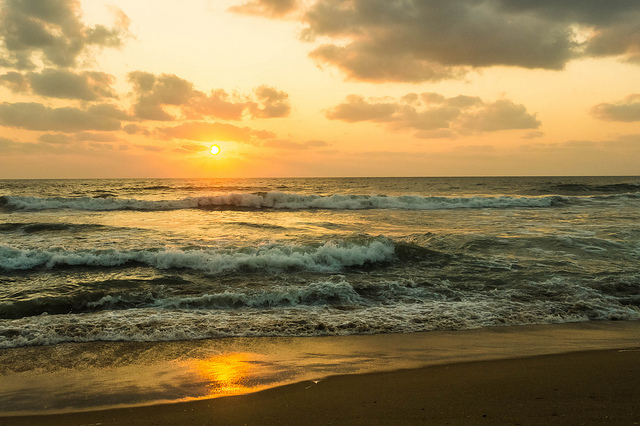 A person visiting Chennai will most definitely have the Marina Beach in mind because it is one of the places which are hassle free to find and excellent to visit on the day one reaches Chennai to just relax after a long journey.

The Marina Beach is located on the Bay of Bengal and runs from Fort St. George to Besant Nagar. A walk on this sandy and the sight of the Olive Ridley Turtles (can be spotted from mid-Jan to mid Feb) and a visit to the Rock Fountain and a long walk on the beach promenade under the night sky is just perfect!

Located on the Durgabai Deshmukh Road in Adyar, Chennai is the Huddleston Gardens of Theosophical Society which lies between the Adyar River and the coast. It is a nice, peaceful getaway from the hustle-bustle of the city and to take a nice walk!

There is a church, mosque, Zoroastrian temple and a Hindu temple along with a Buddhist shrine so it is a sort of religious congregation and is a nice place to visit. The place is open on all days of the week except Sunday. 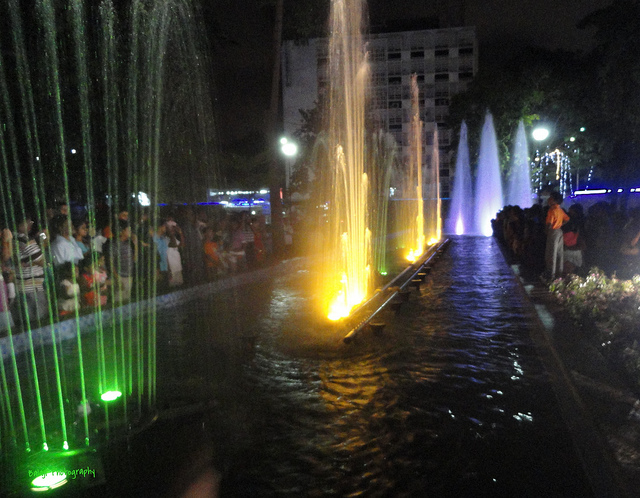 A lush green cover and basically a botanical garden, Senmozhi Poonga (Classical Language Park) is located in Ellaiamman Colony in Teynampet in Chennai. It is set up and maintained by the Horticulture Department and is a wonderful place for nice little picnic with family and friends. Old trees, various species of plants, aromatic and medicinal herbs, this place is a peaceful microcosm within a busy city like Chennai.

There are totally eight sub gardens with artificial pond, tree court, bonsai, herbal and exotic gardens and the Cascade garden at the fag-end. There is a huge open auditorium where many functions are usually organized. It is open on all days except Tuesdays. 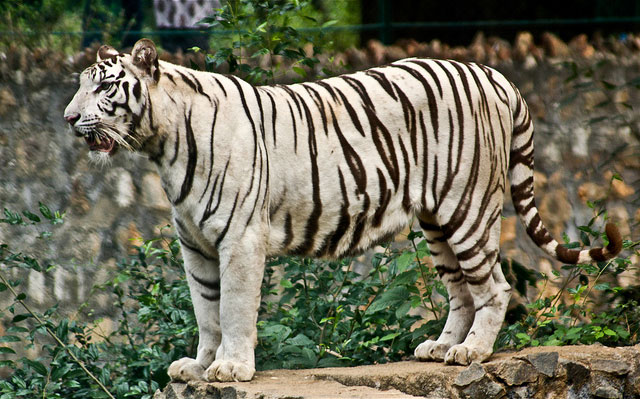 When one finds it hard to believe that a busy city like Chennai can have space for our much celebrated fellow creations, one should take a trip to the Arignar Anna Zoological Park. Located in Vandalur in Chennai, it is one of the biggest zoological parks in South East Asia. One can find lions, tigers, monkeys, crocodiles, rhinoceros, elephants and many more. One can opt for a cycle ride or battery operated car ride and take a ride through the litter free, animal heaven with family or friends. There is also a lion safari which kids really enjoy!

The park is open on all days except Tuesdays and exceptionally on Kanum Pongal. 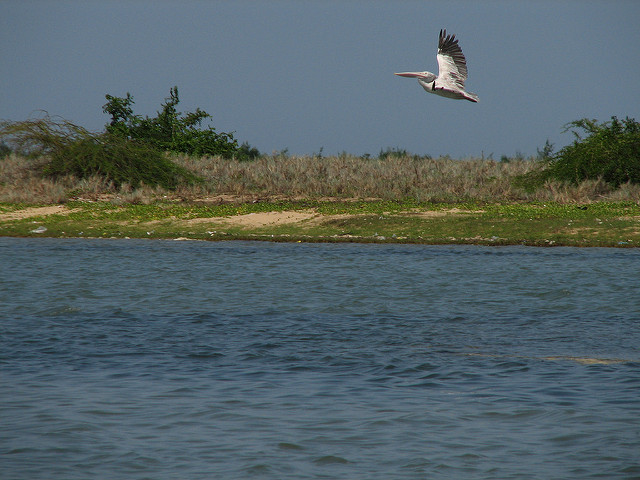 One of the very few places in Chennai where one can feel close to nature and find peace is the Pulicat Lake. The lake has most of it in Andhra Pradesh and about 3% of it in Tamil Nadu.

It is located at about 54 km from Chennai and one can reach there in about an hour and a half. The Pulicat bird sanctuary is a major attraction here especially October-March when there are a lot of migratory birds among which the flamingos are the majority and this makes it an ideal place for bird watchers and photographers.

The beach and the Dutch Cemetery are also potential tourist locations and one can come here for some quiet time! 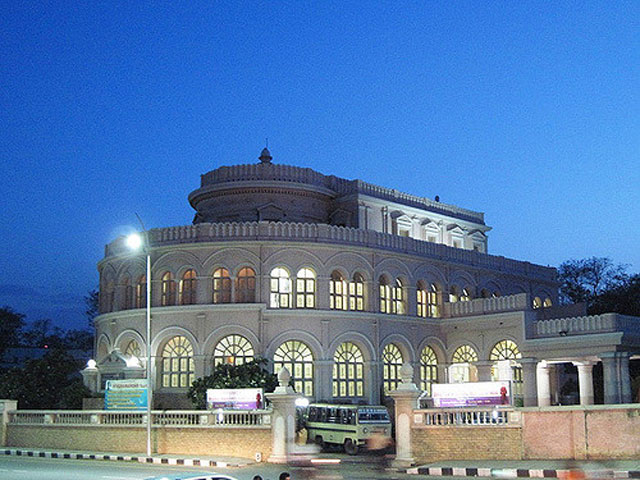 A historic landmark in Chennai, an architectural beauty and a symbol of peace, perseverance and foresight is the Vivekananda House (locally known as Vivekanandar Illam) is located in Kamraj Salai (Marina Beach Road) near Triplicane in Chennai. A cornucopia of knowledge about Swami Vivekananda and a time capsule of the divine personality, the place has put appreciable effort in encouraging and propagating knowledge among the masses.

The 3D movie on Swami Vivekananda’s speech at Chicago and the Divine Book festival are commendable. The exhibition here is in two phases which covers cultural heritage, the life history of Vivekananda and an insight into his personal life. There are many activities such as yoga and meditation classes, coaching centre for children and so on. The place is open on all days except for Mondays. 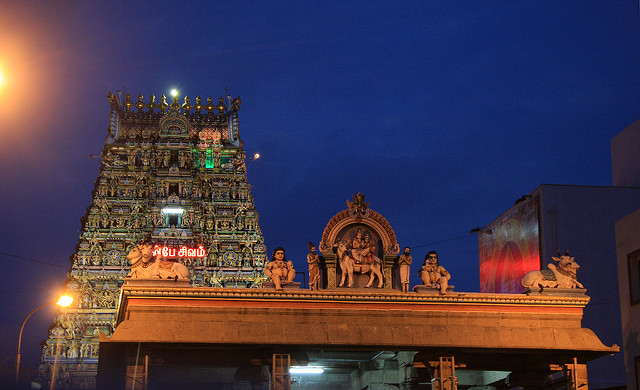 Photo by Vinoth Chandar, CC BY 2.0

Given that one is visiting a South Indian city; it becomes imperative to visit the many beautiful temples that are located here. The Kapaaleshwara temple is one such ancient, Dravidian architectural marvel located in Vadakku Maada Veethi in Mylapore in Chennai.

The main deity worshipped here is Lord Shiva and Goddess Parvati worshipped here is the form of Goddess Karpagambal which means the Goddess of the Wish Yielding Tree. There is a tank to the west which has broad streets on all its four sides. The inscriptions here are legendary and one gets a sneak-peak into its history. The temple is open on all days except for Monday.

One of the very few places where quiet, calm and untouched natural beauty can be found in Chennai is the Breezy Beach. Unlike other beaches which are usually crowded, the Breezy Beach which comes near Valmiki Nagar is pretty secluded and peaceful. The water is clear and the sand just sifts through one’s feet while walking on the coast.

The sunset here is one beautiful sight that cannot be missed and boat rides, water sports are pretty popular. Head to this beach for some quiet time after a long day in the city! 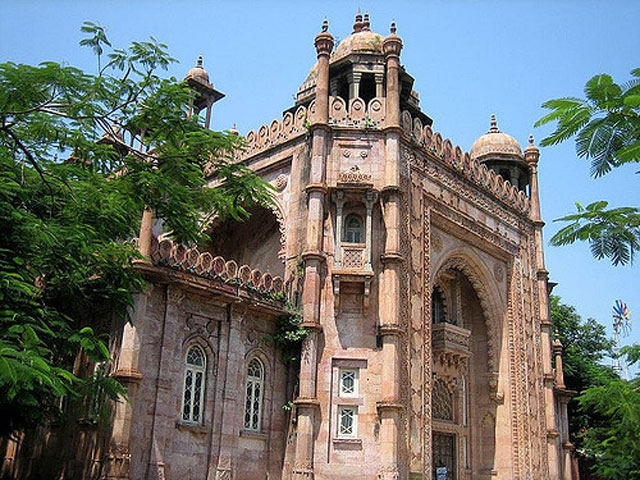 Also known as Government Museum, the National Art Gallery located on Pantheon Road in Egmore is one of the oldest art galleries in India. The style of architecture Indo-Saracenic and the gallery is divided into four sections viz, Tanjore Painting Gallery, Ravi Verma Painting Gallery, Indian traditional Art Gallery and Decorative Art Gallery. The Ravi Verma paintings here are of great beauty and renown and it is a haven for artists and art aficionados. The painting from Mughal eras, the sandalwood sculptures and the handicrafts are mesmerizing! 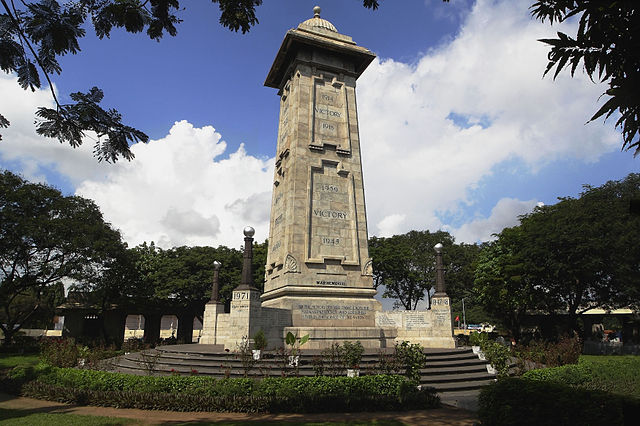 Formerly known as Cupid’s bow is the Victoria War Memorial located to the south of Fort of St. George.  It was constructed in commemoration of the Allied Armies’ victory during the First World War, and in memory of those who lost their lives from the Madras Presidency during the Second World War.

The memorial has grown to pay respects to those martyred during the Indo-China war (1962), Indo-Pak war, 1948 Kashmir Aggression and the Kargil Operation. This is a sad reminder of the martyred but also a sense of pride for the country and a powerhouse of confidence for us and a sense of inspiration. One must visit this memorial in remembrance of the brave who died serving our nation. 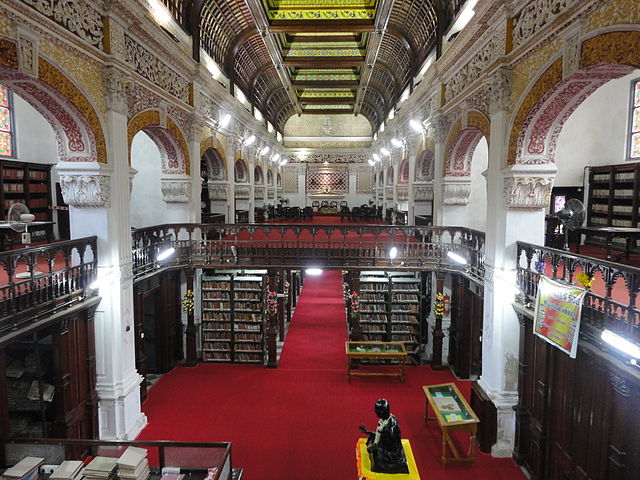 If a person who is an avid reader or likes peaceful time with some books around and marvels at public establishments such as libraries, then the Connemara Public Library is one of the best places to visit. It is located on the Pantheon Road in Egmore.

The awe inspiring architecture which is a fusion of Southern Hindu, Rajput, Mughal and Gothic teamed with unusual collection of books covering a range of subjects on accounts of history, politics, NCERT textbooks and many periodicals and publications of the UN is a very proud sight! The library is open from Monday to Saturday from 9:00 am to 7:30 pm and boasts of around six lakhs books.

Apart from the umpteen numbers of temples, there are other religious destinations such as churches and mosques whose significance and their architecture is just marvelous. Located in Saidapet, the Little Mount Shrine is one of the most intensely religious places one can visit.

It is the place of St. Thomas, an apostle of Jesus who took refuge here. One is just feels teleported to the past at the sight of the tableau and St. Thomas’ footprints and many people of varied religions and races come here in harmony and is a reassuring site. The beautiful view of the Chennai Airport and the city is like an added bonus.