If you have a taste for magnificent havelis, medieval forts, divine temples and royal palaces, this is a place meant for you!  The beautiful landscape and serene surroundings will leave you bedazzled. It is situated at the base of a large hill and owns a beautiful lake in the center.

Bundi also houses many old step-wells also called as baowris in Hindi, which are well-preserved till date in the form of Nagar Sagar Kund, Raiji ki Baori, and Nawal Sagar. Now, let’s discuss the five top attractions of the city which should not be given a miss in this town: 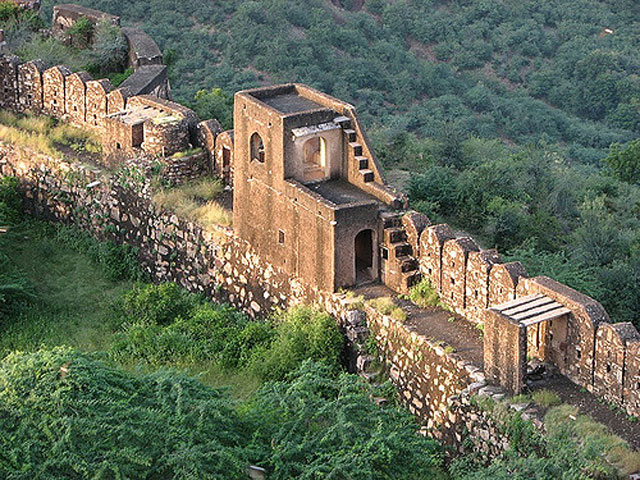 Standing as a pride of Bundi, Taragarh Fort has been alluring history buffs, regular tourists as well those who have a penchant to explore palaces and forts. It’s one of the prime attractions of the city which was built in 14th century. There is a cannon and a large reservoir which has been carved by one single piece of rock. Located at a close proximity of Taragarh fort, there is another beautiful palace known as the Bundi Palace which has been attracting all with its exquisite murals displaying the glorious era once owned by Indian royalty.

This comes as a beautiful temple town which is also known for its Bijolia Fort. Located 50 km from Bundi, it is well connected to other places by rail as well road. Bijolia touched new heights in 9th century during the Chauhan period. One of the prominent temples here is the Hajaresvara Mahadeva Temple which houses a tall linga. This in turn is encircled by many smaller lingas. What makes it distinguished is the Bundi to Bijolia excursion? The other renowned temples of the town are Baijnath, Undeswar Mahadeva, and Mahakala temples. Those engaged in excursion from Bundi to Bijolia should also visit the Mandakini Kund where the water is known to have divine characteristics. All temples here have a carved arch at its entrance which is embellished with Ganesha which acts as a protector or guardian to all.

Situated in the heart of the town, it is a hotel in Bundi which offers all kind of modern amenities. You will be amazed to see traditional Rajasthani artifacts along with the ultra-modern facilities.

The interior of all the rooms in Braj Bhushan Ki Haveli are exclusively portrayed by traditional Rajasthani art and are also well equipped with modern facilities. You can enjoy facilities such as Hot and cold running water, Cable TV, bar, restaurant, interesting memorabilia, home-cooked Brahmin vegetarian meals, pleasant terrace and pick-up facility. 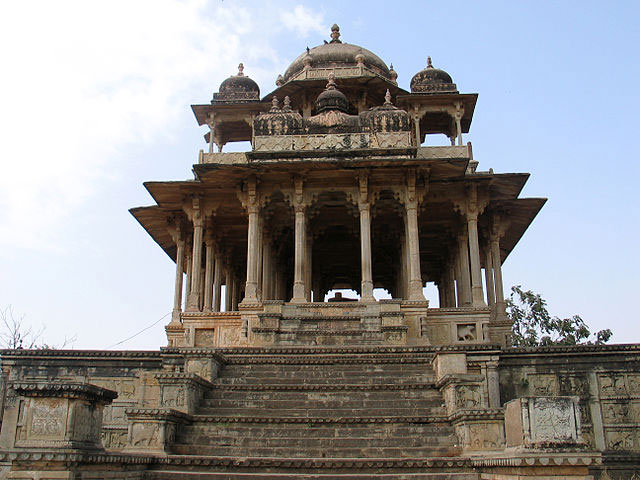 One among the major attractions in Bundi, this structure houses 84 pillars that extend support to the complete monument. Located to the south of Bundi, it was Rao Anirudh Singh, a renowned Rajput, who constructed this pavilion in the late 17th century. It was built as a tribute given to Deva, who was a wet nurse. Wet nurses used to take special care of princes and princess and shower their love on them. Deva was one such wet nurse to Rao Anirudh Singh. Along with these 84 pillars, the building has intricate designs, patterns and styles with a beautiful decoration. A shivligam is placed inside the chhatri here. However, this place has been a victim of ravages of time and one of its structure has been destroyed.

Considered as one among the largest kunds in Bundi, it has been frequented by many tourists and is also referred to as one among the most visited places by tourists. They are steep wells constructed by the Rajput royal kings which are evidence to the glory of Rajput kings and royal members. This place has also been known as the Jail Kund, which is a must-visit destination for tourists visiting Bundi.

The water-level is deep in these steep wells and you need to use steps to reach here at the Kund. The intricate carvings on the staircases will leave you mesmerized and will also take you to the Dabhai Kund, Bundi.

So if you too want to be a part of the glorious era, you should visit Bundi once which has been a part of many historical chapters and stand as a magnificent evidence to various happenings of the past! The magnificent forts and landscape is something to give you long-lasting memories here.