Want to explore a rich heritage existing on a barren landscape? Visit Barmer situated in the western Rajasthan, 153 km off from Jaisalmer. With several historical sites in its fold, this town has been one among the favorites of tourists. It’s one of the major parts of Thar Desert. The rich crafts, dance and music has been wooing tourists from across the world and the mud-houses decorated with folk motifs lure them to this place. The town was founded in the 13th century and is named after Bahada Rao Parmar who was the ruler here! However, the present Barmer came into being in 1949 after the merging of Jodhpur with Rajasthan. The five main attractions of this city are:

With a group of five temples situated in Hathma village, this temple dates back to hundreds of years and hence is a focal point of study for history and art lovers. Out of all five, the most impressive one is the Someshvara Temple which makes a blend of exquisite sculpture and a Solanki style of architecture. Also labelled as the Khajuraho of Rajasthan’ owing to an erotic architecture, these temples are believed to have been built in 11-12 century. There is an inscription dating back to 1161 AD, which says that Hathma was once called as Kiratkoop and it made the capital of the Panwara dynasty.

Originally, it was called as Kiradkot and was ruled by the Kirad clan of Rajputs in 6th and 8th centuries.

This is a beautifully laid out park housing a pretty and tiny museum. There are lot many ancient stone carved statues here. The park is situated near Barmer and could be also be kept under the museum category which displays a stone sculpture.

This temple is also called with the name of Parshvanath Temple and is one among the main Jain pilgrimages in India. Located on a hill at 1500 ft height, it falls on the road stretching from Jodhpur to Barmer. A figure of Parshvanath, the Jain saint, could be seen here which is made up of black stone. According to legends, two brothers, Nakorsen and Veersen, built this temple some 2300 years ago. 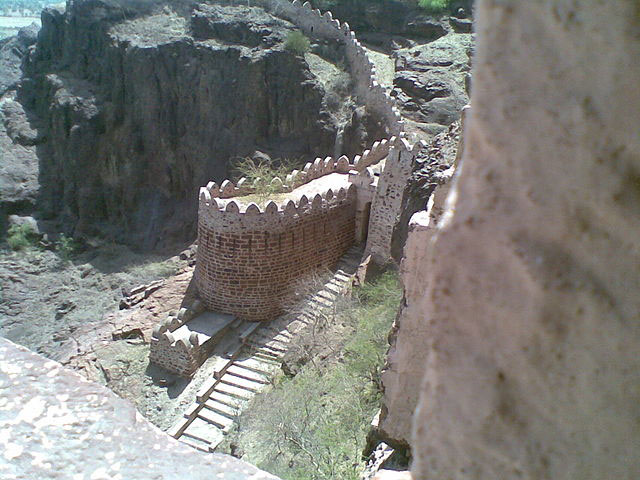 Fort Siwana is located in Siwana which is a Tehsil in Barmer. It has been on international tourists’ map owing to the presence of Gadh Siwana, where Gadh means Fort. This fort lies on top of a hilltop. Although the fort is not in the best of its condition, it houses a beautiful pond. There are many tales attached to this fort one of which is of Alauddin Khilji who once ruled Delhi in 1308. Many years ago, he besieged the fort but the masses led by Sutal Deo, created a smart defence.  Hence a fair, Kalyan Singh Ka Mela, is organized each year to commemorate this victory. It is organised in the Shravan month. As it is surrounded by Aravali from all sides, it’s beauty comes out at its best during the monsoons.

It’s a lovely garden situated on Chohatan route. Located at a distance of 23 km from Barmer, it also houses a swimming pool which garners major attention of tourists.

It is also known as an attention grabbing spot. While it gives a breathing space to tourists from the sandy world, this old swimming pool also refreshes you while evaporating your tiredness. You can relax with your family in the garden, hold a picnic and admire the lush greenery around.

Hence Barmer could be termed as a historical town which is full of stories ranging from bravery to fierce attack, religious to commercial and therefore, it entices tourist of each category, no matter if he is a religious personality or a history buff! Once you are in this city, you will definitely fall in awe of this place owing to its distinguished distinctions.