Want to see the miracles of nature in the form of living root bridges, plush waterfalls and lush green surroundings? Want to get drowned in the enchanting and pristine beauty of nature? If the answer to all these questions is ‘yes’, then you should visit Cherrapunji once in your lifetime. This place has been blessed by nature in many forms and it therefore lures tourists from across the world.

It’s the second wettest place on earth and receives rainfall throughout the year. Also, it enjoys the most encapsulating and scenic landscape on earth. Once you visit this place, you will feel how mother nature has been biased to this part by showering all her precious gifts on Cherrapunji.

Now, let’s discuss the top 5 places in this nature-blessed city which should be visited once in a lifetime to define nature at its best. 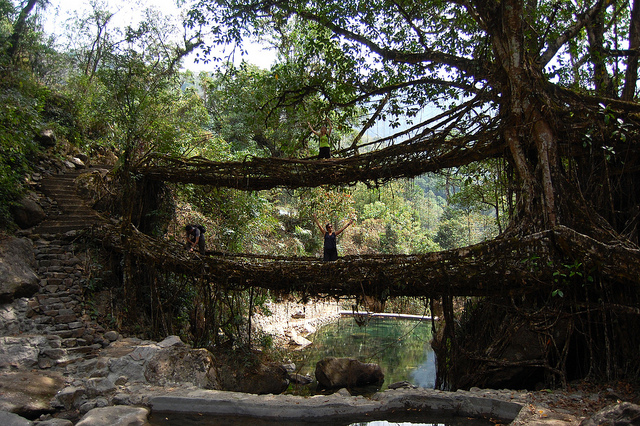 Photo by Satish Krishnamurthy, CC BY 2.0

Nature’s gift can be best seen in the form of root bridges, also known as living bridges. They are formed from the Ficus elástica tree’s roots. These roots come up with a chain of secondary roots which form bridges.

Living root bridges are known to be the most unique ones in the world. They are either double decker or single-decker and exist in the form of loops and tangles of thick roots. These roots twine around one another to form a bridge which has the strength to hold many people at one time. Many of these bridges are over a hundred feet long.  It takes around 10-15 years for these bridges to become functional completely and they keep strengthening over the period of time. They can hold the weight of over fifty people at one time. 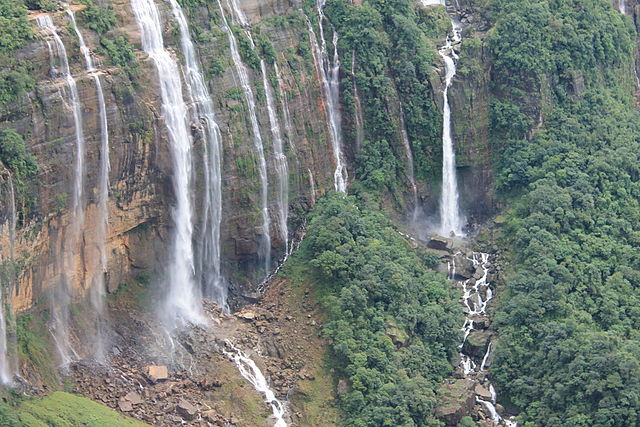 Enjoying the credit of being the only waterfall in the country with the tallest plunge, it falls from a stunning 1115 feet-height. It also enjoys the position of the fourth highest waterfall in the world. Being a high destination of Cherrapunji, it gives a breathtaking view. Further, the roaring sound of the waterfall could give you goosebumps. The spectacular views would enthrall you and make you wonder at the miracles which nature has bestowed on mother earth.

There is a waterhole developed at a place where the spouting water from the rocks falls. In winter, this waterhole appears blue in color and it looks green in summer. You will be surprised to see the plains of Bangladesh from this place. 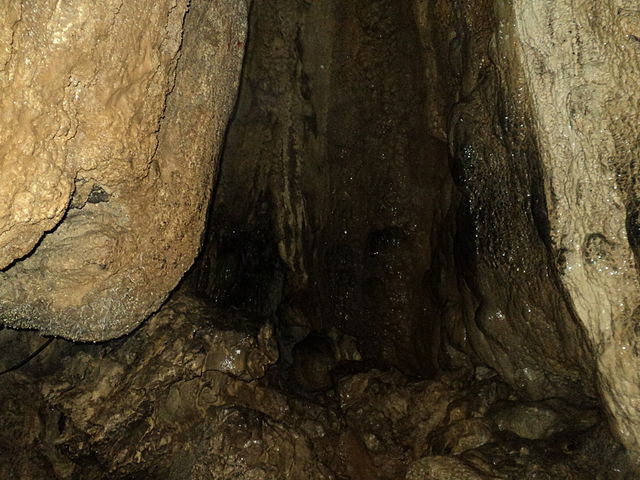 If you want to explore the minute details of rock formation and diverse structures of rocks, then Mawsmai Caves are the place to be. Once you get inside the caves, you will have mixed emotions. You will be scared, excited, nervous, cautious and thrilled all at the same time when you walk inside the caves! As its dark inside, you might try to escape unhurt while being extra cautious. The roof level is lower and hence you need to be strategic so that your head doesn’t get bumped somewhere while you walk ahead. A light system does exist but it fails to work many times. However, when the light system starts working, you will be amazed looking at nature’s wonder. 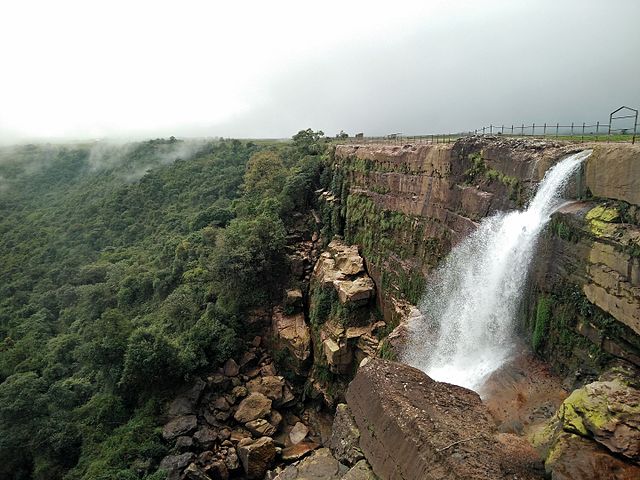 This is a soft waterfall and hence its sound is not that of a roar. The spectacular views would leave you mesmerized with this waterfall. Located at a distance from 5-km from the city, Dainthlen Falls has an interesting legend linked with it.

According to it, people killed a big snake who lived in the cave nearby to escape from his evils. There are several rock carvings which are believed to be of the snake which represents evil and greed. This story is the reason for the name of this waterfall. It derives its name from the word ‘Thlen’. The literal meaning of this word is a gigantic sized snake which lived in a cave. Many tourists throng this place to see these carvings.

These falls are the fourth highest waterfall in India. They go along the name The Seven Sister Falls and Mawsmai Falls. Sliding down straight from the height of 1035 feet, the seven streams fall from down the plateau, thereby justifying its name as the Seven Sister Falls. There are spectacular views of the waterfalls. The limestone cuttings make it all the more beautiful.

If you visit this place during monsoon, you will be surprised to look at the nature’s bounty. The rain waters fill the streams to their fullest and they can be seen inundated with water. They plunge down and form a rainbow which delights the tourists.

Besides these marvels of nature, Cherrapunji is blessed with wonderful weather and charismatic landscape. What makes this place most enduring is its pristine beauty and natural surroundings. If you are a nature freak and love exploring nature trails, if you love to be in the lap of nature, then pack your bags to see the most amazing gift of nature on Planet Earth existing in the form of Cherrrapunji.