A city which sees an intersection of cultures of Kannada and Marathi speaking people located in south-eastern Maharashtra is Solapur. Here are the seven places one can visit in Solapur. 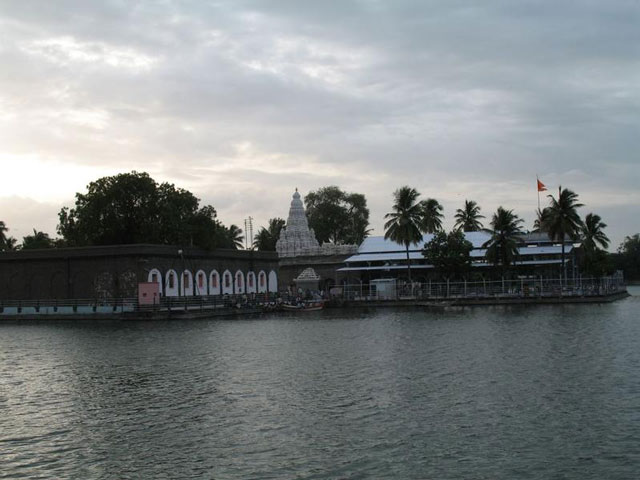 Situated in the middle of the Siddeshwara Lake is the Shri Siddeshwara temple. This temple is dedicated to Lord Shiva and is one of the most popular temples in Maharashtra. There are various small temples within the temple complex dedicated to deities like Goddess Rukmini and Lord Vithoba. The entire temple is built of marble and has three gates which lead to the beautiful courtyard.

This temple is believed to be the place where Shri Siddeshwara attained Siddhi and it makes this temple really special. 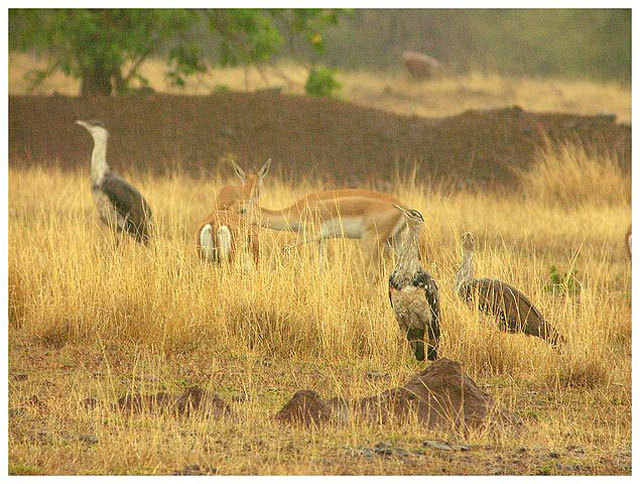 ‘Brown hued feathers, pale neck and great might’, that is how the Great Indian Bustard is and the Great Indian Bustard Sanctuary located in Solapur is one of the best places in the country to spot these birds. There are Eurasian doves, Monitor Lizards and many more such beautiful animals spread over a vast, green landscape.  A lot of patience and time is required to spot these majestic birds but it is totally worth it.

The Akkalkot Swami Maharaj Temple located in Solapur is a beautiful and significant religious centre built in memory of Shri Samarth Maharaj. Akkalkot has a beautiful temple dedicated to Lord Mallikarjuna. The huge temple complex has about 97 pillars and the location is very serene and beautiful.

Popularly known as the Bhuikot Fort, the Solapur Fort located in the Siddeshwar Temple area is an ancient fort which attracts a lot of tourists from all over the nation. There is an old temple dedicated to Lord Shiva within the fort and it is surrounded by plush greenery, there is an animal park which has a variety of animals such as rabbit, duck, peacock and monkey.

All these features make the fort a perfect place for picnic with family and friends. The amazing history associated with the fort makes it a major attraction for history buffs and aficionados alike.

Pandharpur, a pilgrimage city located on the banks of river Bhima is famous for the Vitthala temple. The architecture of the temple is pretty simple and elegant and it is hailed as the ‘Kashi’ of South India.

The exterior is a magnificent five storey structure and is considered as one of the significant Vasihnava shrines in India. There are small shrines dedicated to Lord Ganesha, Hanuman and Garuda, Rukmini Devi, Radhika Devi and there is a chain of small hills in the vicinity of the temple which is picturesque and makes for an ideal family outing.

Another major attraction in Pandharpur is the Vishnupada temple located on the Gopalpur Road. The Vishnupada temple is situated on the banks of the river Chandrabhaga. The shrine has sixteen pillars which have Lord Vishnu and Krishna in several postures and there are a variety of stone statues of Lord Vishnu and also rocks which bears the footprints of Lord Krishna and a cow.

The month of Margashirsha is when the temple sees the maximum tourism; it involves a very magnificent procession. The Pandharpur Railway station is about 4km away from the temple and one can reach easily.

The Hipparga Lake in Solapur is known for its population of flamingos and other migratory birds, the enchanting flora and the fresh, cool and soothing atmosphere this lake is infused with. Yevati Lake is another important lake in Solapur, it is one of the largest in Maharashtra. It is one of the major sources of water for more than forty villages. The water from this lake is considered to be pristine and fresh. Tourists are advised to visit these lakes and relax and refresh!

Solapur is an important place as a cultural, religious and historical confluence and upholds the tradition and cultural highlights of Maharashtra.