Aurangabad is a beautiful city which is eponymous with Mughal emperor Aurangzeb and is known for its historical monuments and for being the Tourism Capital of Maharashtra.

Apart from the hot summers (March to May) every other time of the year is very pleasant and beautiful to visit Aurangabad. Especially during the monsoon and winter seasons, the climate is very cool and salubrious for outdoor activities. 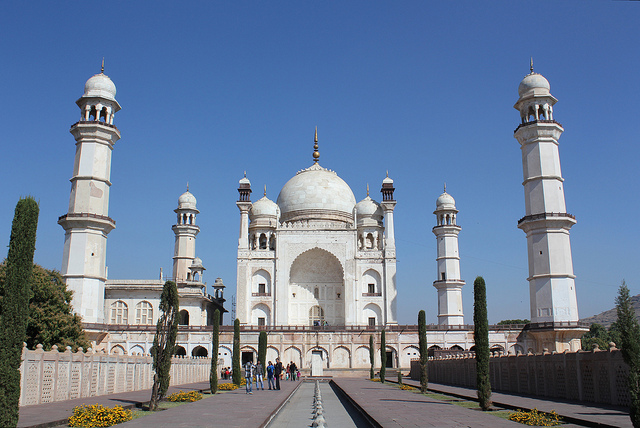 The structure is hexagonal and there are octagonal screens which are made up of white marbles providing a supporting structure to Rabia Durani’s tomb. An annual fair called the Bibi ka Maqbara festival is organized every October. 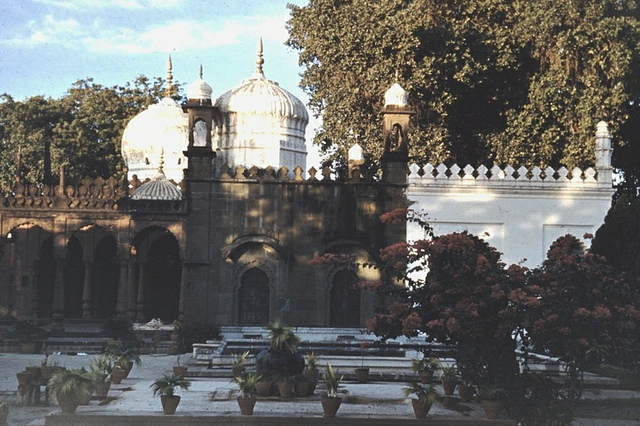 Located in Nagsenvan in Aurangabad is Panchakki, a watermill which highlights upon the scientific acumen showcased by Indians during the medieval times. The architecture of this complex is just enrapturing, for the one fact that it was the residence of Baba Shah Musafir, who was a popular saint! There is a mosque, a madarasa, a minister’s house, a court and accommodations for women.

An ancient library located there is now reopened which comprises of many manuscripts and books and the holy Quran present here has gold cover on both its sides.

Another historical landmark in Aurangabad is the Naukhanda Palace located in the Paithan village in Aurangabad. The palace though lies in a ravaged state, the five zananas viz, a masjid, a kacheri, a Divan i Khas, Divan I Aam and each has its own cistern and garden. There is a hot bath in the central building is one of the prime spots of tourist attraction.

There is also a huge portal leading to the Naukhanda palace which has the Barkal over it and over it the Naubatkhana was sounded. This palace has such vividly historical dimensions to it that it becomes hard to put everything in words!

Aurangabad is popularly known as the City of Gates for the 52 gates that distinguished Aurangabad from its other medieval city counterparts! The oldest of these gates is the Bhadkal Gate which lies near the Naukhanda Palace.

The Roshan gate, Kaala Darwaza, Mecca Gate and the Paithan gate which is the smallest, are a few of the fifty-two gates. This strategically constructed chain of gates is now a place of marvel for tourists and a place to relax and have a nice time with friends. 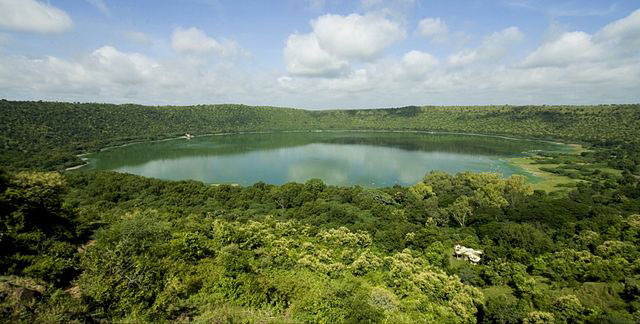 While Aurangabad might be famous for all the historical places, the Lonar Crater Lake located just a little outside Aurangabad in the Buldana district is a major tourist attraction for nature lovers. Its origin sounds like a figment straight out of a sci-fi movie which is because of a meteorite impact in that place.

The lake’s emerald green look makes it an amazing backdrop for photography enthusiasts. There are many temples such as the Hanuman temple and many others which stand in ruins such as the Daitya Sudan, Wagh Mahadev, Vishnumandir, and Goddess Kamalaja Mandir which attract tourists. Geology aficionados and eco-tourists are suggested to pay a visit to this lake.

Named after one of the pioneers in the field of ornithology in India is the Salim Ali Lake and Bird Sanctuary located in Aurangabad. To get away from the busy city life and the man made world, escape into the nature; with the Salim Ali Talaab and the little bird sanctuary where one can spot a variety of migratory birds, a rich biodiversity consisting of different herbs, shrubs, climbers, reptiles and many mammalian creatures. A feast to the eyes, salve to the ears and pleasure for the soul!

Aurangabad has the potential to showcase a resounding history, amazing food and great cultural heritage. Like a time, capsule, it transports us into the vibrant, rich historical past and the journey stays with us!