Deoghar, which literally means God’s House, is thronged by lakhs of devotees each year to seek Lord Shiva’s blessings.

It occupies a significant place in Hindu religion. The place has one of the 12 jyotirlingas of Lord Shiva.

Also there is a shaktipeeth temple. A big shrawan mela is organized each year here in the holy month of Shrawan. Deoghar enjoys a distinguished identity for holding two of the most pious temples together at one place which are jyotirlinga and shaktipeeth that are situated side-by-side. Between July and August, lakhs of people come here to offer holy water to Lord Shiva. While Baidhyanath temple is the most important center for religious tourism, there are many other unexplored destinations. Let’s know more about the five important attractions of the city: 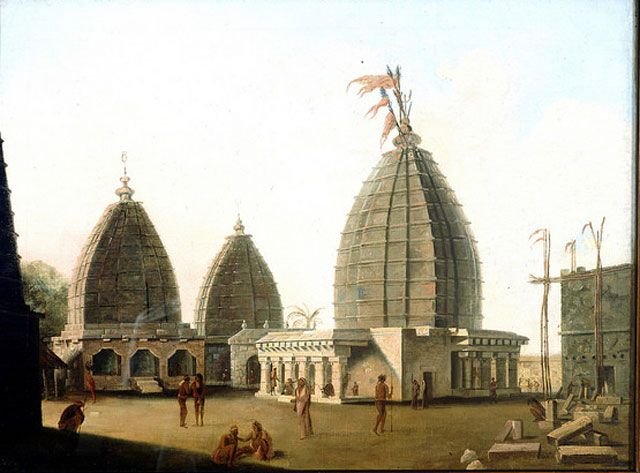 Painting by William Hodges, Photo by The British Library, CC0 1.0

This place is also called as Baba Baidyanath dham which is one of the 12 Jyotirlingas. These jyotirlingas are considered as the most sacred abodes of Lord Shiva. The temple is situated in Deoghar which finds place in the Santhal Parganas division in Jharkhand. There are 21 other temples in the same complex.

According to legends, Ravana, to please Shiva, started offering his heads one after the other. Ravana was known to have 10 heads. Shiva, pleased with his sacrifice, descended to cure him as he was badly injured. As Shiva played the role of a doctor (who is known as Vaidh in Hindi), this temple is called as Vaidhyanath Dham.

Lakhs of devotees’ throng to this temple during Shrawan month. The first place visited by them is Sultanganj, which is 105 km from Babadham. Here they collect water from Ganges which flows towards North and they walk 105 km to go to

Babadham. They keep chanting Bol Bam while on their way and once they reach the Dham, they sprinkle some water on them and rest on Jyotirlingam.

This is one of the longest religious fair in the entire world.

This is a small hill situated on the town’s edge housing Nandi temple. It faces the Shiva temple and is located at a distance of around 3 km from Baba Baidyanath Dham station. The hill has many temples of Shiva, Goddess Parvati, Ganesh as well as Kartik. Beautiful views are seen from this hill. Sunrise and sunset look beautiful from this place.

There is a famous park, Nandan Hill Entertainment Park. The amenities available here include swimming and boating which makes it one of the favorite destinations of children. It is also one of the ideal locations for picnics. Nandan Pahar has a ghost house, mirror house, a restaurant and a huge park for kids.

At a distance of 200 meter from the Baba Baidhyanath Temple, there is a water pool which is called Shivganga. According to legends, this pool was created when Ravana struck the earth with his hand to dig out water. He wanted to wash his hands after urinating so that he could hold the lingam which was being taken to Lanka. 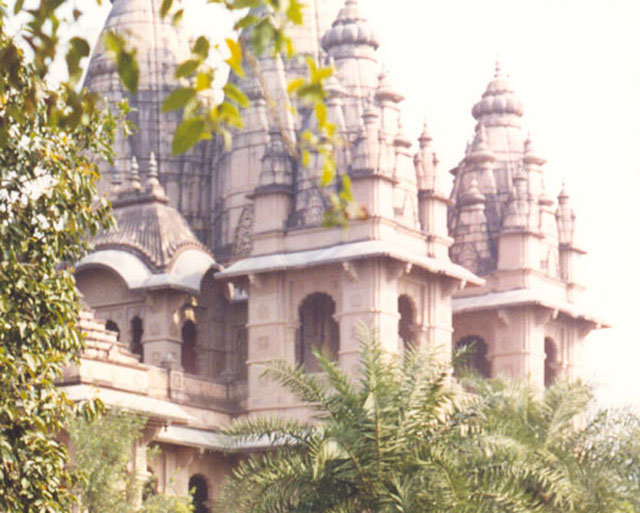 This is a Radha Krishna temple which is 146 feet in height. As a total of nine lakh rupees were spent to construct this temple, it was named as Naulakha temple. The funds were donated by Rani Charushila from Pathuria Ghat King’s family in Kolkata. The location of this temple is beautiful and you will find immense peace here.

Hence, it won’t be wrong to say that Deoghar is the land of temples. You will get tired visiting from one temple to another but the list wont exhaust.

So if you too want to wash off your sins and are interested to get one of your wishes fulfilled, you should visit Deoghar once.