A jolly, recreational getaway for the entire family after the stressful period of examinations and heavy workload is the cool, refreshing district of Una in Himachal Pradesh. A bonus point for all the travelers who are looking to cover many other places is that Una shares its border with Hoshiarpur and Ropar district of Punjab, which also is a great tourist destination.

The best time to visit would be during June-September. The local destinations can be visited at any time of the day. 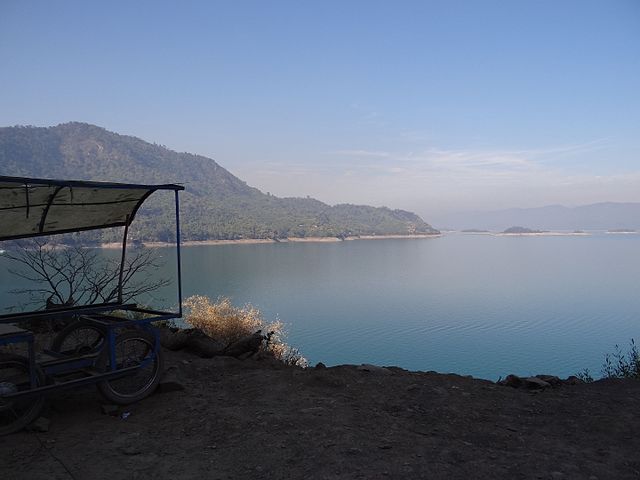 A salve for a restless mind and a visual treat, this lake paints a beautiful canvas for a photography enthusiast. Easily accessible by road, one can travel by bike till the banks of the lake while cars can be taken till a half a kilometer. Sports enthusiasts can enjoy the various water sports such kayaking, sailing, water-skiing, ferry rides. Fishing is a major culture here with about 50 species of fishes. It is a perfect rest-stop for pilgrims who head towards Baba Balak Nath. The best time to visit is during the months of October-November.

Also known as Maharana Pratap Sagar reservoir and considered to be one of the top 25 dams in India, Pong Dam which is at a height of 450 m is considered to be the highest earthen dam in India. This dam caters to not only the ones seeking a peaceful time by the trickling sound of water but also for nature lovers, bird watchers, trekkers. A lot of wild animals such as leopards, wild boars can be spotted. There are a lot of budget-friendly hotels in and around and one can reach this place by air (nearest is the Dharamsala airport), by train (Pathankot station).

Photo by Gopal Aggarwal, CC BY 2.0

The Chintpurni (also known as Chinnamastika) temple is considered as a Shakti Peetha. The mythological aspect tells us that the main Goddess is symbolic of separation of one’s consciousness from the materialistic bonds of the world. This temple is situated on one of the highest peaks of the Sola Singhi range. There are a range of temples nearby such as Jwalamukhi temple, Masroor temple, Thaneek Pura. Tourists can take their vehicles till the Chintpurni bus-stand and usually walk for another 1.5km. The best time to visit would be October and November and the temple is usually open from 5 am to 9:30 pm in winter. One can reach there by the HRTC buses. By air; the nearest airport is Gaggal about 60 km from Chintpurni. By rail; the closest station is at Hoshiarpur and Amb Anduara.

Situated at a distance of about 3 km from the Chintpurni Shakthi Peeth Shrine is the hamlet of Thaneek Pura. This place caters to a variety of tourists; be it religious people or just admirers of nature who look to travel. It is flanked by western Himalayas in the north. There is the Ancient Heritage Deep well and it has a conducive atmosphere for forest camping and trekking, numerous temples such as Radha Krishna temple, Mahiya Sidh temple. October-November is the best time to visit.

Built by the king of Kangra Sansar Chandra, the Kutlehar fort (also known as the fort of Sola Singhi) which is of both historical and architectural importance is located at a height of 4500 m and ten out of the sixteen forts are situated opposite the Pong Dam lake which again is a tourist attraction. The intricacies in the architecture of the fort complemented by the scenic beauty all around make it a perfect destination for a one-day visit with families and friends or just solo trip to free the mind!

All in all, one can say that Una, with its extremely cool atmosphere and a variety of tourist destinations is the one place that every tourist must visit to enjoy the essence of nature and the man-made marvels!