With the tailor-made sobriquet of ‘City of Red Gold’, and ‘The Mushroom City of India’, Solan is the district headquarters of the Solan district, Himachal Pradesh. The place is an eponym of the Hindu Goddess Shoolini Devi. Its salubrious climate is a welcoming feature for tourists all year round. It is located at a distance of 46 km south of Shimla. 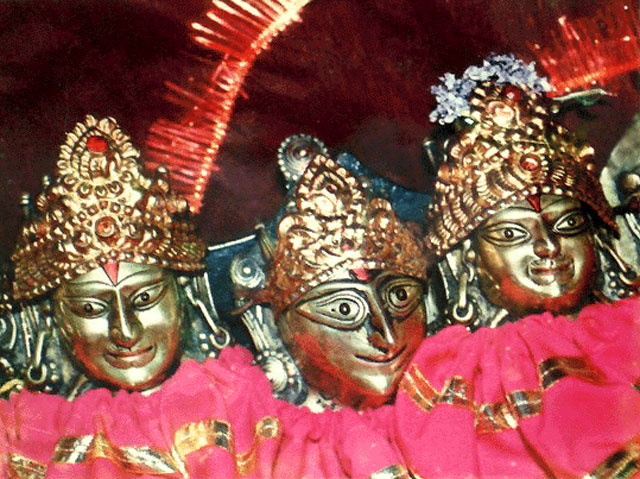 Located at a walking distance from the Solan bus stop, the Shoolini Mata temple dedicated to the presiding deity Shoolini Devi, is one of the prime tourist attractions. Thousands of devotees, globe trekkers alike throng the temple in huge numbers and while many are ardent believers, some go there to marvel at the simplistic yet beautiful architecture. This temple is open throughout the year from morning to evening.

Located on the temple road in Jatoli, only about 6 km from the city this spectacular display of grandeur enshrining Lord Shiva is the highest Shiva temple in the whole of Asia. Analogous to how people believe in the holiness and sanctity of the Ganges, there is a water tank on the northeast corner of the temple called ‘Jal Kund’ which people consider pious. Tourists can rejoice in the annual fair which is spectacularly conducted during the auspicious occasion of Mahashivaratri.

Apart from the intriguing puranic stories that we get to hear about this temple, the fact that there is a cave inside where Swami Krishnananda Paramahamsa resided is a true attraction and every tourist is suggested to pay a visit to this temple.

Located on National Highway 22, Dagshai this former British prison is a destination one must visit owing to its background of India’s freedom struggle. This jail which is now being used for Junior Engineer and Go down by the MES was once a slaughter house where the morale and courage of the Irish serving in the British Service during the 1900’s was diminished to dust. As strenuous as it is for us to stare into those empty cells where people were once tortured, this place is now converted into a museum for public viewing and is the only jail museum in India apart from the Cellular jail in Andaman.

Located on State Highway 9, Kishangarh, Kuthar, the magnificence of the Kuthar fort lingers beyond its expanse of 53 sq.km. This heritage site is one of the oldest forts in Solan dating about 800 years back. The vast ambit of boundless lush greenery and a variety of flora transports one to a beautiful trance. A part of the fort is now converted into a luxurious resort from which one can view the beautiful hills around. Within the fort there is an ancient temple, and evergreen garden and freshwater springs. Just sit back and relax in the lap of mother nature and refresh your mood!

Situated at a distance of 12 km from Solan town the Bon Monastery is the second oldest in the world. Renowned for its association with the followers of Bon, this architectural marvel is a stunning sight. Amidst the cool blue sky, and the lush green trees this monastery has an aura around it that captivates every tourist.

There is an amazing statue of Tonpa Shenrab Miwoche and the monastery is a center for religious ceremonies and rituals which people perform regularly. And the sight of hundreds of monks intonating in peace is a soothing sight. 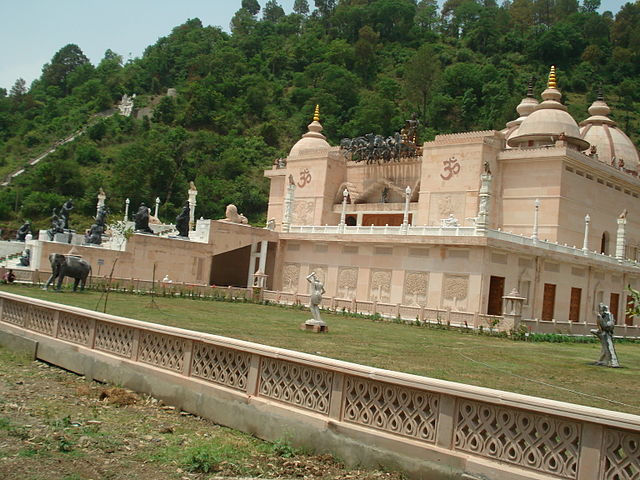 Located on the Mandir Road, Hart village is North India’s first ever ancient heritage park and the largest in Himachal Pradesh. Filled with unique, quaint structures such as statues, statuettes, sculptures of Gods and Goddesses to Plaster of Paris exhibits of animals; from vast expanse of greenery, picturesque landscapes, enthralling bird views and a wonderful backdrop for photography this assorted heritage park also has herbal therapy centers, temples (Kali ka Tibba temple), study centers, open theaters and much more. While some are just awestruck by its grandeur, it is suggested that you visit this place on two separate days to assimilate the beauty of this place.