Once upon a time, Rudyard Kipling had said, “Surely the Gods live here; this is no place for men,” after visiting Keylong. It seems that these words emerged after looking at the exhilarating mountain ranges surrounded by the lush green ambience around. Keylong has also been known as the Land of Monasteries. The place has proved to be a paradise for bikers and adventure seekers also. You will be surprised to see the spectacular views of four peaks which remain covered with snow throughout the year.

Situated at a height of 3350 meter above sea level in Himachal Pradesh, Keylong will make you spoilt for choice owing to many scenic locations present here. A few of them include: 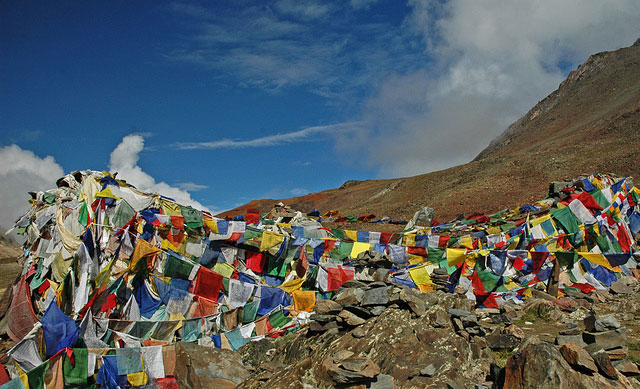 It’s one among the world’s deadliest trek enroute Ladakh. It is situated at a height of 16,040 feet in the Zanskar Range in Jammu and Kashmir.

This is a place where Zanskar, Pir Panjal and the Great Himalayas – meet. In Ladakh, it’s one among the highest passes at 73 kilometers stretch from Keylong. The Bhaga river could see gushing a little far off from the Bara-lacha Pass. This river is Chandrabhaga river’s tributary which originates from Surya Taal Lake. Several treks commence from this point. Heavy snowfall during winters lead to the closure of this trek.

If you are visiting Leh from Manali, you should cross this pass by 12 noon as there could be snow melting leading to the formation of water streams which could hinder your journey. 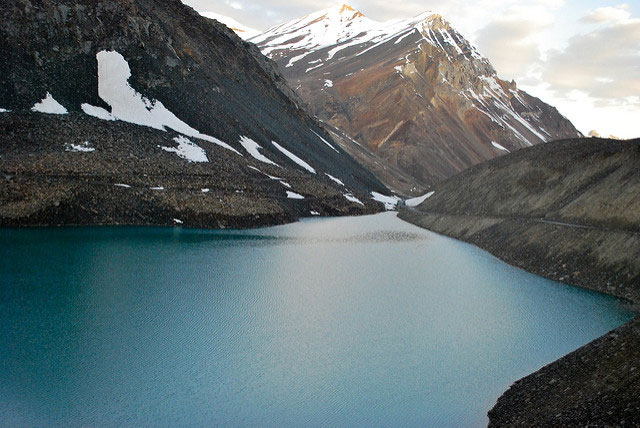 This is a beautiful glacial lake situated at an altitude of around 16000ft. Owing to its ultimate beautiful ambience, it acts as an eye blower. While travelling from Leh to Manali, you can reach here soon after Baralacha la Pass. You can get all facilities like accommodation, food, puncture, car servicing etc at the nearest town, Keylong. If you are interested to stay in tents, you can visit Jispa which is renowned for organizing tent safaris. As Suraj tal runs along the national highway, there is no need of derouting. The month of June could be the best time to visit here as the lake won’t be frozen and you can also see the snow simultaneously.

This monastery narrates the tale of strong linkages existing between the valleys of Lahaul and Spiti and Buddhism. The scholars from across the world have been visiting here to gain knowledge from the prominent learning centres existing in these monasteries. Shashur Monastery is one among the most revered gompas in this region. It is situated at 2 km stretch from Keylong and can be accessed from Manali, which is 37 km from here. The drive to this place is breathtaking owing to beautiful surroundings around.

Lama Deva Tyatsho, who was a missionary of Bhutan’s king, built this monastery. At a little later stage, it was renovated by Lama Dewa Gyatsho who gave this place its present look. The monastery is owned by the Red Hat Sect. Climbing up is a little tough task here due to the rough terrain. Also, you will be spellbound to see the beauty of mani wall (piles of prayer stones) which carries the sacred mantras of the Buddhists on it. 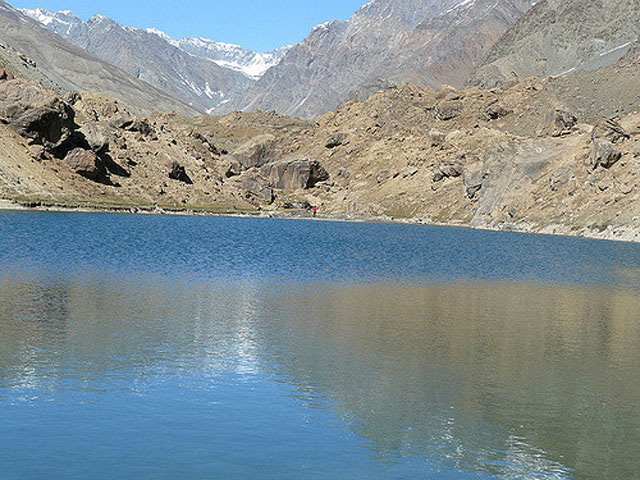 A tiny yet beautiful lake with crystal blue waters is situated at a height of around 12300 feet. Owing to crystal clean waters, it is often being compared to Blue sapphire. It is situated around 50 kms from Keylong on Manali-Leh Highway in the state of Himachal Pradesh. It is accessible and ends in a small waterfall.

Hence, it won’t be wrong to say that Keylong is a pretty town which is blessed with ancient art, culture and heritage. With lot many monasteries in its kitty, it exists as one of the main centers of Buddhism. There is a small temple of local deity, Kelang Wazir, as well which is thronged by devotees. You too can explore the rich culture of this place by visiting in this paradise once!