Are you interested to know more about the Tibetan culture? Are you also keen to explore nature? If the answer is yes to both the questions, then you should visit Dharamshala which could be the best place for you!

Nestled in the higher reaches of Himachal Pradesh in Kangra Valley, this small but pretty place is 14th Dalai Lama’s seat. The tall deodar trees surround the town. You could see lot many Tibetan refugees around. This tiny town is their home now. Dharamshala is flocked by tourists, from India as well as from foreign nations who are eager to explore nature to its fullest. Also those wanting to know more about the Tibetan culture and heritage are visiting this place in large number.

Now, let’s list the best 10 places which you must visit in Dharamshala: 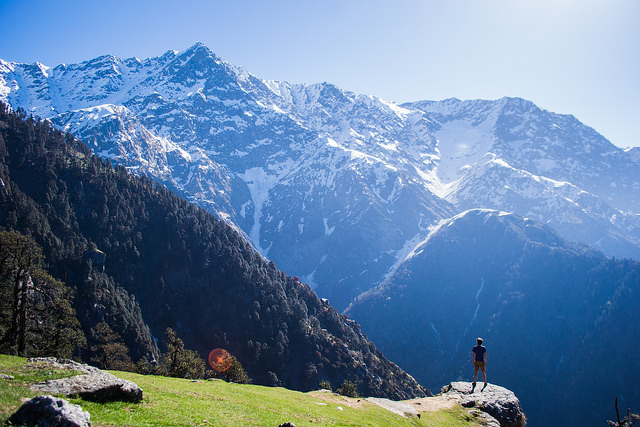 A popular trekking spot giving wonderful views of Dhauladhar mountains on one side and Kangra valley on the other side has made this spot popular among tourists. The trek is not that difficult and hence can be approached by all people of all ages. The combo presence of oak, deodar and rhododendron makes this location all the more beautiful. In January and February, the trek mostly remains covered by snow and hence it is not advisable to visit this attraction in these two months. Rest of the months are fine to visit this place. 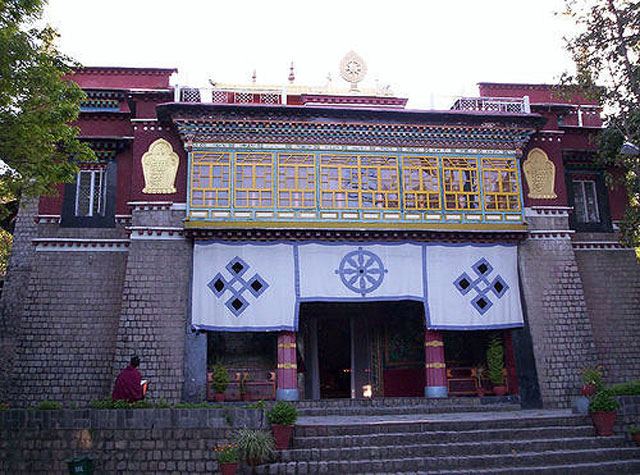 Seat of Happiness Temple, Photo by meg and Rahul, CC BY 2.0

With a view to receive the ancient art and culture of Tibetans in all its forms, Norbulingka Institute was founded in 1988 at Sidhpur. The credit of building this institute goes to Kelsang and Kim Yeshi who did promise to work for the preservation of the Tibetan culture in all its literary and artistic forms. They worked hard to build this institute.

Norbulingka is the traditional summer residence of the Dalai Lamas, and hence the institute is named after it. The temple’s ground plan has the foundation base on Avalokitesvara’s proportions, meaning the thousand-armed god of compassion and the temple plays the role of his head. 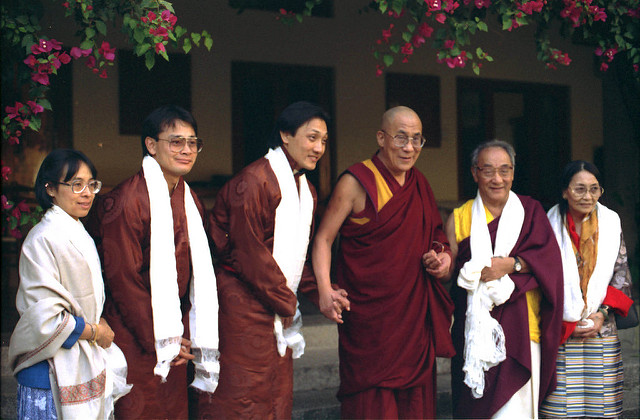 Photo by Wonderlane, CC BY 2.0

If you are searching for a place where you can meditate along with chanting monks and where you can enjoy long calm walks, this could be a right place for you. The Dalai Lama Temple Complex is a peaceful location right in the nature’s lap in Upper Dharamsha. It’s a short walk off from Mcleod Ganj Bus Stand. The colorful prayer flags appeal one and all here.

Can you imagine a cricket stadium which is situated on high slopes and has a background of snow-clad mountains? I know it’s a little tough to believe but then HPCA Cricket stadium is one such stadium where there is the same pretty background and it is located on high slopes. In recent times, Dharamshala has become synonymous to Dalai Lama, Tibetans and this HPCA Stadium. The stadium presents stunning mountain scenes, serene surroundings, pretty meadows and amazing views. 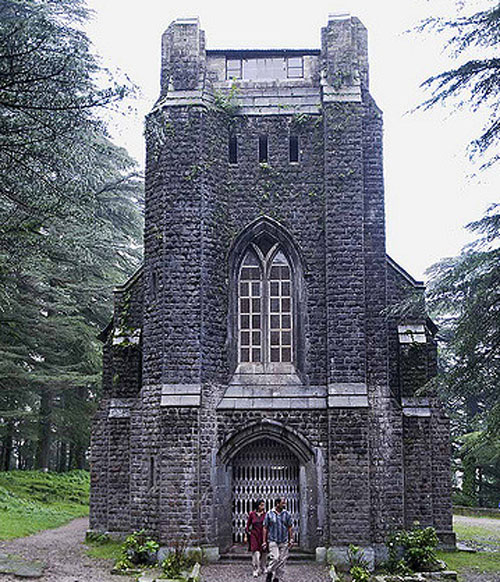 One of the most ancient structures of the town, Church of St. John is surrounded by lush green surroundings. It’s situated at an hour’s drive from Dharamshala. The Church was built in 1852, which was neo-Gothic and the only structure present in the town. As it was constructed inside the dense woods, it is also called as

‘St. John in the Wilderness’. 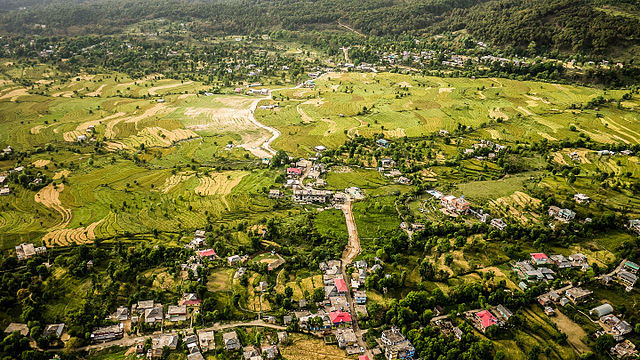 If you want to bask in the nature’s lap, where there is a beautiful valley, pretty mountain peaks, gushing rivers and green surroundings, you should visit the Kangra valley which is known as one of the most picturesque valleys in the lower Himalayas. As Dharamshala had Buddhist monuments around, this valley is surrounded by Hindu temples such as Chamunda Devi, Bajreshwari Devi, Baijnath Shiv temple and Jwala Devi ji. There have been many invasions in this area but the art and culture survived the ethos of change and are presently known across the world owing to exquisite designs.

7. The Dal Lake in Dharamshala 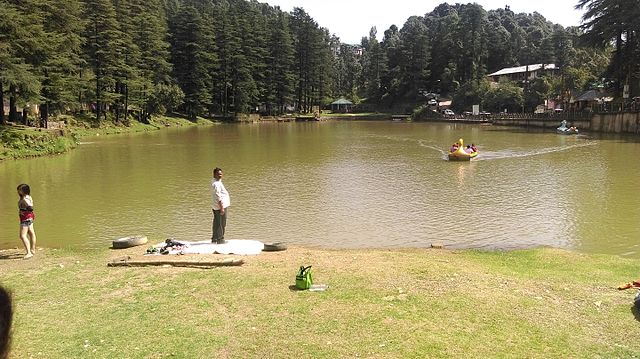 There is another Dal Lake in Dharamshala which competes the Dal Lake of Kashmir. Spread on an area of 1 square kilometer, it is surrounded by tall deodar and juniper forests. It’s one of the most popular picnic spots and has a Kali Temple on its shores. A huge annual fair is organized each year in this temple which bring a large number of devotees here.

Wheels of time, that is, the Kalachakra, is something which one should never miss when he is here. It’s a pilgrimage where there are beautiful murals and the architecture is quite attractive. It is situated near the famous Tsuglagkhang Temple. The monks have made this temple their public teaching center. People throng here before visiting the Tsuglagkhang to see wheels of time in its architecture. 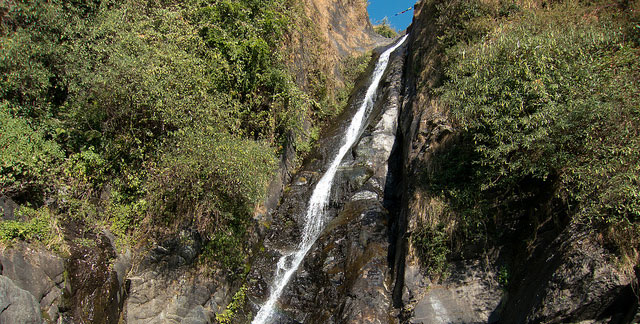 Enjoying a strong historical significance, Bhagsu Waterfalls are beautiful, which will make you relaxed and rejuvenated. There are no motors available in this trek and hence you need to walk on foot. Scenic falls, steep stairs and lot many cafe shops would leave you gasping for more.

This is a temple dedicated to Shiva and Bhagsu Nag, the snake God. It is situated in Bhagsu village. There is a fresh water spring near the temple where devotees take a holy dip before getting into the temple.

The village was once dominated by shepherd however with high number of tourists visiting here, it is now converted into a tourist town with lot many guest’s houses located at short stretches. Also there are many local restaurants here catering to the taste buds of tourists.

Hence, if you are looking forward to explore the gifts of nature in different forms, that is the valleys, the waterfalls, the hills and the hillocks, then you should definitely visit Dharamshala! You will also be knowing more about the Tibetans and their culture once you are here!