Narnaul! This historic town in Mahendragarh has several credits to its name. It is the birth place of renowned personalities such as Birbal and Shershah Suri. While Birbal was one of the significant personalities of Akbar’s court, Shershah Suri was the warrior who challenged the Mughals and was successful to threaten its rule. The town has many beautiful monuments which blend the Mughal, Rajput, Persian and the British architecture. It houses many historical sites dating back to medieval era ruled by Mughal and Rajputs. One of the famous Ayurvedic brand, Chyavanprash was initially manufactured here in Doshi which is a sacred hill and is around 8 kilometre off from Narnaul.

Now, let’s figure out four important destinations which should be visited once when you are in Naunaul: 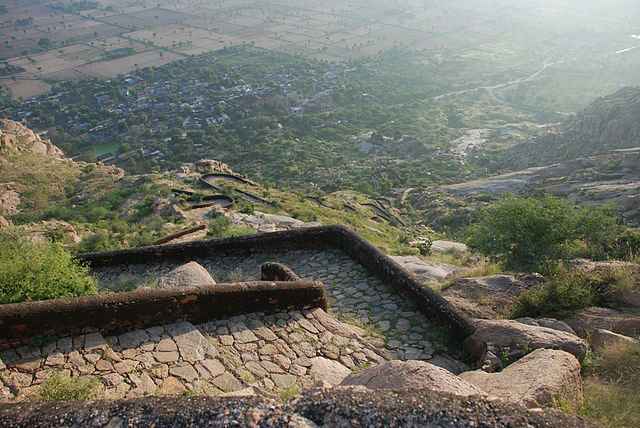 This is a renowned place which witnessed the manufacturing of one of the most renowned Ayurvedic brands known as Chyavanprash. It was made by Chavan Rishi who was practising penance on the hill for several years. Situated on the western side of Narnaul at a stretch of eight kilometre, it is located near Kultajpur and Thana villages. The hill also houses a ruined fortress on the hill top which, it is believed, was built by King Naunkaran of Bikaner. A temple dedicated to Chavan Rishi could also be seen here.

2. The temple of Chamunda Devi 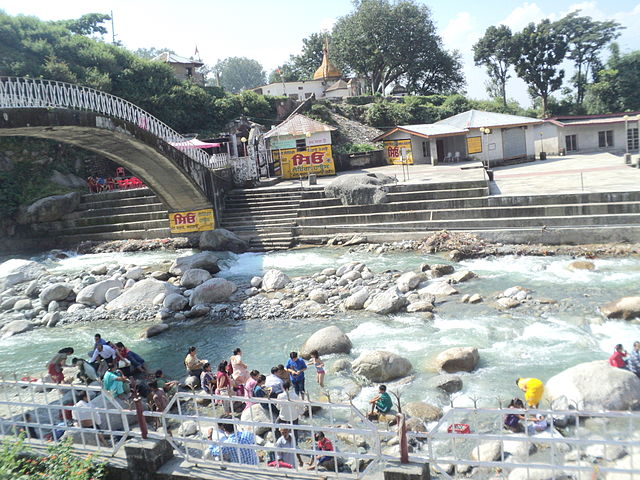 This temple is situated in the heart of the city and was built by one of the greatest devotees of Goddess who was none other than Raja Naun Karan. With the coming of the Mughal era, the temple turned into ruins. However, it was post-independence when the locals here discovered this ancient temple and renovated it again. Presently, many celebrations are reported here in this temple during festivals like Ramnavmi and Navratri. People have a firm believer in these temples and they believe all their wishes get fulfilled when they pray here. 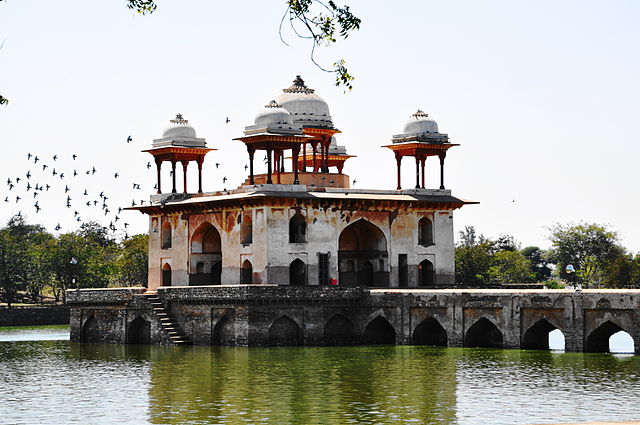 This monument stands as a live example of indian and Persian architecture. Built in the year 1591 by Shah Quli Khan, an officer during Akbar’s reign, Jal Mahal is surrounded by four minarets which contain staircases that take you to the top of the monument. The walls inside the mahal are decorated with golden colours which adorn the ceilings as well. There are paintings and design and beautiful geometric patterns which turn the attention of every visitor towards them. It stands in the form of a large water tank situated in the central part of the mahal. The construction of this water tank was completed in the year 1593 and presently, it is being managed by the Haryana Government. Recently, it was repaired which led to the increase of footfalls here.

A beautiful statue of Hanumanji here will surely draw the attention of every visitor towards it. This temple is situated at a distance of 5-km from the city centre and was constructed during the ruling regime of Mughals in Raghunath Pura. The devotion of devotees stands high on each Tuesday. A large number of devotees could be seen gathering here on this day each week to perform aarti and puja.

Hence, it won’t be wrong to see how this place speaks the story of times when this town was ruled by Mughals, Rajput and Pathani rulers. Eventually, it is a paradise for history buffs. So if you want to explore the ancient and medieval period existing here live in the form of different monuments, you should make a quick visit to Narnaul. You are sure to fall in love in the pristine monuments here which tell the tale of different eras.