You might have heard of Razia Sultan! She was the first woman ruler in India who did shake up other ruling dynasties around. She took her last breath in Kaithal. Her mazar also known as tomb exists here in the city and could be visited in Kaithal which presently falls under Haryana state.

Originally called as Kapisthal, meaning Kapi’s abode, this town has links with Hanuman. Some stories say that Yudhishtra, the elder among Pandavas, founded this town.

There are many wonderful attractions in the town existing in the form of ancient monuments which should be visited once when in city. They are: 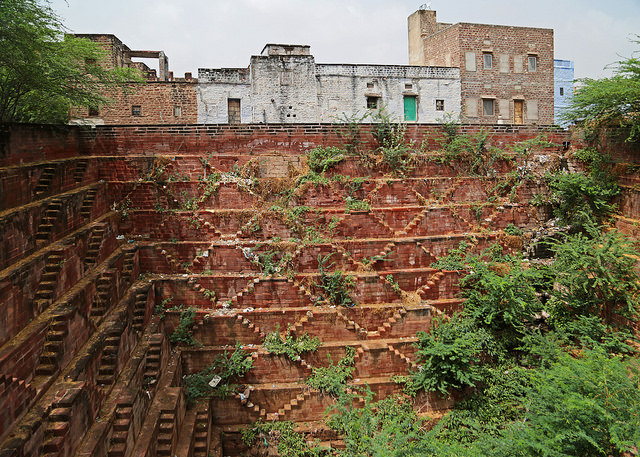 Situated near the government Hospital in the Kaithal, this structure, it is believed, was constructed in Circa 18th and 19th century AD. It’s a three-storeyed building existing in the form of step-well. Locally, this place is known with the name of Bhai ki Baoli. There are descending steps which take you down to the well. Both the sides of the steps have thick walls which are decorated with closed arched like doorways. According to estimates, it was constructed by Bhai rulers who ruled here from 1767 to 1843 in Kaithal.

This ancient temple is situated on the bank of pond located in Kalayat town and is under the protection of government of India. According to historical evidence, it was constructed in Circa 8th century AD.

Kalayat, it seems, have been derived from Kapilayatana, which means ‘sage Kapila’ home’. The stories say that there were five such temples but with times, three got washed away and now there are only two temples which have survived the challenges of time. Both these temples date back to circa 8th AD.

They are built of carved bricks while using fine and thin mortar. They display the traces of early Hindu architecture and there is a beautiful use of flower kind motifs derived from specimen of Gurjara-Pratijara style. The arrangements of the carved bricks make the most striking feature of these temples.

Situated at a distance of four kilometre from Siwan village, this place is locally called as Siwan Polar which dates back to eighth century BC to second century AD. It is located in village Then Polar and is under the protection of government of India. It houses amount of Then Polar which it is believed was the same village site which was shattered in the Mahabharata war. This site is located on Rigvedic river Saraswati’s southern block, which is 10 km from Kaithal. During an archaeological excavation, many interesting stuffs were dug out which include coins which were used during the ruling regime of Vasudeva and Yaudheyas dynasties. The other stuff dug out included clay seals, pottery, copper vessels etc. Earlier, stuff related to Indo-Greek period was dug from this location.

4. Forts and Palaces of Bhais

These were the Jat rulers who ruled the princely state of Kaithal. In local terms, they were called as Bhais and they did construct several buildings with antiquarian interests. There is an oldest palace here whose specific feature is an underground escape tunnel. Bhai Udey Singh, the last chief of Kaithal, did build another palace, which is constructed on European pattern and it now serves as administrative officers’ residence.

He also constructed an imposing palace at Pehowa which was named as Garden House. Its unique styled entrances and an elegant appearance has earned it laurels owing to its exquisite architecture.

Hence, the town Kaithal, enjoys immense mileage in terms of history and architecture. Different rulers have blessed this town with different kinds of architecture which stand with pride narrating the tales of history. If you too want to explore more on history, you should visit this place once which will take you back to the ancient era where you can relook into the past while being staying in the present era.